After a record turnout for the UniFrance online festival in 2017 with almost 7 million views of the selected films, the best of new-generation French cinema will be available online once again from 19 January to 19 February 2018, worldwide!

MyFrenchFilmFestival is the first entirely online Francophone film festival.For eight years, the festival has invited web users to discover films that represent the diversity and creativity of contemporary French filmmakers, as well as the French cinematic heritage of all genres, for an entire month. Comedies, thrillers, romances and dramas will receive equal billing, regardless of their length.

The festival offers a selection of 10 short films and 10 feature films in competition, completed this year by 4 features and 3 shorts presented out-of-competition. All of the films are subtitled in 10 languages, including French and English. The short films can be viewed free of charge worldwide, while the feature films have a viewing fee (€1.99 per film or €7.99 per pack).

The complete festival selection and Filmmakers’ Jury members will be unveiled on 9 January 2018 in Paris. The Audience Award, Filmmakers’ Jury Award and International Press Award will be announced at the end of the festival.

Click here for the festival’s official website * MyFrenchFilmFestival is organised by UniFrance, the organisation in charge of promoting French cinema throughout the world. 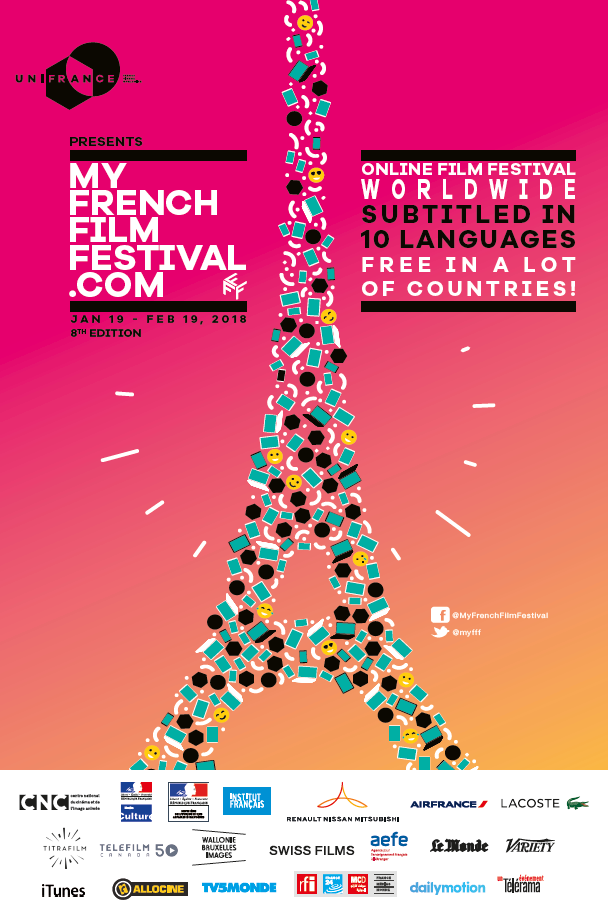