Mrs. Hélène Conway-Mouret, Minister attached to the French Minister of Foreign Affairs in charge of French Nationals Abroad visited Hong Kong on October 5th and 6th. During her visit, she met the major officials of the Hong Kong SAR Government and the representatives contributing the promotion of France in Hong Kong.

On October 5th, the Minister paid a visit to the Consulate General of France in Hong Kong and Macau, UbiFrance and Invest in France Agency and met the consular agents, before having the luncheon invited by the French Foreign Trade Advisors. 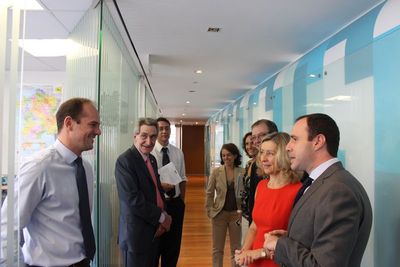 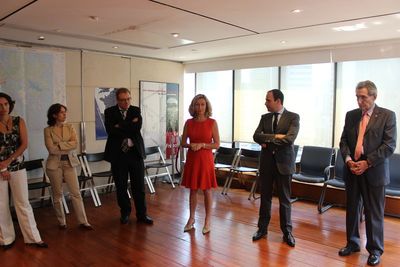 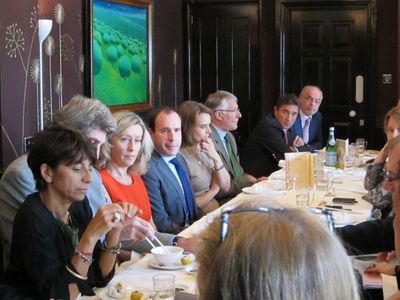 In the afternoon, she met Mrs. Carrie Lam, Chief Secretary for Administration, N°2 of the HKSAR government and Mr. Eddie Ng, Secretary for Education of HKSAR government respectively at Tamar Central Government Offices. Mrs. Hélène Conway-Mouret delivered her condolences for the death of 39 persons in the boat accident on October 1st. They discussed on various aspects on the bilateral relationship between France and Hong Kong and reviewing the current and future co-operations.

After expressing the importance of the relationships between France and Hong Kong in a press conference, the Minister then participated into the launching ceremony of a historical book « Hong Kong French Connections – From the 19th Century to the Present Day ». The ceremony was successfully held at the “Victoria House”, the residence of the Chief Secretary for Administration, with the honorable presence of the Chief Secretary herself Mrs. Carrie Lam. One minute of silence was conducted in memory of the victims of the boat tragedy on October 1st.

Please click here for the speech of Mrs. Hélène Conway-Mouret during the ceremony. 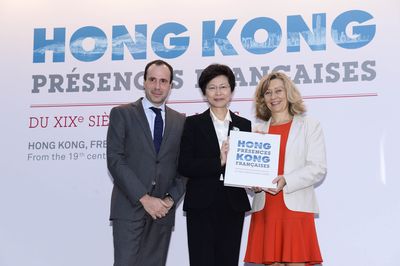 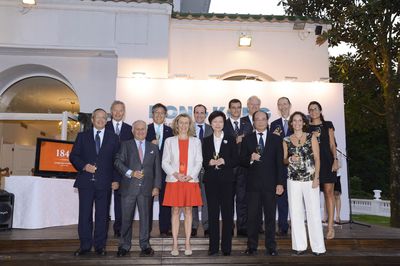 On October 6th, the Minister visited the “Fine Art Asia 2012”, where she met the organizers and the French galleries which share more and more their influences year by year. 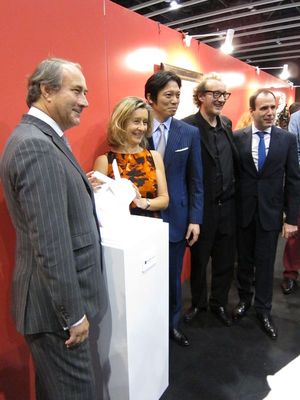 Besides, she also visited the construction site of the future shipping terminal at Kai Tak, carried out by the French company Dragages.

Mrs. Hélène Conway-Mouret terminated her visit in Hong Kong by a reception at the French residence held by Mr. Arnaud Barthélémy, Consul General of France, with the presence of the representatives of the French community in Hong Kong.

Please click here for the speech of Mrs. Hélène Conway-Mouret during the reception (in French) 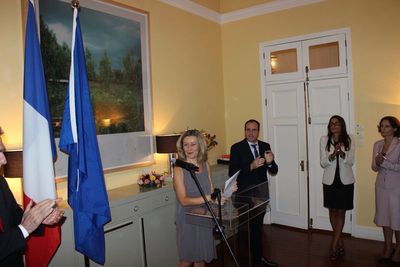