On Monday, 7 December, 2015, Madam Wing-Sie Yip, the music director of the Hong Kong Sinfonietta, received the honour of “les insignes de Chevalier dans l’Ordre National du Mérite” from the Consul of France in Hong Kong and Macau, Mr. Eric Berti, at the Residence of France. 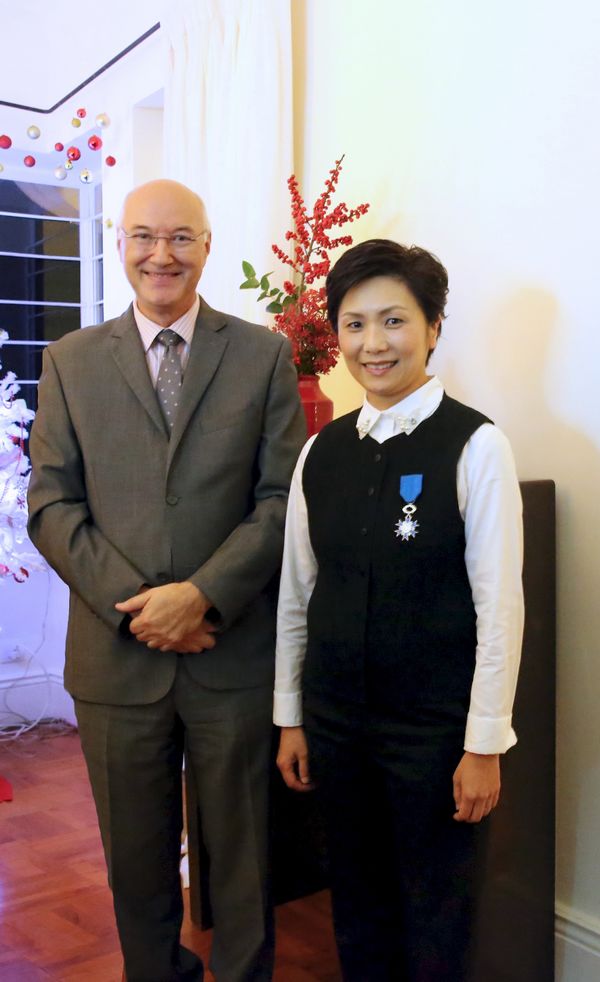 Since her reception of the honour of “Chevalier dans l’Ordre des Arts et des Lettres” in 2007, Madam Wing-Sie Yip has constantly prolonged her effort to promote French music in Hong Kong: She offers regularly some French repertoire and invites frequently French soloists during her activities as conductor and music director of the Hong Kong Sinfonietta.

Moreover, she has contributed to the co-operation between her orchestra and the French May, which is the French cultural festival organised every spring.

Madam Yip doesn’t hesitate to co-operate avec French musicians and to highlight our brilliant compositors at the international level when she is invited by other groups and when she leads tours of her orchestra abroad. 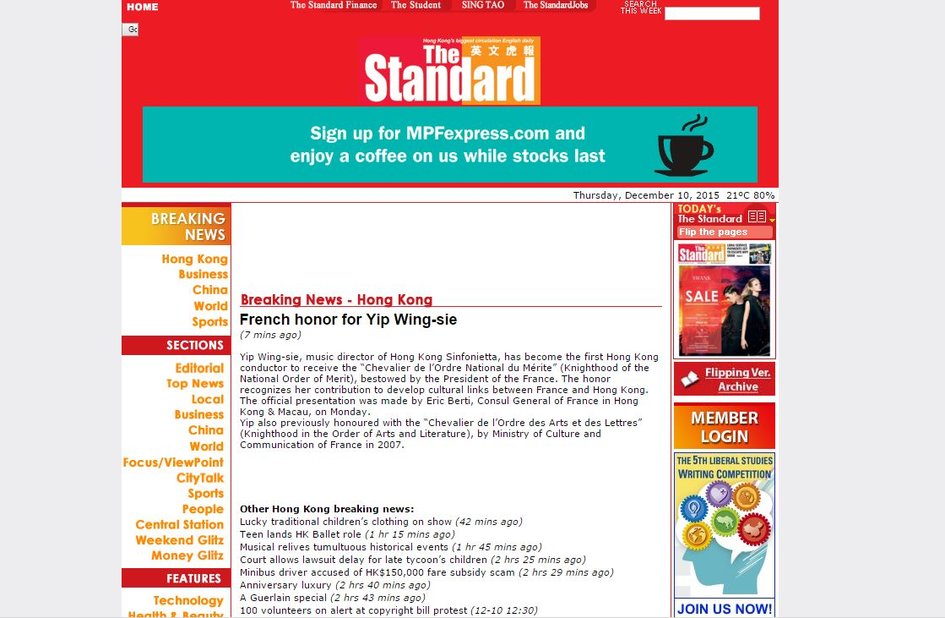 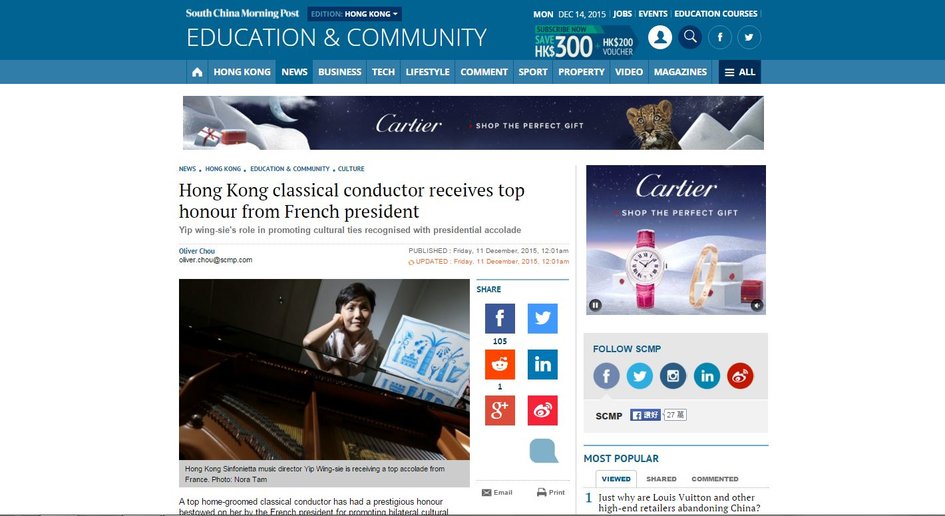 The news article of "The Standard" about this event

The news article of "South China Morning Post" about this event

The news article of "Wen Wei Po" about the decoration

The news article of South China Morning Post "For the arts in Hong Kong, 2015 was year of firsts, friction, departures and delay"

The news article of The Standard "Babies welcome at Sinfonietta concert"