Consul general Eric Berti celebrated French National Day and the 30th anniversary of the Alliance Française de Macao on 15 July 2017 at Sofitel Macau Ponte 16. Ms Chan Hoi Fan, Secretary for Administration and Justice of the Macau SAR, was the guest of honor at the official reception. 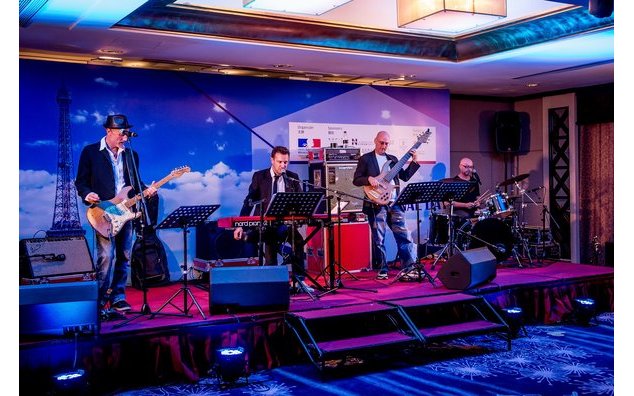 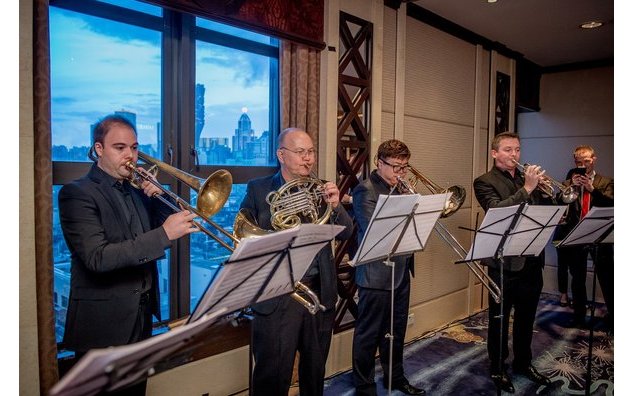 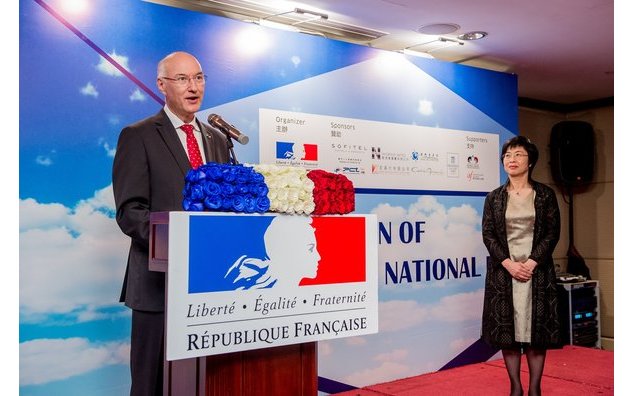 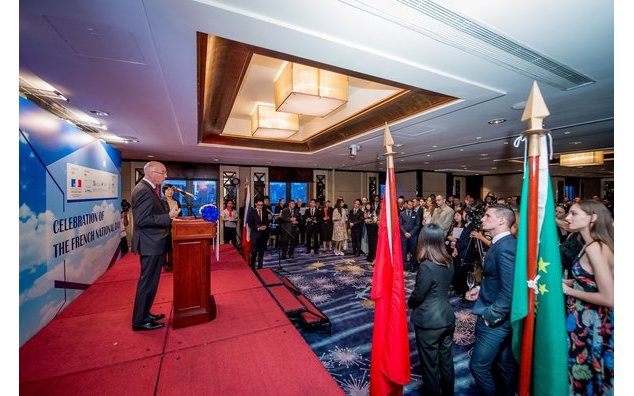 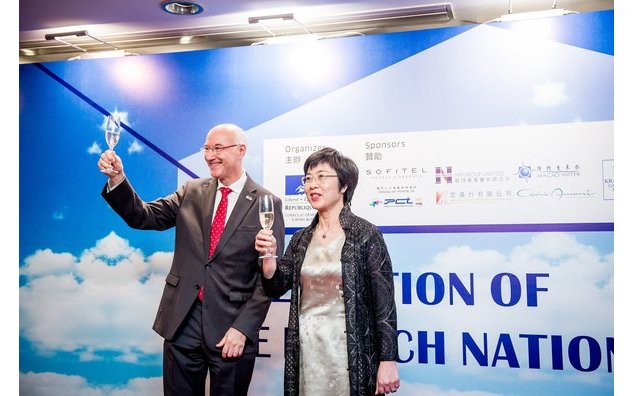 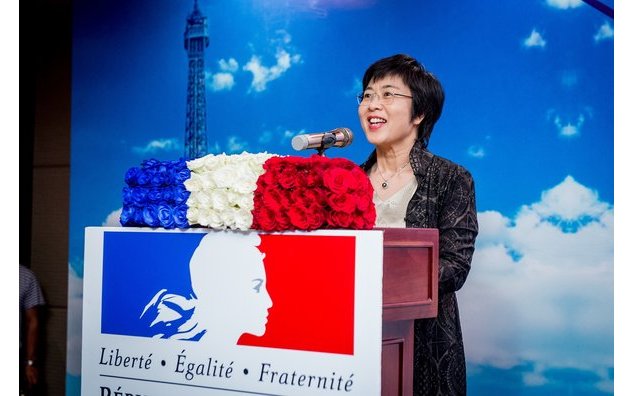 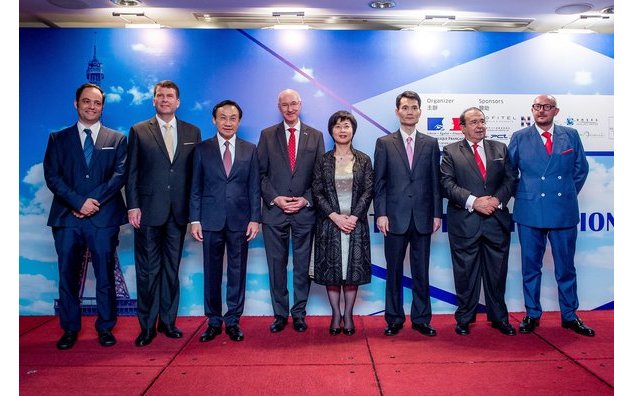 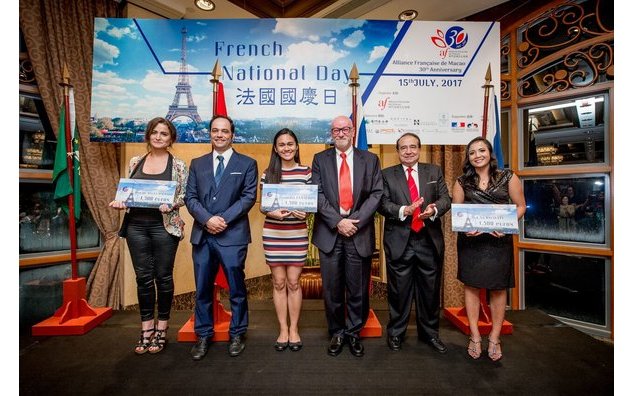 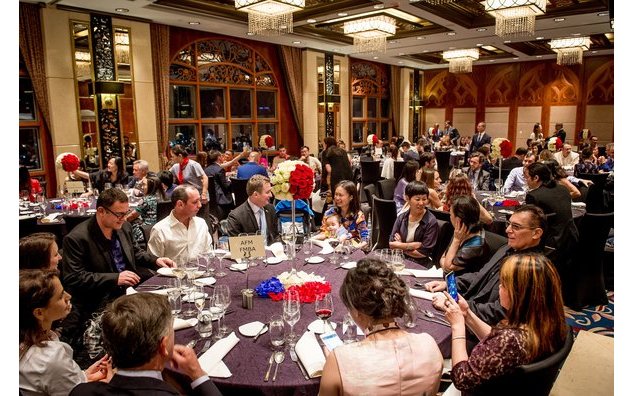 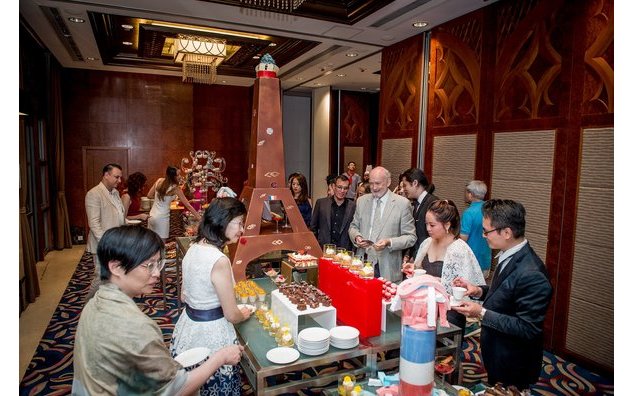 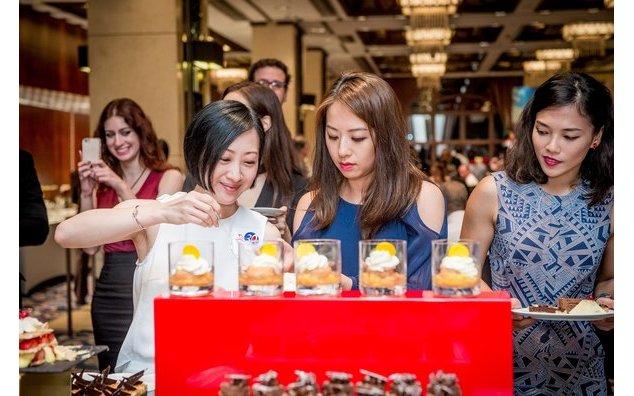 The day of celebrations started with the presentation of “Crossing of Time”, a video installation by French director Robert Cahen, in the Sofitel lobby. This triptych composed of three screens portrays 30 men and women related to the Alliance Française de Macao (see video below).

After a concert by Laurent Couson and friends, who paid tribute French singer Serge Gainsbourg, Consul general Eric Berti hosted the French national day official reception with Ms Chan Hoi Fan, Secretary for Administration and Justice of the Macau SAR, as the guest of honor. The Macau Orchestra brass quintet began the ceremony with wonderful renditions of la Marseillaise and the March of the Volunteers, the French and Chinese national anthems.

In his address, Consul general Eric Berti outlined the Macau government’s success in promoting a more balanced and diversified economy, saying “France is proud to help you achieve this objective”. In that regards, he also underlined the role played by the Alliance Française de Macao and the France Macau Business Association which recently became a fully-fledged chamber of commerce.

During her speech, Ms Chan Hoi Fan outlined France’s flourishing trade partnership with Macau, pointing out that France was Macau’s top European supplier in 2016 with import values amounting to over MOP 5.6 billion. She also added that France and Macau shared strong cultural links and expressed her gratitude to the Alliance Française for its contribution to the cultural development of Macau.

The reception was followed by the Alliance Française scholarship award ceremony and this day of celebrations was concluded with a buffet dinner with specialties from different French regions.