Home > Culture, Education and Science > News > Research and Higher Education > Lectures about Louis Pasteur and his disciples and the fight against (...)

Lectures about Louis Pasteur and his disciples and the fight against infectious diseases by Professor Schwartz, former director of the Institut Pasteur [fr]

For the scientific community as for the Hong Kong population, 2014 is an emblematic year as it celebrates the 120th anniversary of the discovery of the plague bacillus, in Hong Kong, by a French researcher from Intitut Pasteur, Alexandre Yersin. Therefore, alongside the Institut Pasteur in Paris and the HKU Pasteur Research Pole in Hong Kong, we decided to put in place an exhibition entitled “Plagues– from the Plague to New Emerging Infectious Diseases - A Tribute to Alexandre Yersin and Other Lifesaving Heroes” for the Hong Kong public. This scientific exhibition is presented at the Hong Kong Museum of Medical Sciences, a very relevant choice of venue indeed as this museum is located at the very heart of the district most affected by plagues in 1894. This exhibition invites visitors to explore the life of Alexandre Yersin as well as discover the scientific and medical collaborations between France and Hong Kong and their implications in terms of public health. 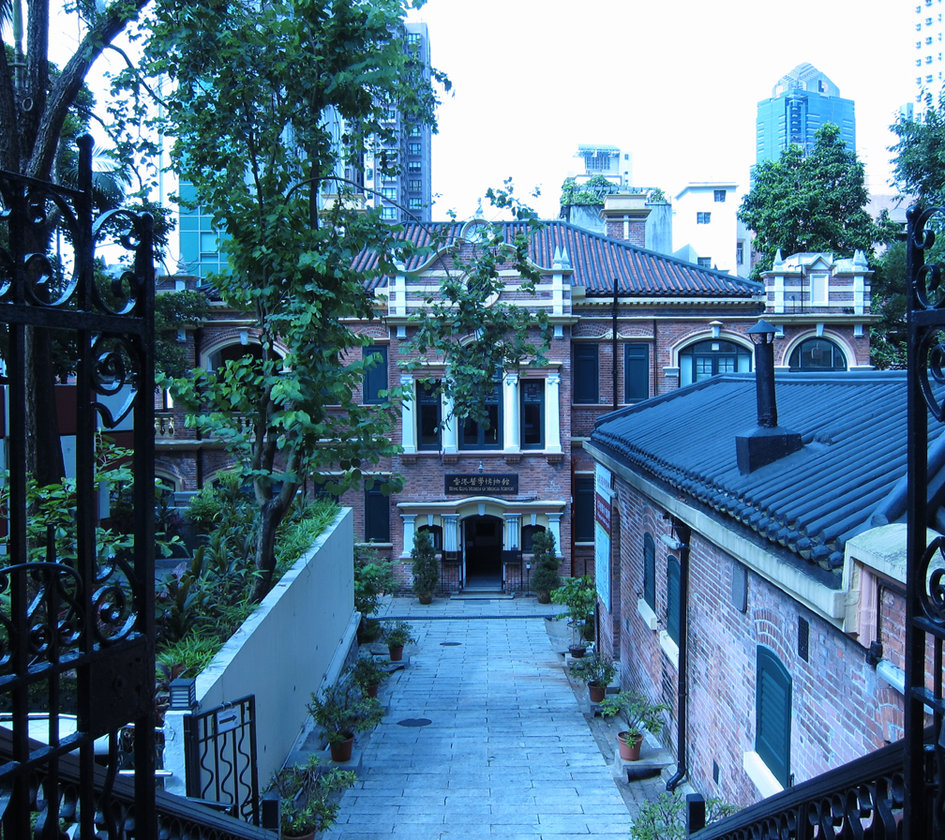 Besides this exhibition, a series of lectures have been given in collaboration with the Institut Pasteur and three major HK universities: the Chinese University, the University of Hong Kong and City University. As a former director of Institut Pasteur in Paris, Professor Schwartz is a specialist of infectious diseases. That and his own strong personal interest in the lives of Louis Pasteur and Alexandre Yersin made his interventions in the framework of this exhibition on plagues especially pertinent.

In a first lecture at the Hong Kong Museum of Medical Sciences, Professor Schwartz tackled the theme of the influence scientists working with Louis Pasteur had, based on a book he wrote in collaboration with Annick Perrot entitled “Pasteur et ses lieutenants”. 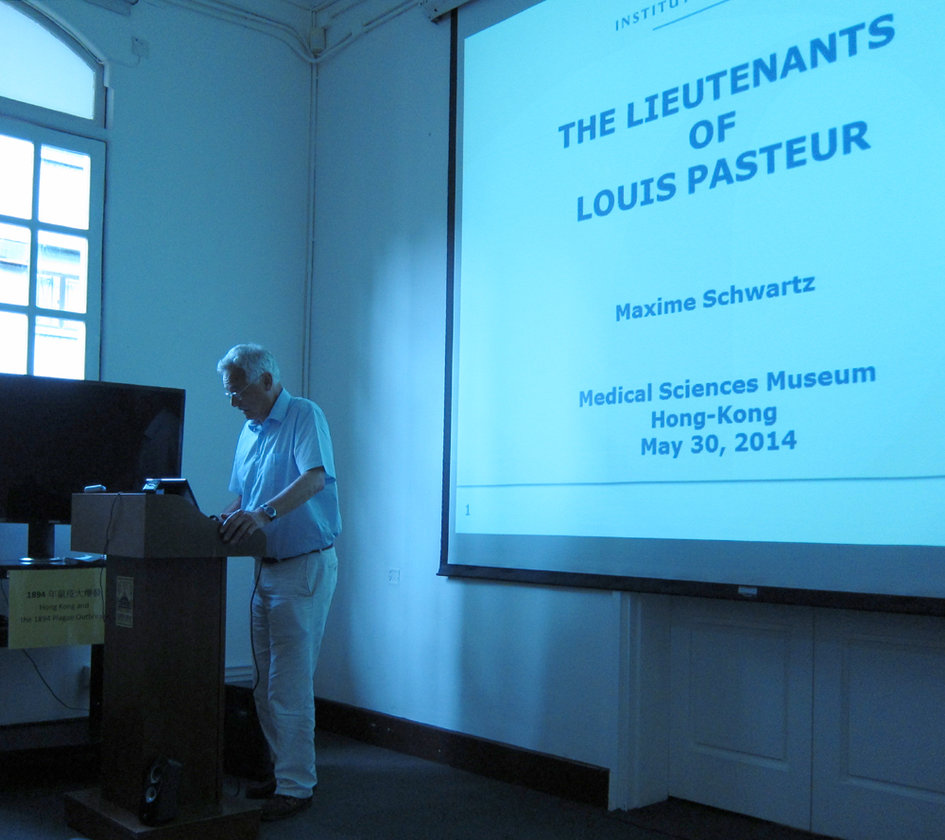 In a second lecture part of the City University distinguished lecture series, a public of scientists and students were given the opportunity to listen to Prof. Schwartz present the history of infectious diseases and their emergence worldwide. 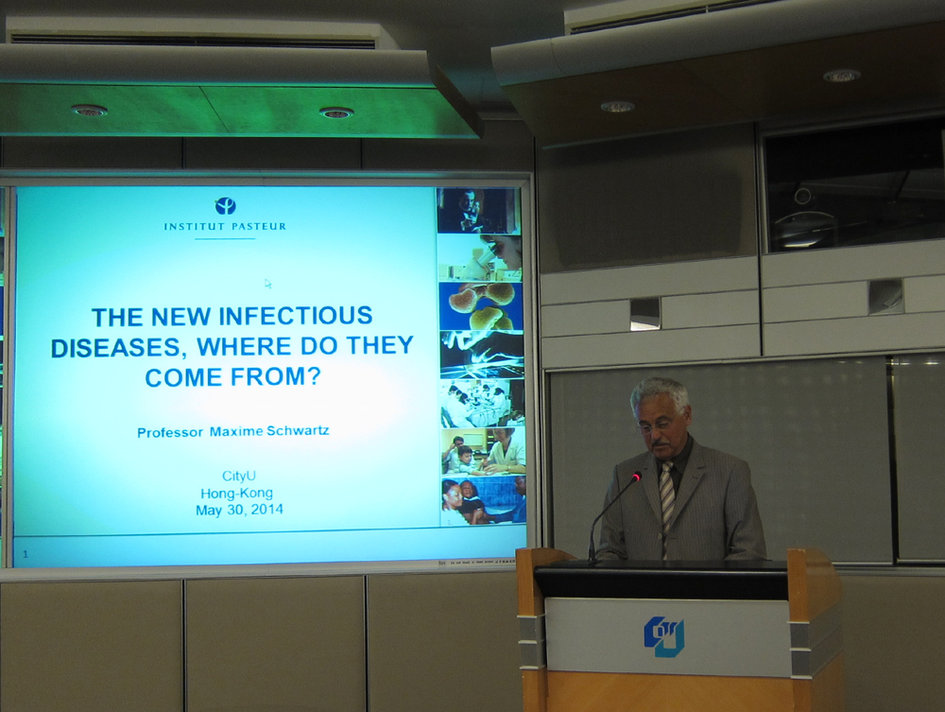