This year, on the occasion of the 50th anniversary of the diplomatic relations between the People’s Republic of China and France, Le French May will celebrate the everlasting exchanges, present cross-influences and explore the similarities between French and Chinese cultures. From 2 May to 28 June 2014, Le French May will take the audience on an incredible journey between East and West: from the story of Marco Polo performed by the renowned Nice Opera Ballet and an exclusive exhibition of paintings by Chinese Masters who lived in France, to a cinema programme featuring French movies about China. The Festival will showcase the best of Franco-Chinese cultural dialogues. The Festival will also focus on Lyon and the Rhône Valley as an emblem of France’s great diversity. Steeped in history and admired for its wine and cuisine, it also has an abundance of artists and creativity and is currently one the most dynamic regions in Europe. 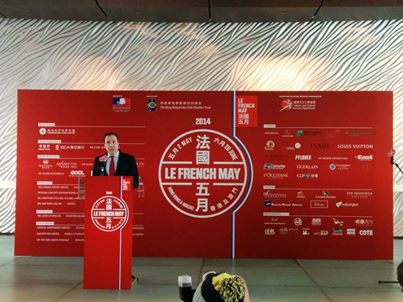 To mark this occasion, the Press Conference of Le French May 2014 was hosted on 26 February 2014 (Wed) at 3:30pm at Felix at the Peninsula Hong Kong. After previewing the promotional trailer and highlighted programmes, the Consul General of France in Hong Kong and Macau Mr. Arnaud Barthélémy, Ms. Florence Hui, Under Secretary for Home Affairs of the Hong Kong SAR and Mr. T. Brian Stevenson, Chairman of The Hong Kong Jockey Club, officiated an opening ceremony. Mr. Arnaud Barthélémy thanked for the generous supports from the Sponsors, especially The Hong Kong Jockey Club Charities Trust for being the Major Partner of the Festival. He also expressed his gratitude to the celebrity ambassadors Mr. Tony Leung, Ms. Carina Lau, Mr. Johnnie To, Ms. Karena Lam and Ms. Amanda Strang for their support by participating in the promotion trailer and the upcoming events of Le French May. Mr Stevenson said the Jockey Club was very honoured to partner Le French May for the third year, and to support educational programme on visual and performing arts events. 2,000 complimentary tickets will be offered to the less privileged, enabling a total of some 9,000 students, young people and the public at large to enjoy this remarkable festival. 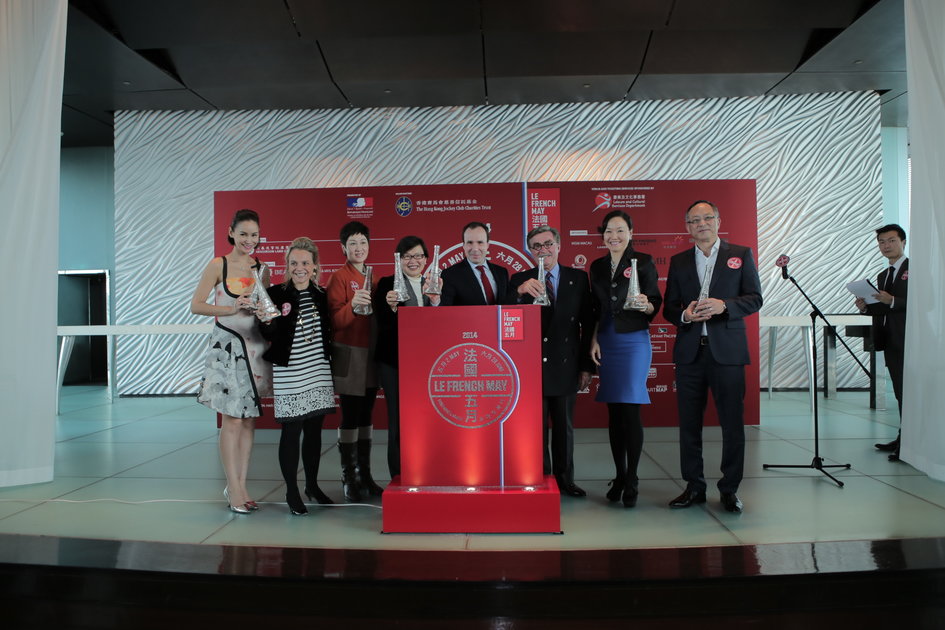 Other Officiating Guests including Mrs. Wendy Siu, Vice President of the Alliance Française de Hong Kong, Ms. Michelle Ong, Director of the Board of Le French May and the celebrity ambassadors Mr. Johnnie To and Ms. Amanda Strang have joined the stage for a kick-off ceremony. Sponsors, Partners and Friends of Le French May joined also for a group photo, followed by a cocktail reception to kick start Le French May 2014. All distinguished guests regaled with a joyful atmosphere and gastronomic delights created for the occasion.

At the Press Conference, highlighted programmes and the Le French May 2014- Hong Kong Jockey Club Education Programme for outreaching to the community were introduced.

The highlighted programmes include:

For the sixth consecutive year, Le French GourMay, organized by the French Trade Commission – Ubifrance in collaboration with Le French May, is dedicated to the promotion of French wine culture and culinary arts in Hong Kong and Macau for everyone’s enjoyment. 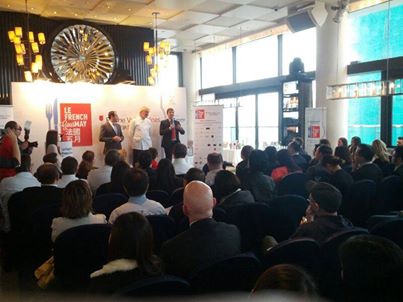 Each year, Le French GourMay honors a different wine region of France. This year, Rhône Valley wines and Lyon gastronomy will be the center stage of Le French GourMay in Hong Kong and Macau. This year, the Festival also invites the Michelin-starred Chef Pierre Gagnaire as its Gastronomic Ambassador to share his culinary experience with everyone.

The Rhone Valley vineyard stretches in southeastern France from Lyon to Avignon, with vines date back over 2,000 years. It is the second largest AOC vineyard in France and follows the Rhône River all the way down to the Mediterranean Sea. Rhône Valley wines exhibit rich and concentrated flavors, partly due to the overall low yield, the diversity of soil and Mediterranean sun.

Apart from the wines, the Rhône Valley has long been celebrating for its gastronomy; it is often referred as the French gastronomic capital. Well-known for its traditional dishes made by the Mères (the mothers) in the “Bouchons Lyonnais”, the Lyon and Rhône Cuisine has won the critics and enjoy some of the best award-winning chefs.

The region is blessed with a great variety of products coming from the Rhône Valley region and sublimed in some of the best French heart-warming dishes: the Quenelle, Cochonnaille Lyonnaise (Pork Charcuterie), the world famous Volaille de Bresse, Andouillette, Pork Feet, Coq au vin, Lyonnaise Salad and last but not least an incredible selection of cheeses.