Le French May Arts Festival 2019 highlighted programmes were announced during the Press Conference on Monday, 11 March 2019 at Renaissance Hong Kong Harbour View Hotel, the Official Hotel Partner of the Festival. 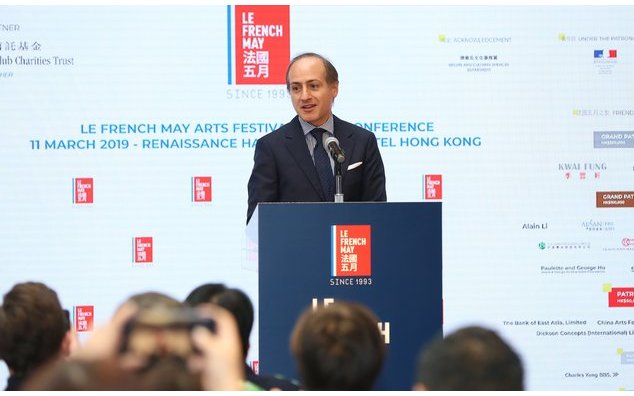 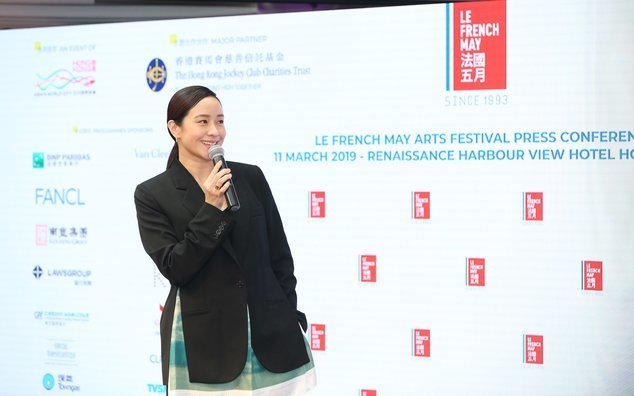 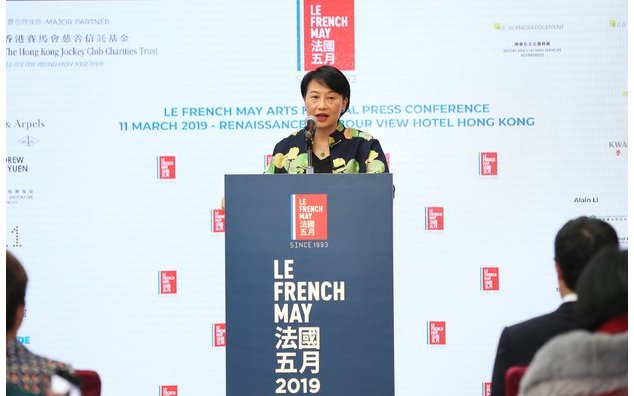 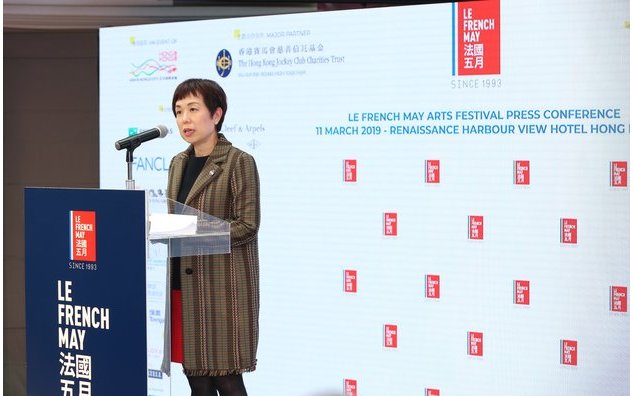 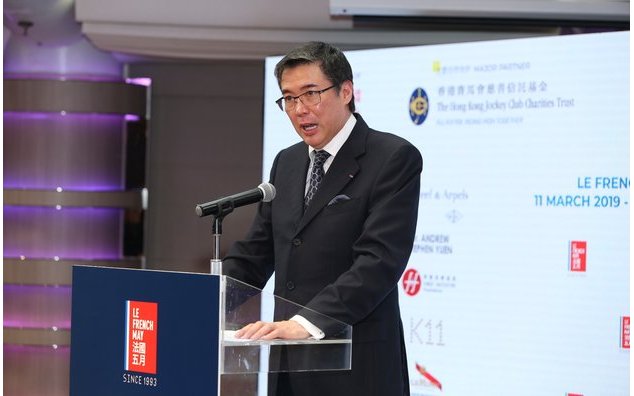 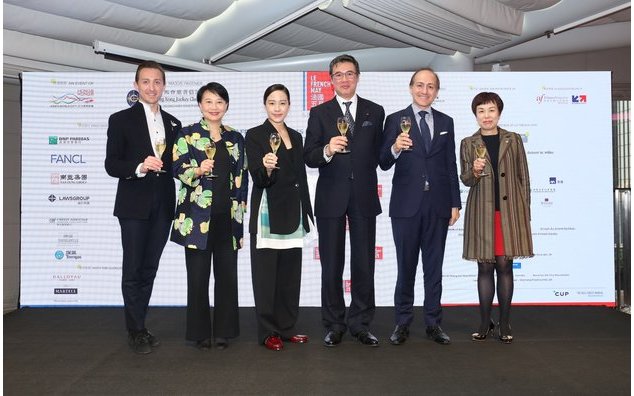 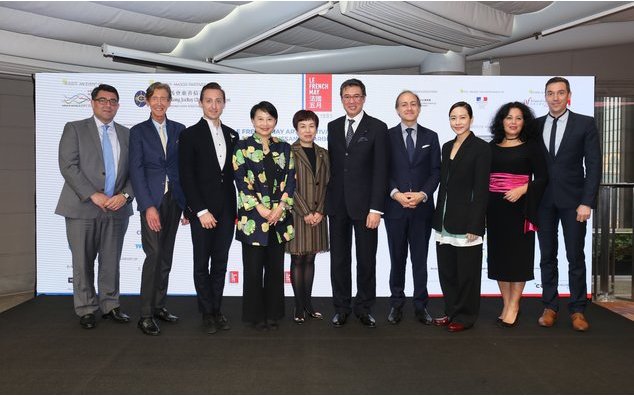 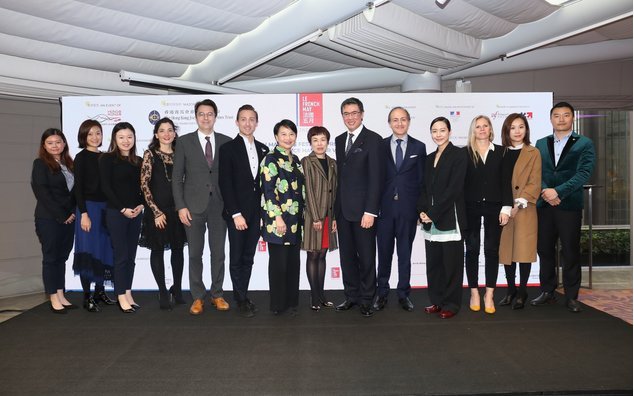 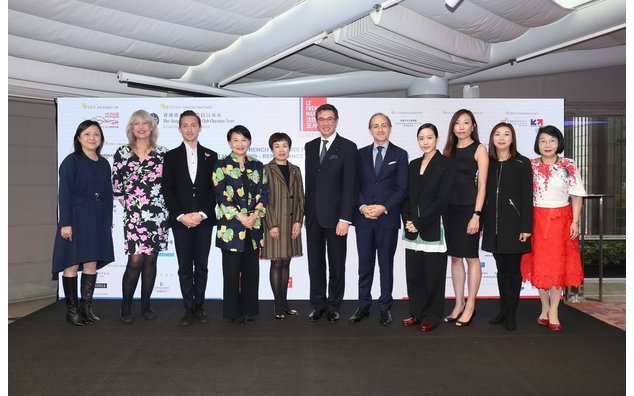 “Voyage” is the theme the 27th edition of Le French May chose to embark its audience. This journey in spectacular dance, music, photography, design and theatre performances will transport us, through time and space, from the East to the West, creating a true cultural “staycation” during May and June.

Throughout the years, Le French May has been honoured by the continuous support from the HKSAR and the Chief Executive of HKSAR Mrs. Carrie Lam, who has affirmed the Festival as an annual cultural highlight, with the mission to bring Hong Kong the best of French arts and culture through a myriad of fascinating choices. For the 8th consecutive year, the Festival is being supported by The Hong Kong Jockey Club Charities Trust, its Major Partner, which is contributing about HK$9.16 million for various presentations as well as a series of dedicated Jockey Club Community Outreach and Arts Education Programmes.

Through more than 120 programmes and activities, the Festival aims at reaching a wider audience, allowing more people, in particular the younger generation, to enjoy cultural programmes and develop their art appreciation. In this respect, The Hong Kong Jockey Club Charities Trust’s sponsorship also covers 1,050 complimentary tickets for less-privileged students and special programmes for the visually and hearing impaired.

Le French May will be kicked off by a world-class exhibition featuring the legendary feminist artist – Niki de Saint Phalle: Legendary Female Artist of the 20th Century and Her Wonderland. The exhibition is supported and brought to Hong Kong by Niki Charitable Foundation and Galerie Mitterrand. As Niki is especially famous for spectacular outdoor installations, a number of her monumental works will be presented in the public space, as an eye-catching promenade leading audience to the indoor exhibition, as well as an artistic “voyage”.

The Asian début and Asian premiere music performance, Invitation to the Voyage, is a marvellous sensory journey through music, poetry and painting. Founded in 2011 by artistic director and conductor Claire Gibault, the international acclaimed Paris Mozart Orchestra lit up the festival with their astounding rendition of beautiful melodies composed by Berlioz. The performance also takes inspiration from Russian-French painter Nicolas de Staël’s tragic destiny, letters and his artworks.

Adhering to its strong aspiration to create a cultural exchange platform between Hong Kong and France, Le French May gathered the best works and performances from international acclaimed artists, including Bach Studies, I fall, I flow, I melt choreographed by superstar Benjamin Millepied and perfectly merged Bach’s music with world-class choreography; Asian début and premiere of Hikikomori, The Shelter; Asian premiere of Julien Cottereau plays Carte Blanche by famous clown Julien Cottereau; Hong Kong début of From a True story, which presents contemporary vision of a folk dance on drums; performance of Spanish castanets and French romantic harp by legends Lucero Tena and Xavier de Maistre in Serenata Española; and Le French Design, so Starck, so Bouroullec…,displaying the latest French design.

Mrs. Cherry Tse JP stated that “The Government of the HKSAR strives to promote Hong Kong as an international cultural metropolis. As a unique city where East meets West, we have a diversified art scene that continues to flourish. Over the past 27 years, Le French May Arts Festival has been our close partner in promoting culture diversity in Hong Kong; it is definitely iconic and much anticipated by art lovers every year. ”

Mr. Alexandre Giorgini mentioned that “Le French May is not only one of the biggest French arts festivals outside of France but it has become one of the largest cultural events in Asia. Through many different programmes, Le French May will continue to offer the best of French culture. It will also remain the meeting point between French and Hong Kong communities and a celebration of a strong relationship built over the years with Hong Kong partners, sponsors, institutions and cultural centres. ”

Mrs. Winnie Yip noted that The Hong Kong Jockey Club Charities Trust was one of the world’s top ten charity donors and was dedicated to building a culturally vibrant Hong Kong, enriching lives and promoting social inclusion through art-related initiatives. “We have designated ‘Arts, Culture and Heritage’ as one of our strategic focus areas and supported many different cultural festivals of various scales,” she said. “We will continue to support many more world-class exhibitions and multi-art form programmes, in our endeavour to enhance the cultural richness and vitality of our city.

Dr. Andrew Yuen shared that it is a challenge to have a Festival for 27th years, but every challenge comes with a lot of excitement. “I am very excited and happy to present you today the programme patiently crafted by our team. Year after year, indeed, Le French May has confirmed its role as a prime event for local and visitors alike to discover, enjoy, and learn about art and culture; a platform for the communities to dialogue, exchange and grow; a source of aspiration and inspiration.”