[Hong Kong, 7 March 2016] The 8th edition of Le French GourMay, the gastronomic celebration of Le French May organized by Business France (Hong Kong Office) and presented by UnionPay, is embracing Hong Kong and Macau with appealing provision of food and wine from the French region – Alsace! 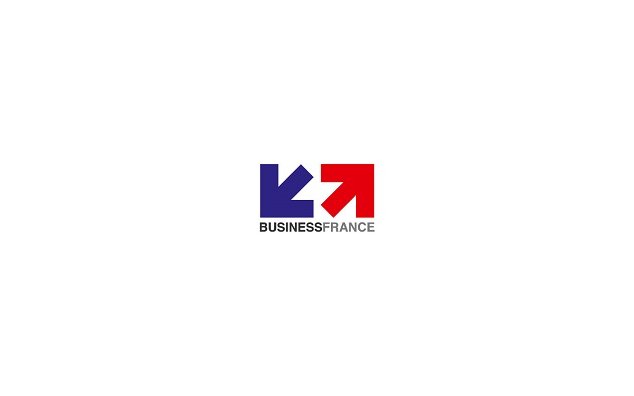 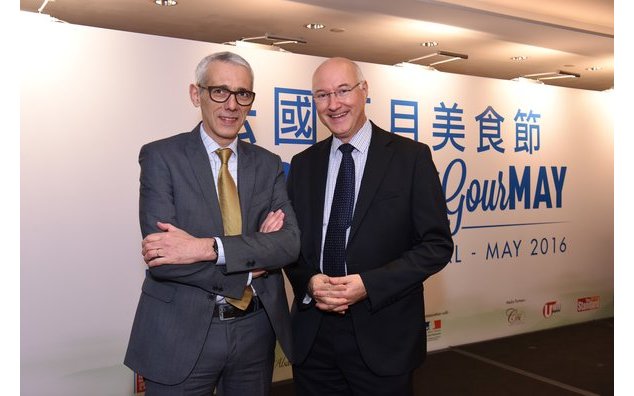 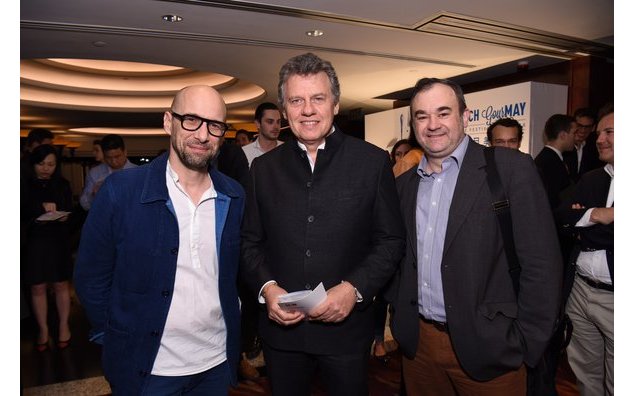 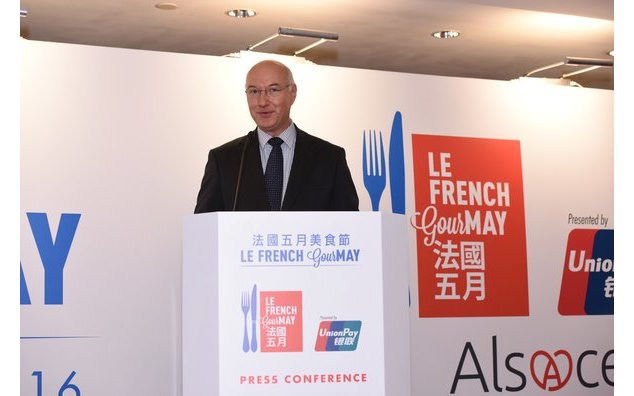 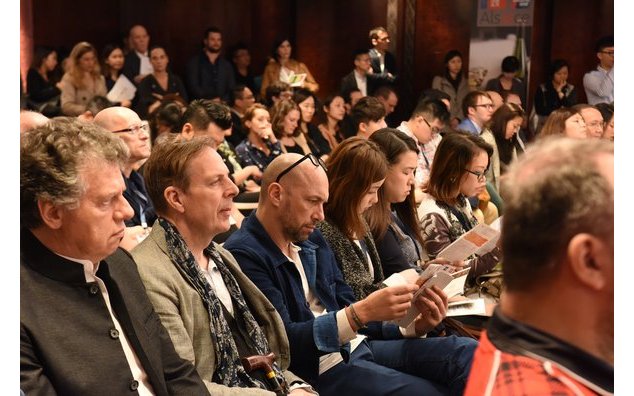 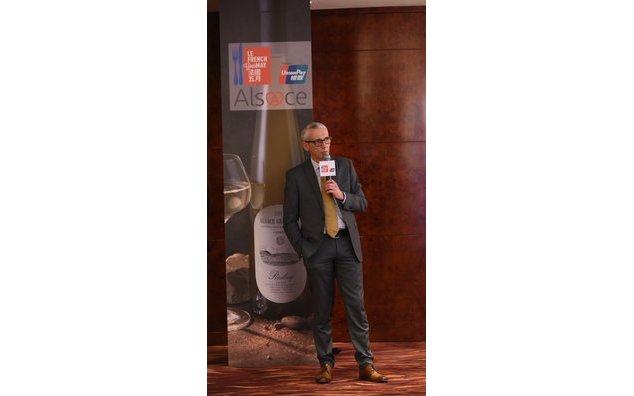 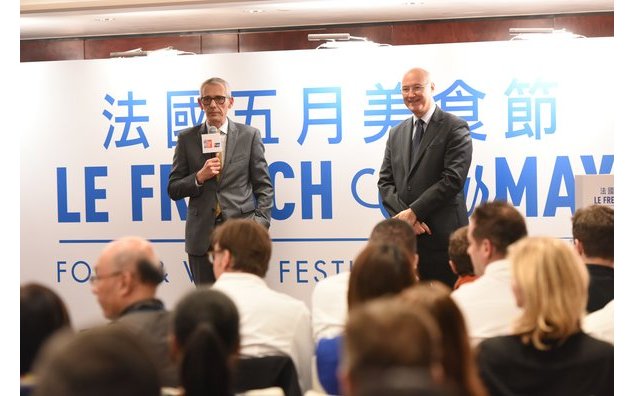 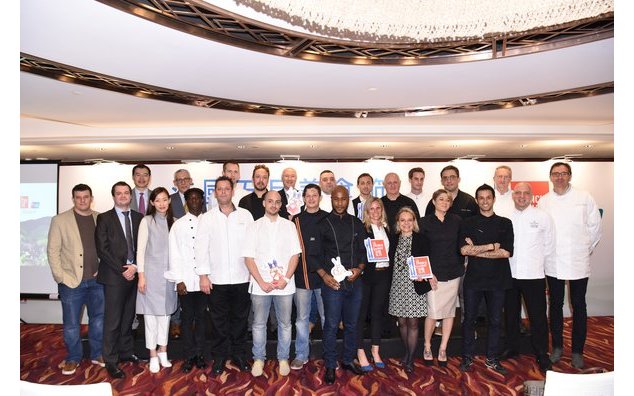 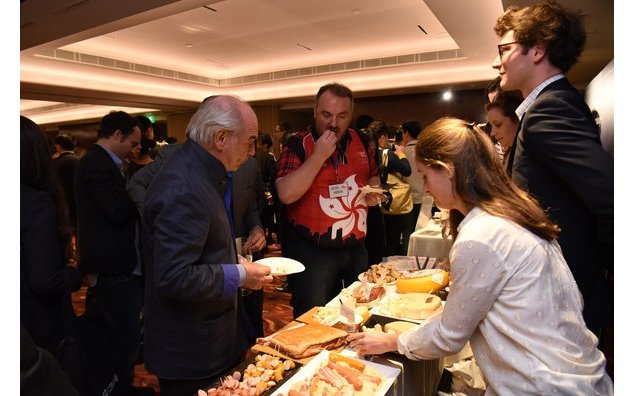 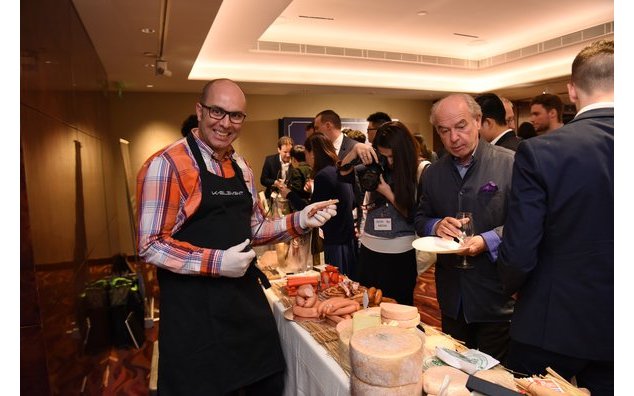 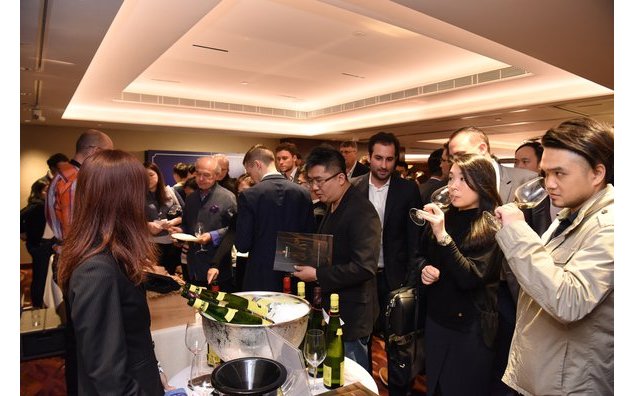 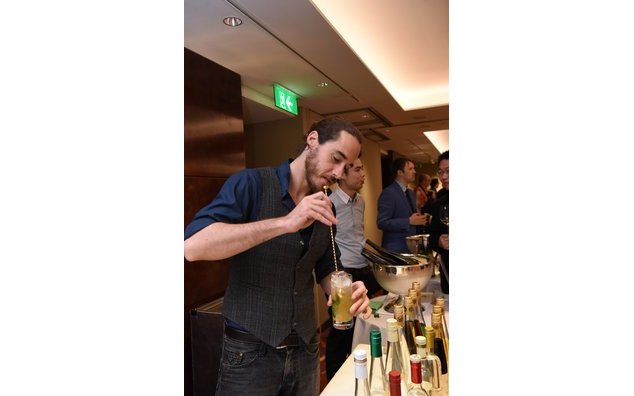 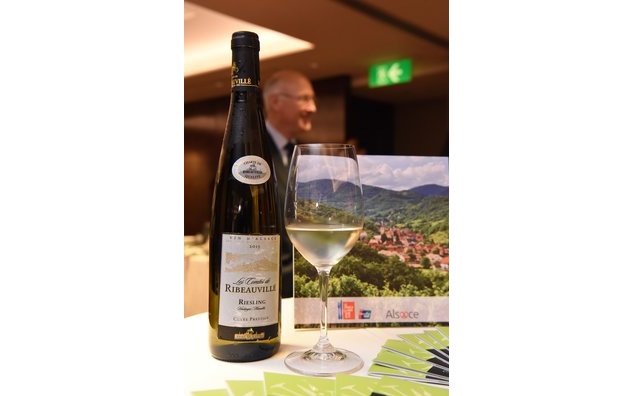 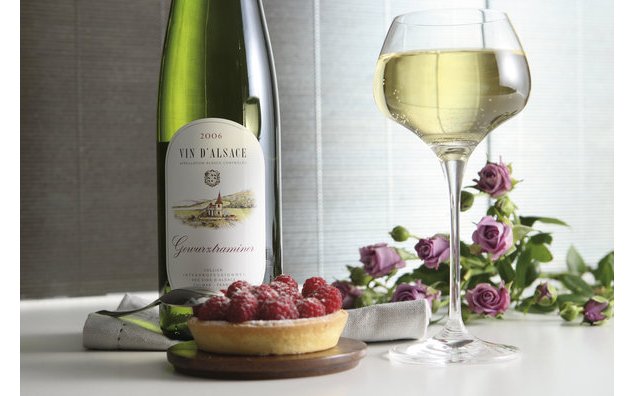 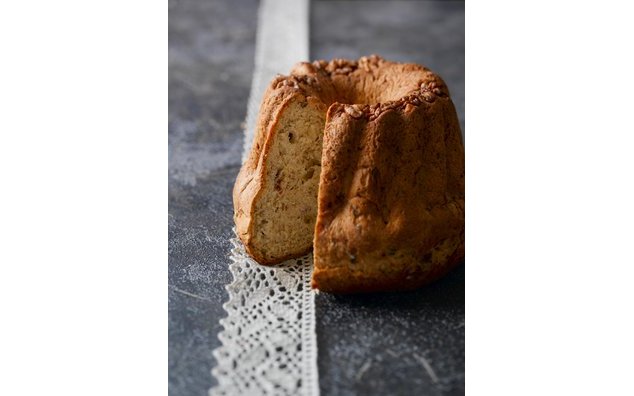 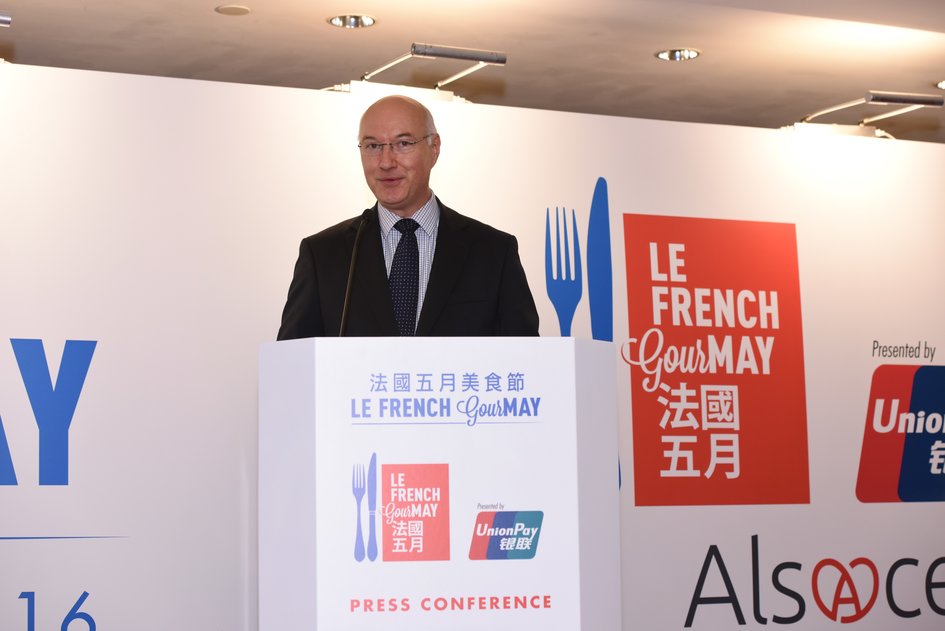 This afternoon in the Grand Ballroom Foyer of the Grand Hyatt Hotel, the Consul General of France in Hong Kong and Macau Mr. Eric Berti delivered an opening speech at the Le French GourMay press conference, highlighting the promising development of the annual French gastronomy festival and the significance of French food and wines in the Hong Kong imports market; with the honorable presence of the oenologist and Alsace wine expert Mr. Thierry Fritsch. 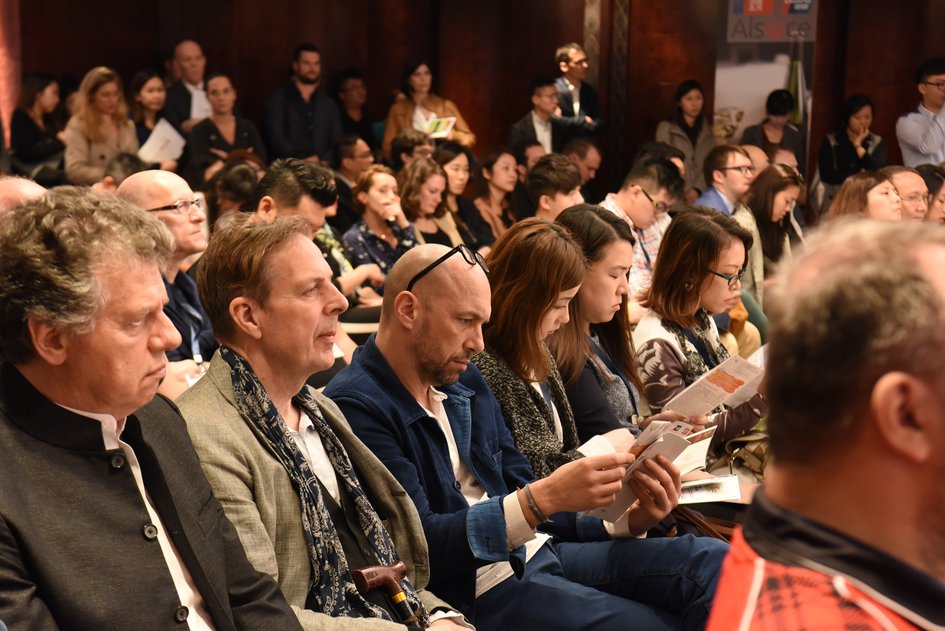 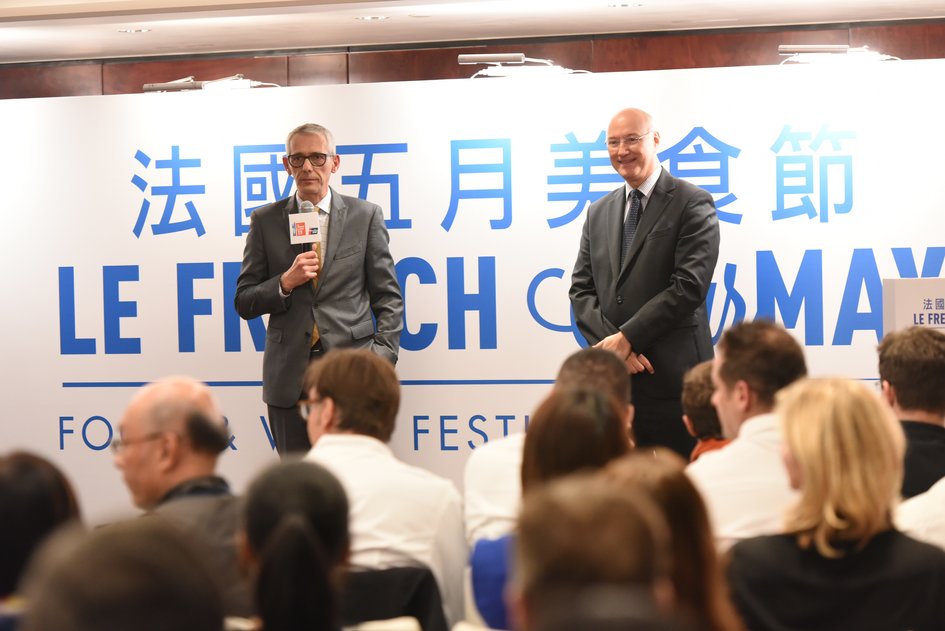 Le French GourMay 2016: Increase in Partners and Diversity During the whole month of May this year, up to 200 partners (compared to 130 last year) – Michelin-starred chefs, restaurants, as well as food and wine importers, distributors and retailers in Hong Kong and Macau – will join hands to honour Le French GourMay 2016 by dedicated menus to match with Alsatian wines, and various wine tastings, promotions and workshops. 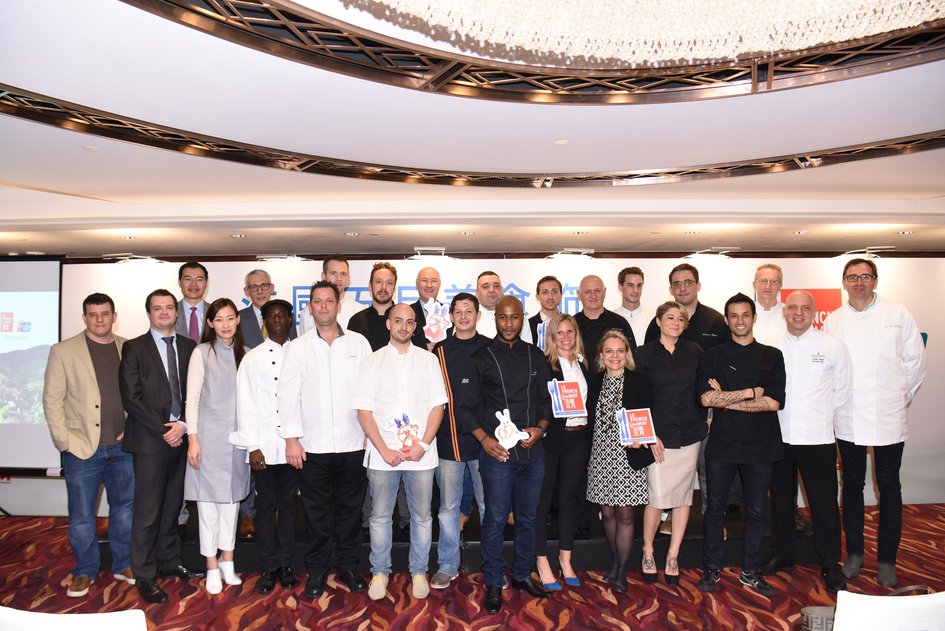 An impressive number of 111 restaurants will transport the local food scene to Alsace! With an increase in casual-dining and fine-dining restaurants, especially those serving Asian cuisines (e.g. Cantonese, Chinese, Japanese, Korean, Vietnamese, etc.), this year’s festival aims at touching not only Francophiles but a larger public with diverse tastes. From your favorite next door deli to your most convenient stores, find all the best delicacies of Alsace in more than 80 retail locations, and learn how to cook them in a variety of workshops.

Discover the wonders of French culture and Alsace gastronomy in Hong Kong at these festive weekend events:

Alsace - the theme region of Le French GourMay 2016, is a cultural and historical region in the east of France, well-known for its impressive combination of French and Germanic cultures; easy-drinking white wines thanks to their freshness and intense aromas; as well as a surprising blend of traditional and novel cuisine, e.g. baeckeoffe lamb casserole, flammekueche pizza, choucroute sour cabbage, etc.

The vibrancy and purity of the wines of Alsace are closely linked to their origins: a favorable climate, terroirs of exceptional geological diversity and exacting wine-making expertise.

The uniqueness of Alsace’s terroir lies in its distinguished characteristics of the climate and the geological diversity. Alsace’s viticultural zone is located on the eastern slopes of the Vosges Mountains, which creates a natural barrier to shelter the vineyards. The favorable semi-continental climate – sunny, hot and dry – in Alsace contribute to the development of complex aromas, vivid acidity and rich fruit.

Alsace has also witnessed its geological evolution throughout more than 150 million years. Nowadays, most of the viticultural communes in Alsace are situated on four or five different rock formations, all combining to form a mosaic of soils with an unparalleled richness and diversity. There are in total 13 geological configurations deployed across Alsace’s three structural units: the slopes of the mountains, with very varied, fragmented soil types; the foothills of the Vosges, which feature the most complex range of soil structures; and the plains are characterized by more recent, less developed soil structures.

These entire configurations help to create the exceptional variety of Alsace Wines out of 7 main grape varietals, after which Alsace Wines are named (not named after the villages or vineyards): 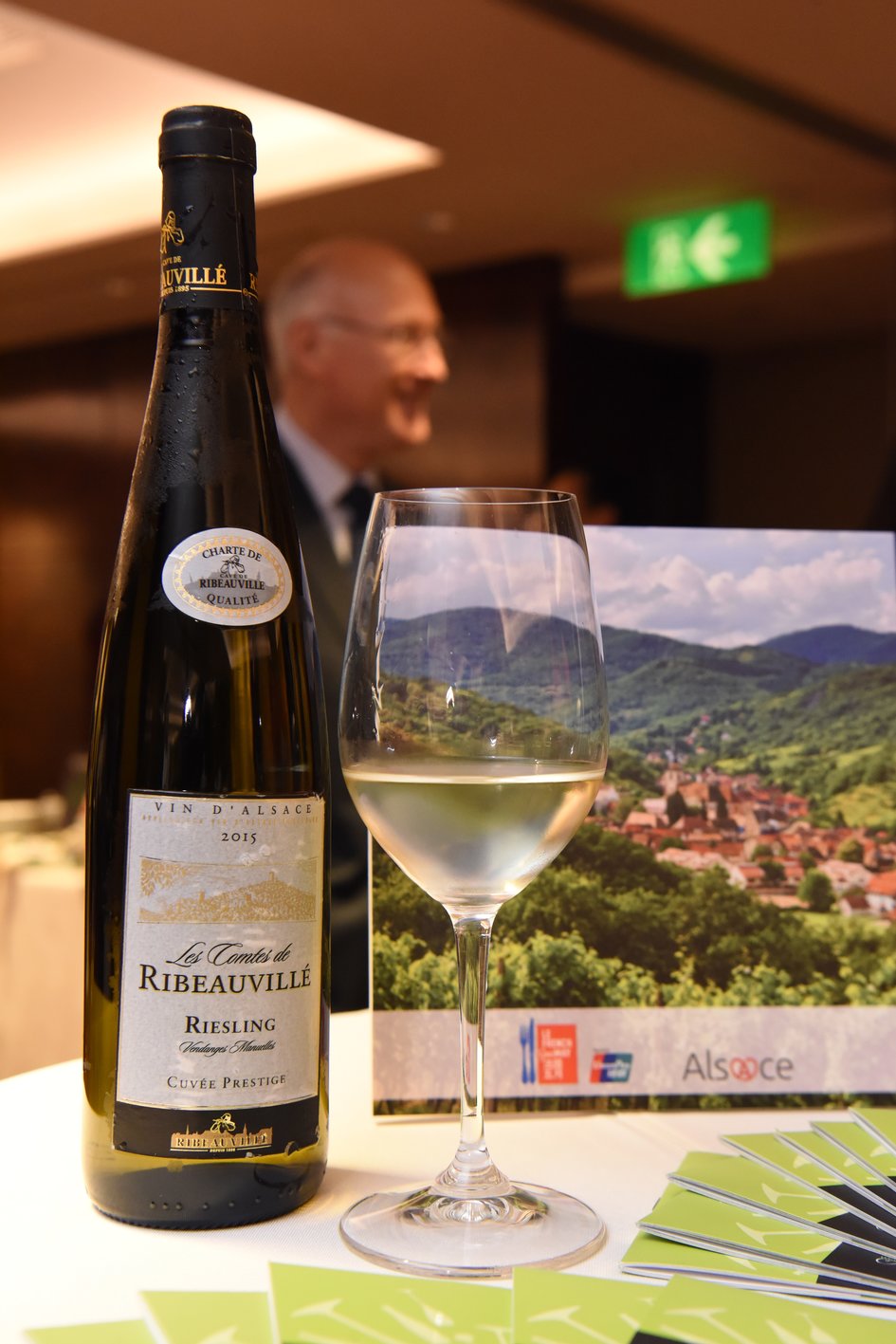 The wines of Alsace are classified into 3 AOCs (The Appellation d’Origine Contrôlée):

Alsace is famous for its gastronomy, and Alsatian’s attention to dining is legendary. It is one of the most Michelin-starred places in France, with 26 restaurants receiving this distinction in the 2016 Michelin Guide.

Beer is another important regional product. It has been found in Alsace since the Middle Ages, and has left a significant legacy in many Alsatian villages. 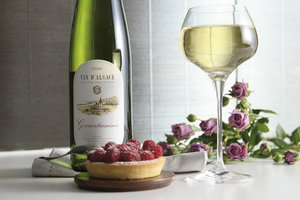 Located between the Rhine river and the Vosges mountains and bordering Germany and Switzerland, Alsace has three major urban centres with different cultural favours -

Alsace boasts a rich history and diverse landscape: lakes, rivers, forests, hills and waterfalls, e.g. Haut-Koenigsbourg Castle, one of the most visited monuments in France; The Crest Road; Donon Mountain, The region’s "sacred mountain" and the legendary tourist trail - The Alsace Wine Route.