Visits of local students to the Consulate [fr] [中文] 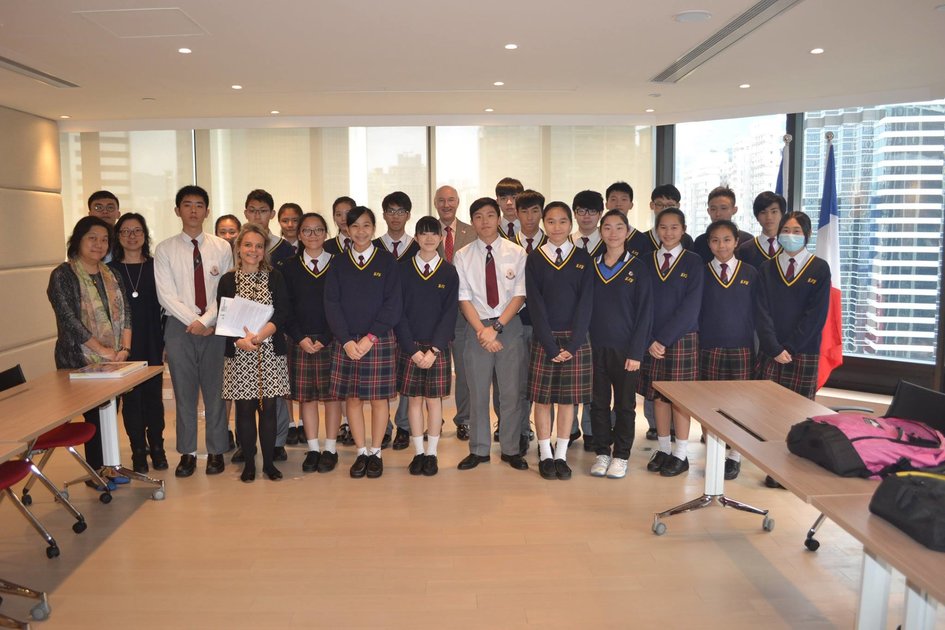 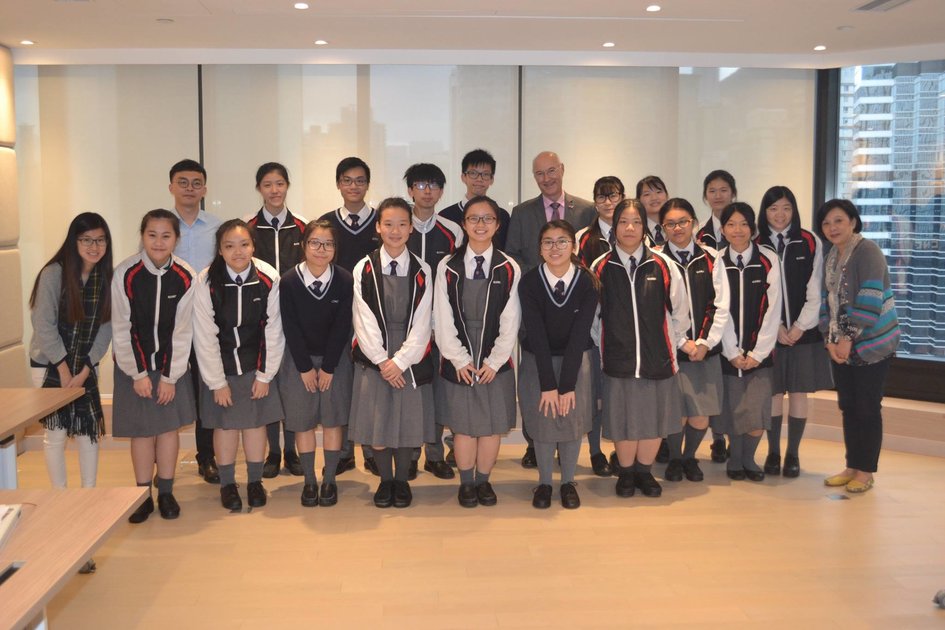 Mr. Eric Berti, Consul general of France in Hong Kong and Macau, received the students accompanied by their teachers. He presented the French presence in Hong Kong, which started in the middle of the 19th centuary. He also mentioned that the French community in Hong Kong has been rapidlly increasing since the 1980s.

Then the students paid a visit to the economic department of the French Consulate and Business France. They discovered the important commercial collaborations between companies in France and in Hong Kong, and the gastronomic festival Le French GourMay and the Alsacian cuisine, which its region was highlighted for the 2016 editon. 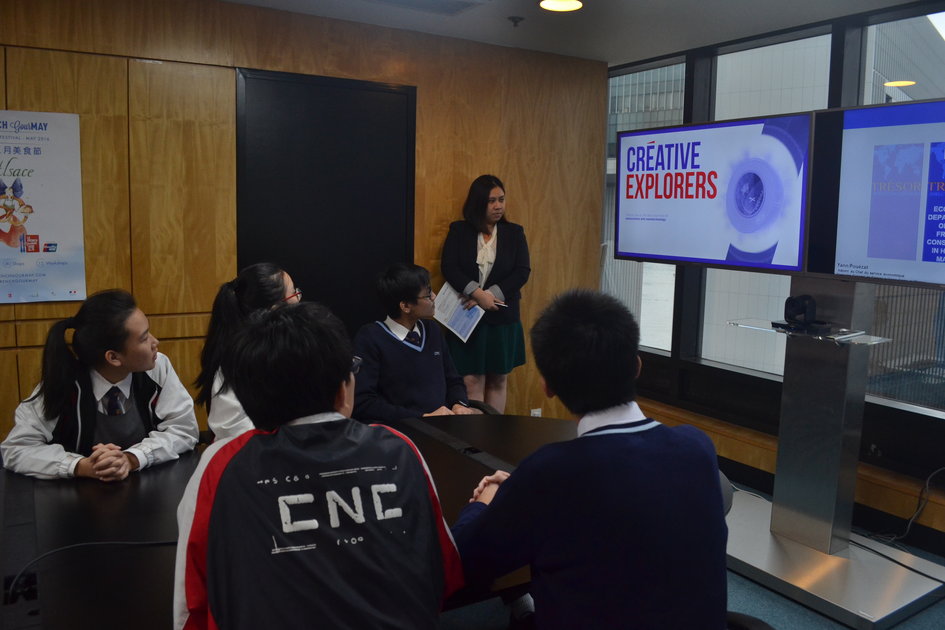 After their visit to the economic department and Buisiness France, the students were invited to discover Consular Chancery where the passport, visa, police and press departments are located. 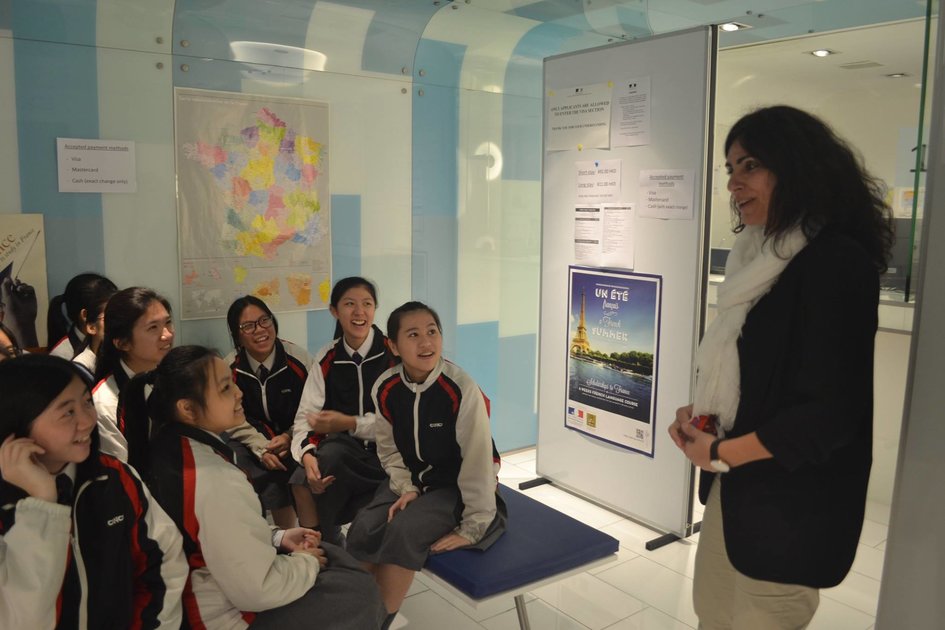 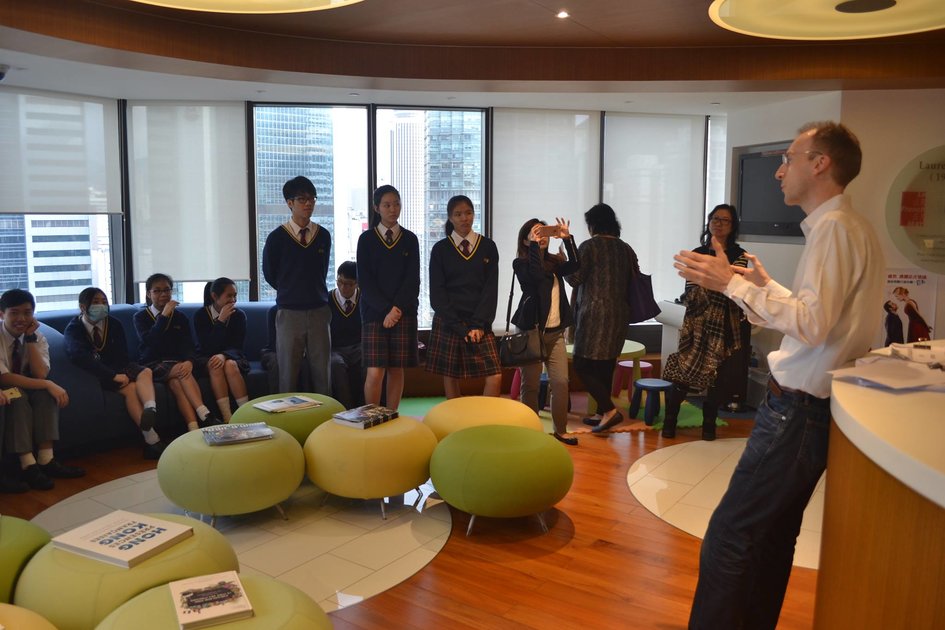 The Visit finished with the presentaion of the Department of Culture, Education and Science. The students learned about the objective of the French May Arts Festival which is organised by the French Consulate since 25 years, as well as the main programmes this year. The scientific co-opeation between France and Hong Kong, and the higher education in France were also presented to the students.

A quiz was held afterwards in order to help the students consolidate their knowledge about France and their understanding about the role of the Consulate. After offering prizes to the winners and the book "French-Hong Kong Connections" to the representatives of the two schools, Mrs. Anne Denis-Blanchardon, Consul (Culture, Education and Science), invited the teachers and students to taste some French cheese and croissants and shared a convivial moment together. 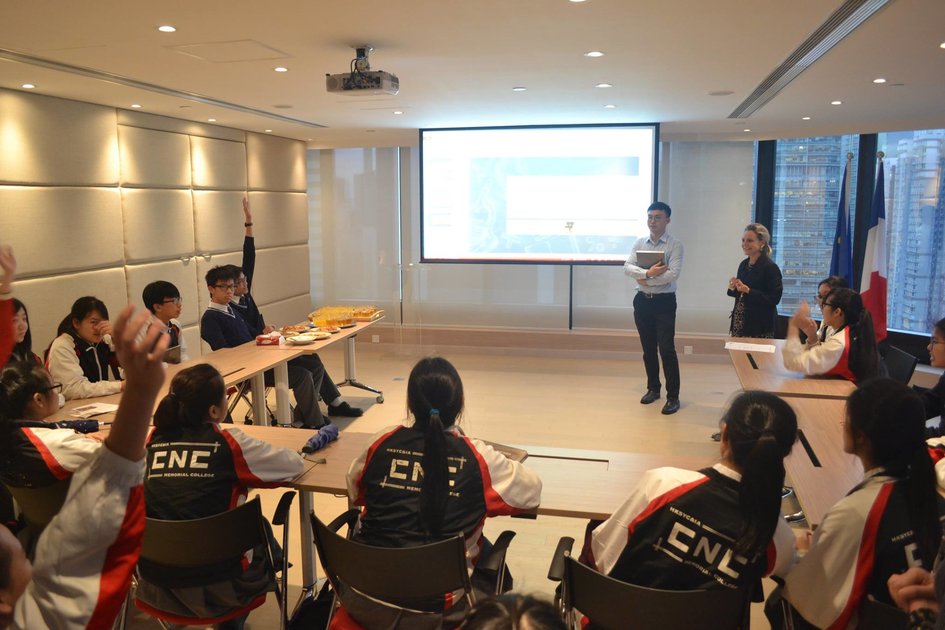 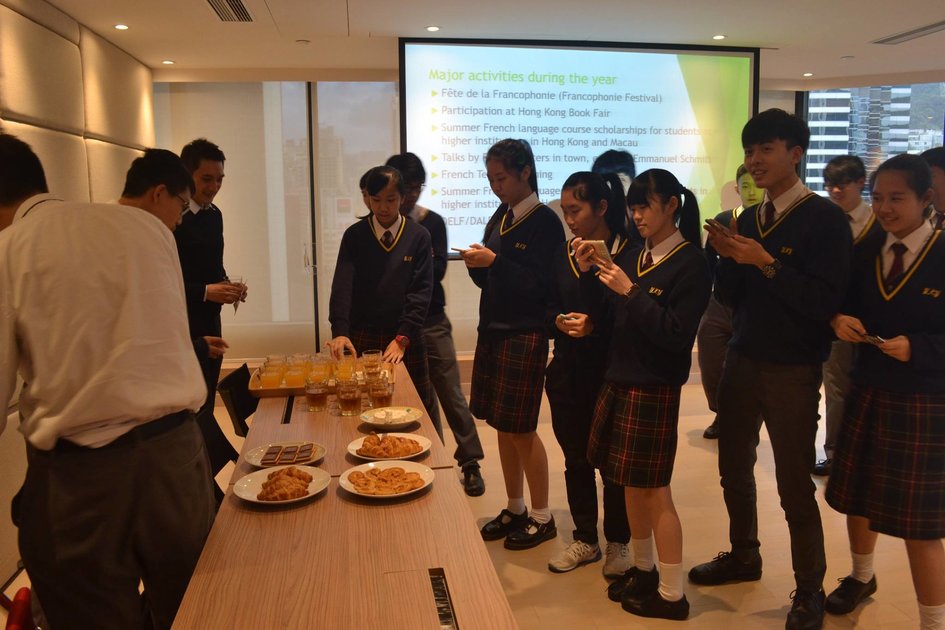 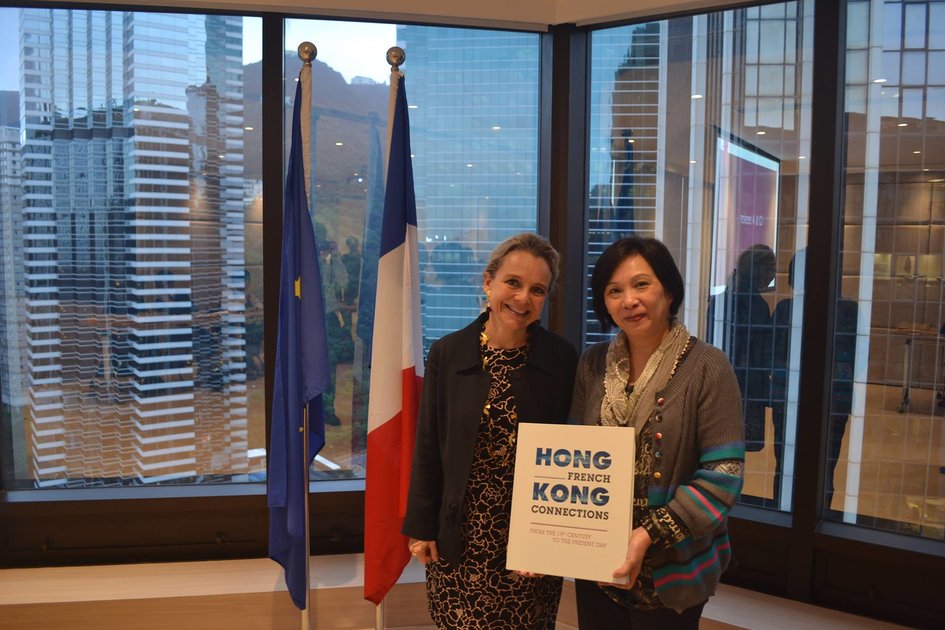