Home > Culture, Education and Science > News > Education and French Language > Kick off of the 19th Francophonie Festival under the high patronage of (...)

The 19th Francophonie Festival in Hong Kong is officially launched! Under the patronage of the writer Dany Laferrière from the French Academy, a press conference was held on March 12th, 2019 at the University of Hong Kong, in presence of the Consuls General of Belgium, Canada, France, Greece and Switzerland and the director of the Alliance Française of Hong Kong.

Through the question "Why do we read?", which was also the title of his inaugural lecture, Mr. Laferrière then made a paean to the French language and praised the alphabet “shining in the night like fireflies, these 26 little letters form the words”. As an outstanding storyteller, he captivated a venue of 200 people, where were gathered not only the main partners of the Francophonie Festival, but also many students from the University of Hong Kong, Baptist University, City University, and the French International School.

"Language is a human passion, which is capable of waking up a society." This is the strength of our language, which unites 300 million francophone speakers around the world and 125 million learners.

The Francophonie Festival is underway. Please explore the program below. 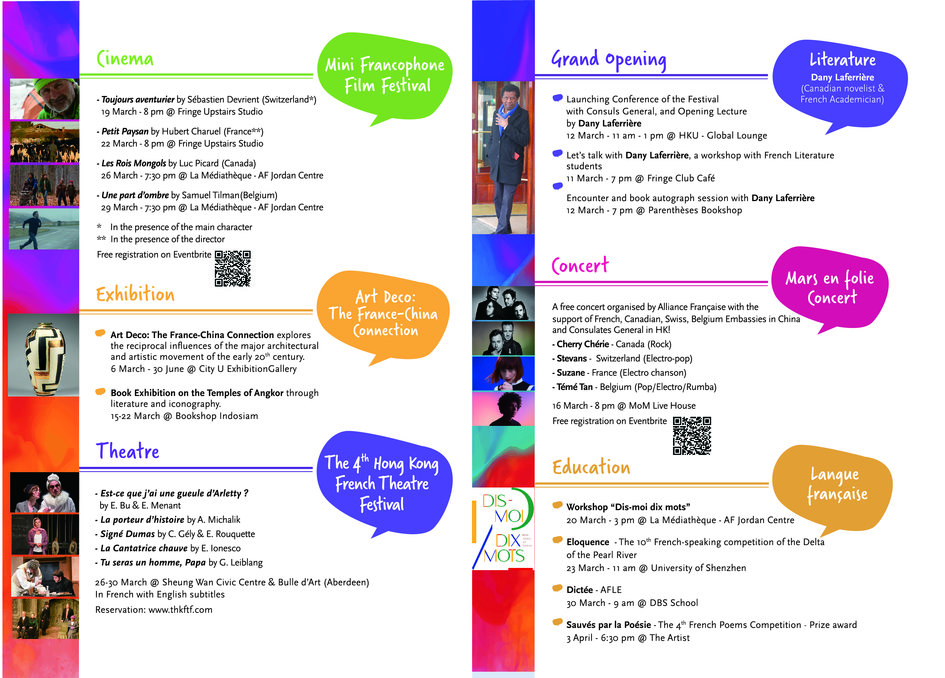 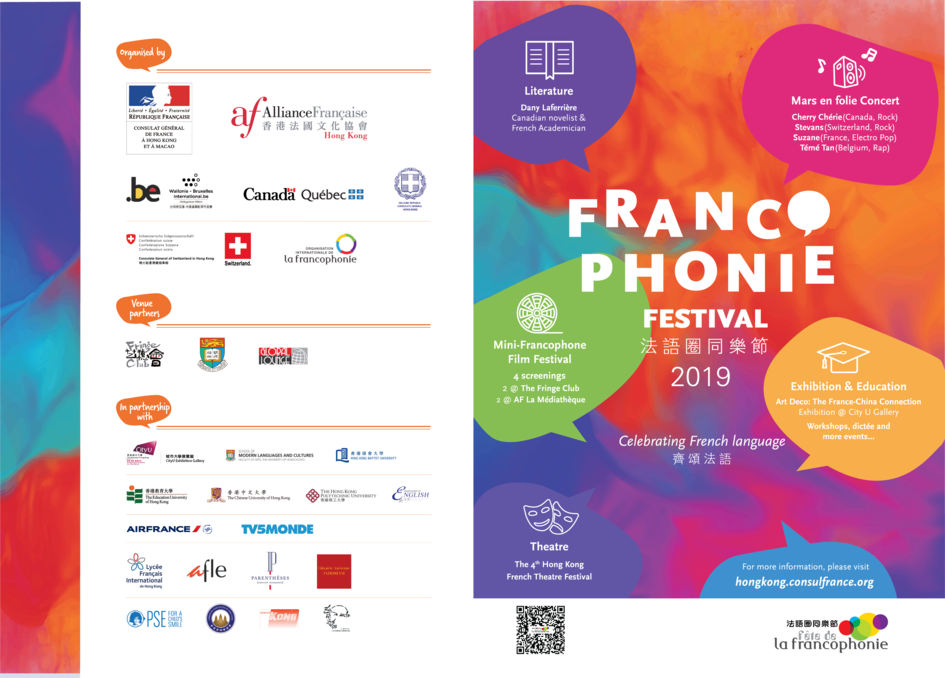 On this occasion, the Francophone Consuls General discussed what la Francophonie meant for them and their favorite French word in a video screened at the event :