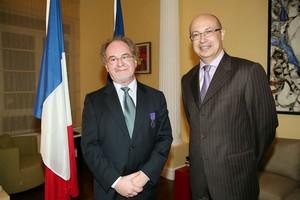 Dr. Denis Meyer has been teaching French in Hong Kong for the past 20 years, ever since his arrival in the city in 1986. He graduated in French Literature from the University of Paris X, his PhD thesis focused on French-Japanese writer Kikou Yamata.

He first taught at Poly U, then took a position of branch Director of the Alliance Française de Hong Kong in Shatin. In 1989, he joined the prestigious University of Hong Kong. He is currently Deputy Head and Director of the French programme and Romance Languages at the School of Modern Languages & Cultures, Faculty of Arts. His research work and teaching interest focus on the pedagogy of language and culture, East-West cultural representation in French literature, interpretation and rhetoric of texts and images in the media.

From 1992 to 2000, he was the President of the Hong Kong French Teachers’ Association. He is an Advisor at the Hong Kong Examinations Authority (HKEA) and Subject Specialist at the Hong Kong Council for Academic Accreditation (HKCAA). He is also an associate member representing the Education sector at the French Foreign Trade Council (CCE).

In recognition of his dedication to the development of the French language and culture in Hong Kong, the Consulate General recommended Dr Denis Meyer for the award of Chevalier des Palmes Academiques, an order of Knighthood founded in 1808 by Napoleon Bonaparte. 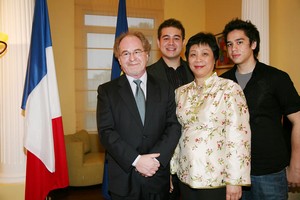 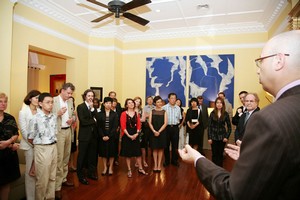 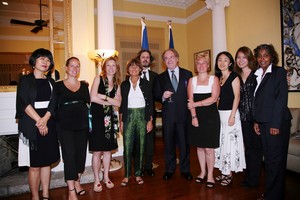