To celebrate the Sino-French relations, the Peninsula hosts Sunday evening a dinner around Catherine Deneuve, and filmmakers Wong Kar-Wai and Johnnie To. 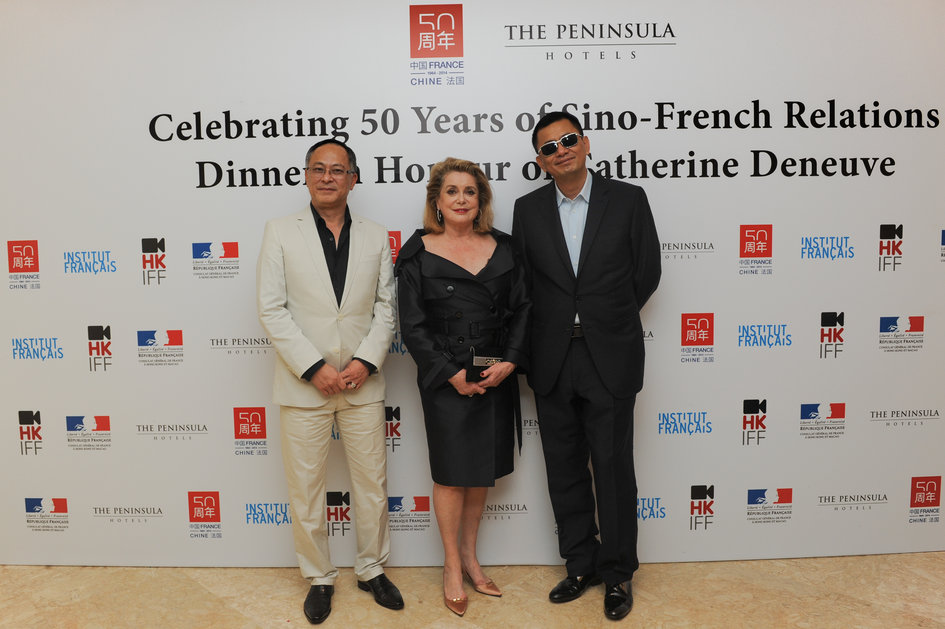 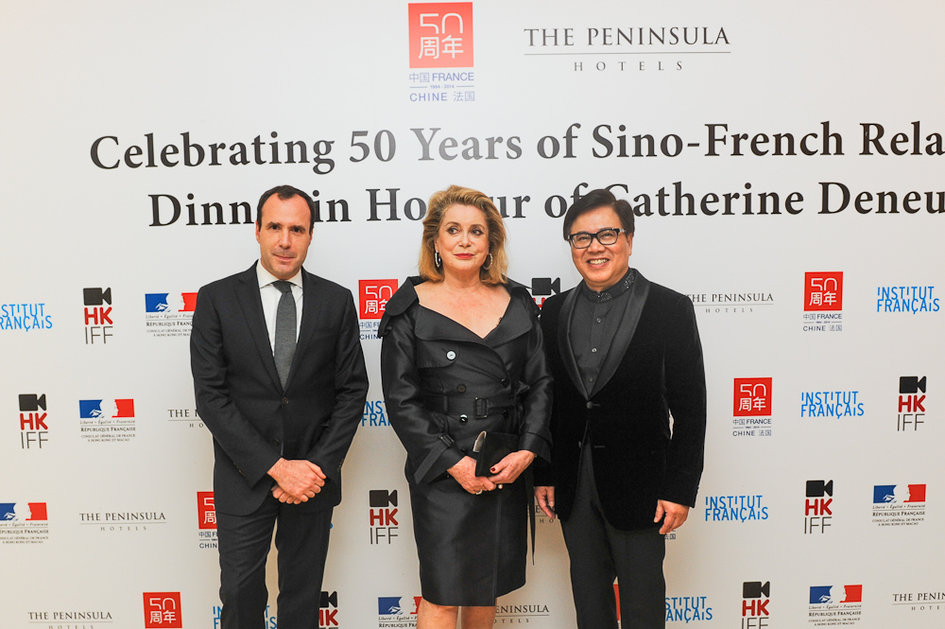 Last Thursday, Isabelle Huppert was in Macau for the Asian Film Awards, to present Best Film won by Wong Kar Wai for "The Grandmaster". She also received from the Academy a award; inducting her First Honorary Member of the AFA Academy. 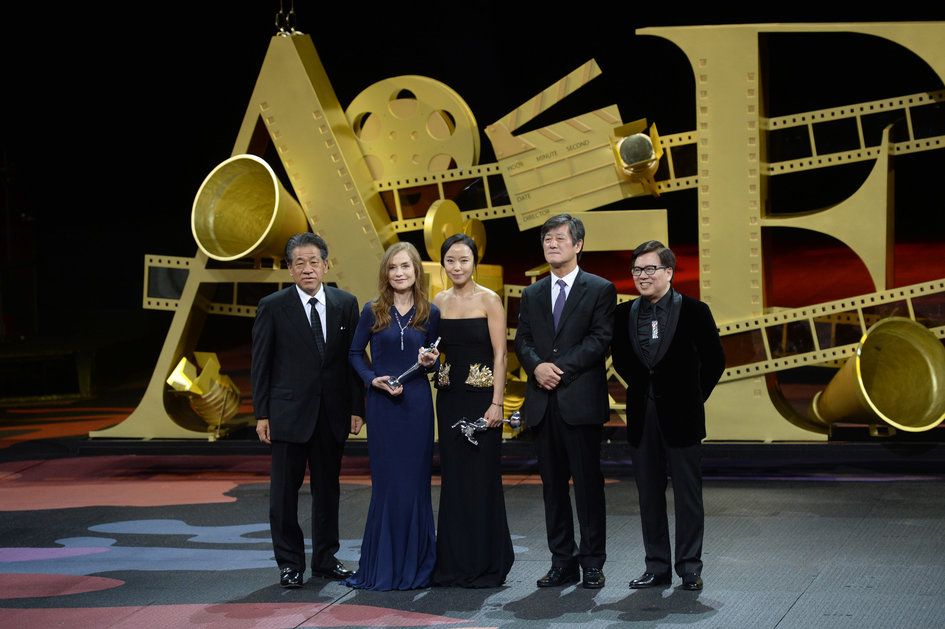 In the framework of the 50th anniversary of the establishment of Sino-French relations, the Consulate General of France in partnership with the Hong Kong International Film Festival greets at the Peninsula Hotel, Isabelle Huppert and many Asian cinema personalities. 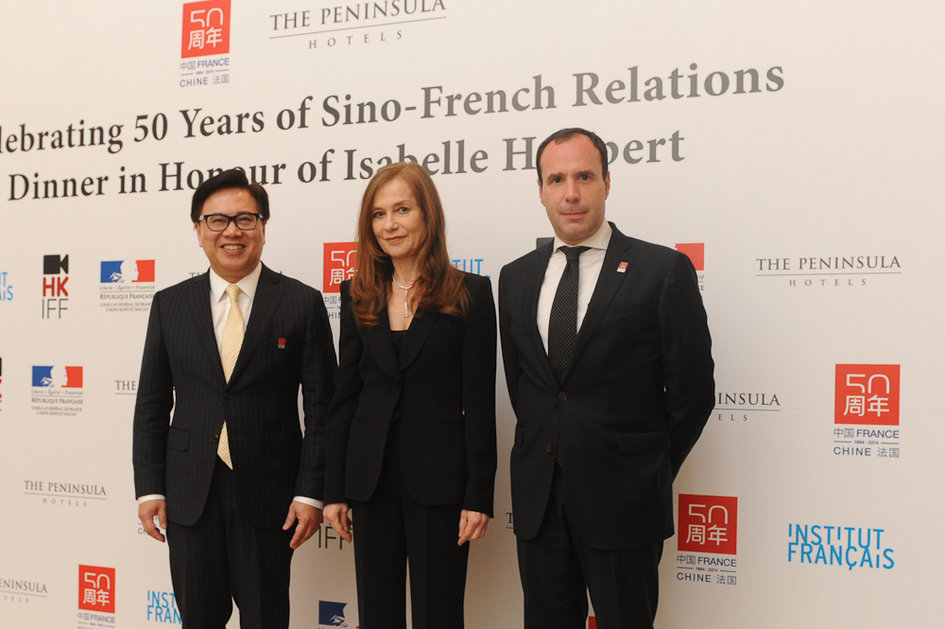 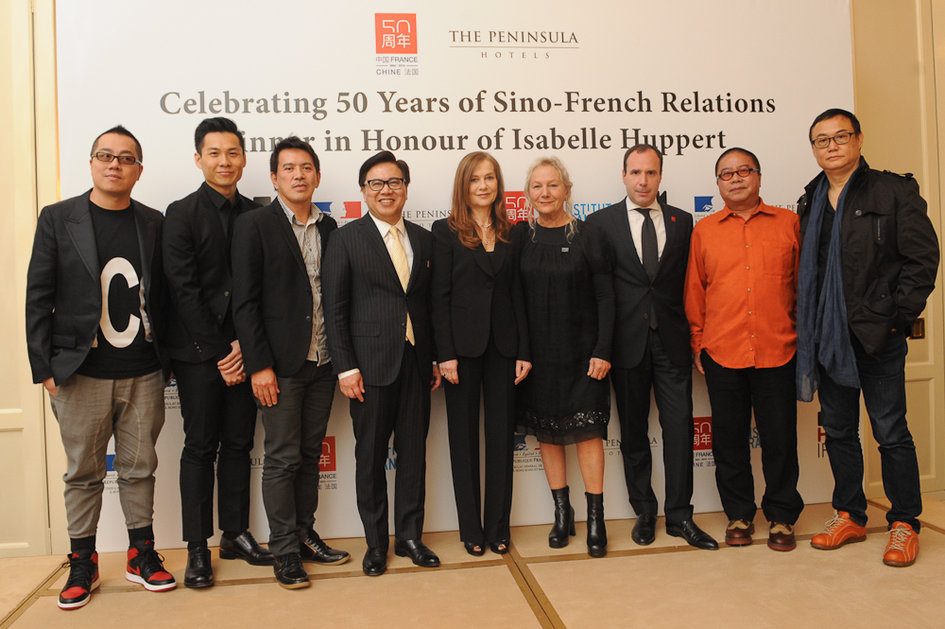 Wednesday, March 26 at 7:45pm @The Grand Cinema with a post screening talk with the actressThursday, March 27 at 9:45pm @The Metroplex 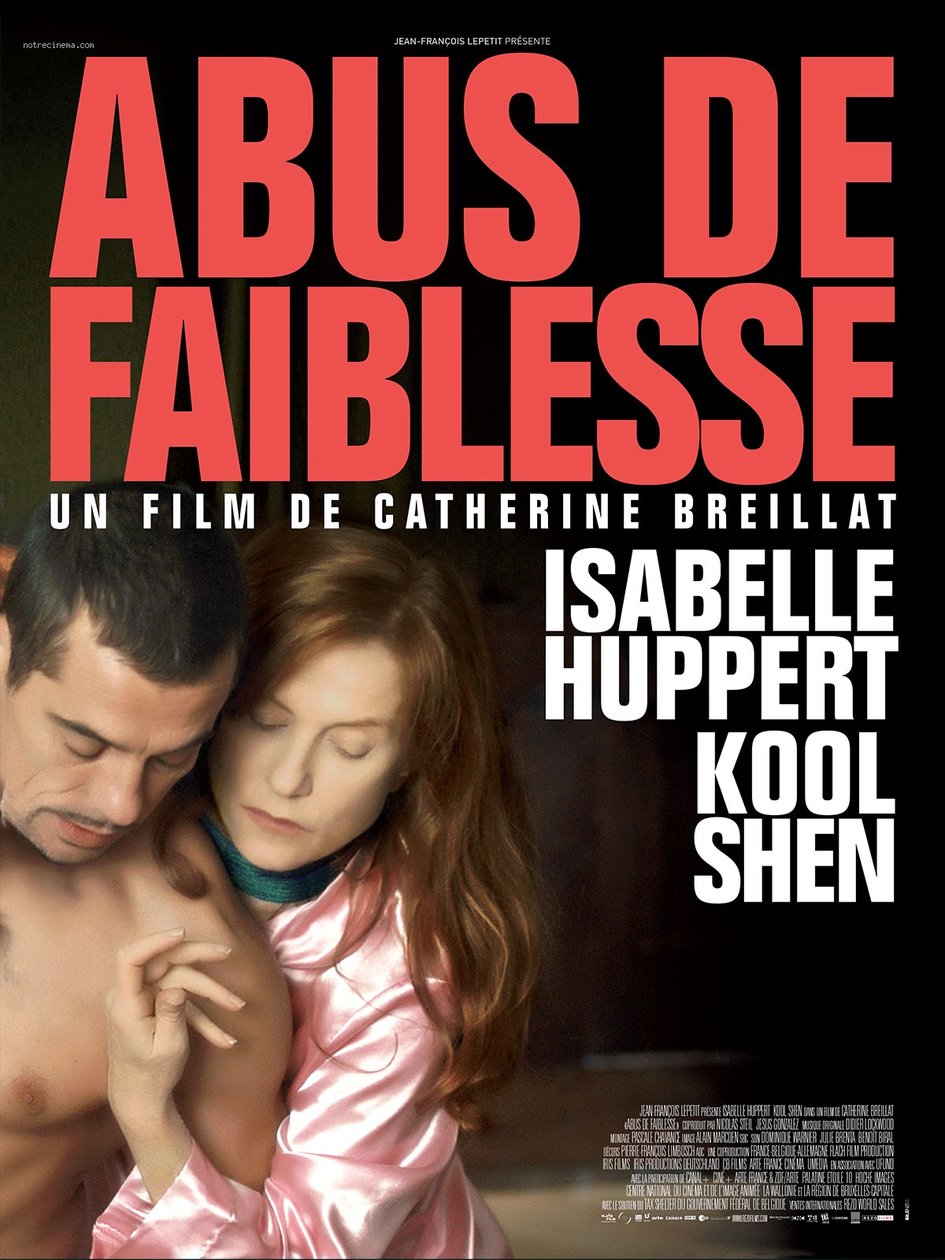 One morning, Maud, a film director, wakes up in a body half alive / half paralyzed. Vilko, a famous celebrity, arrogant and magnetic, fills with his presence the TV screen Maud is watching that night: he is her new actor. They meet the day after and he will never leave her again. Vilko takes advantage of her fragile state and embezzles her of huge amounts of money.

The festival is also presenting three of her major films : 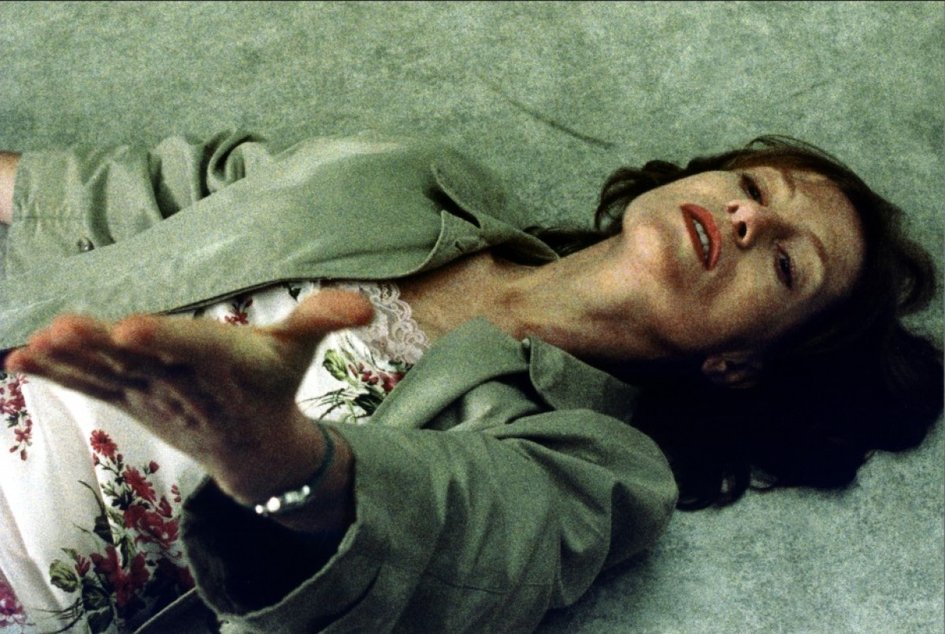 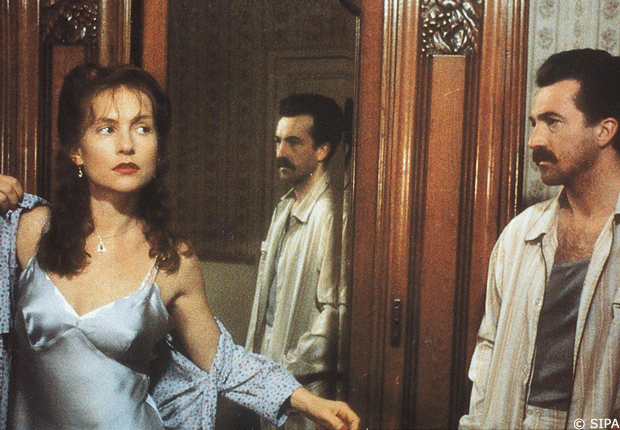 During World War II, in occupied France, a woman of limited schooling raises two children in a ratty flat. She is Marie Latour. In 1941, her husband Paul returns from the front, too weak to hold a job. Marie discovers she can make money performing abortions, using a soapy water douche. Many of her clients are knocked up by occupying Germans. She buys better food and clothes, looks for a new flat, and, through an acquaintance who is a prostitute, rents out her bedrooms to hookers during the day. She’s indifferent to Paul; his humiliations grow as does her income. She hopes to be a singer. Male Vichy umbrage and moral hypocrisy may upend her. What is she thinking? 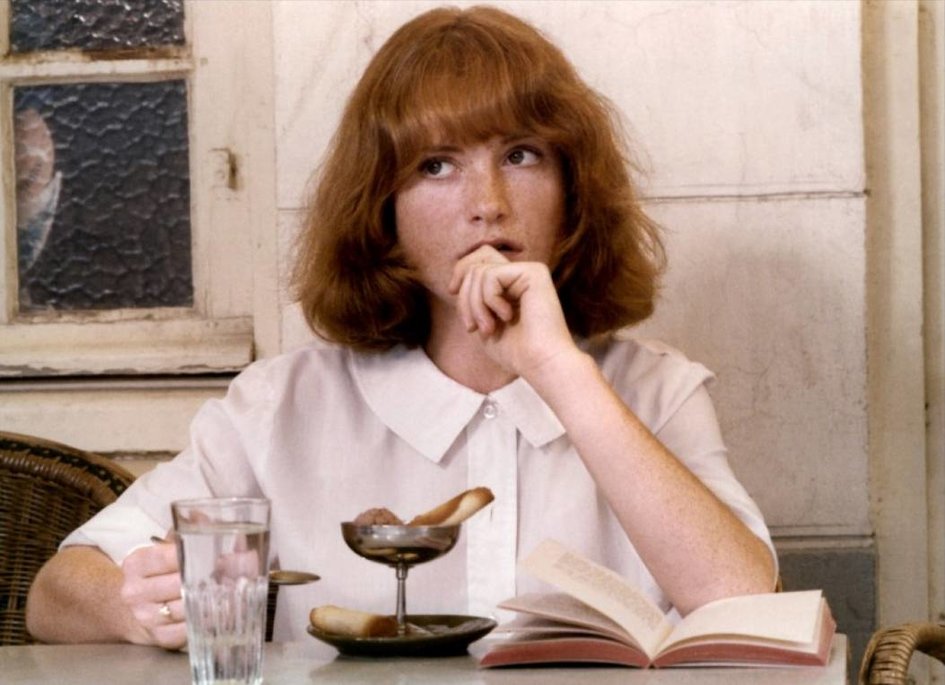 Pomme, an apprentice hairdresser, dreaming of becoming a beautician one day, is a quiet, fragile, reserved young woman. One day, she meets the literature student François, a middle-class intellectual. François becomes her first lover, but their intellectual and class differences get in the way of their happiness.

Prize of the Ecumenical Jury at the 1977 Cannes Film Festival.