The 7th edition of the Pearl River Delta the inter-university French Speech Competition took place at the University of Hong Kong on 19th March, right before the International Day of Francophonie on 20th March. A total of nine finalists, where four of them are from universities in Hong Kong and five of them are from those in the Guangdong province, presented their well-prepared speeches during the competition. 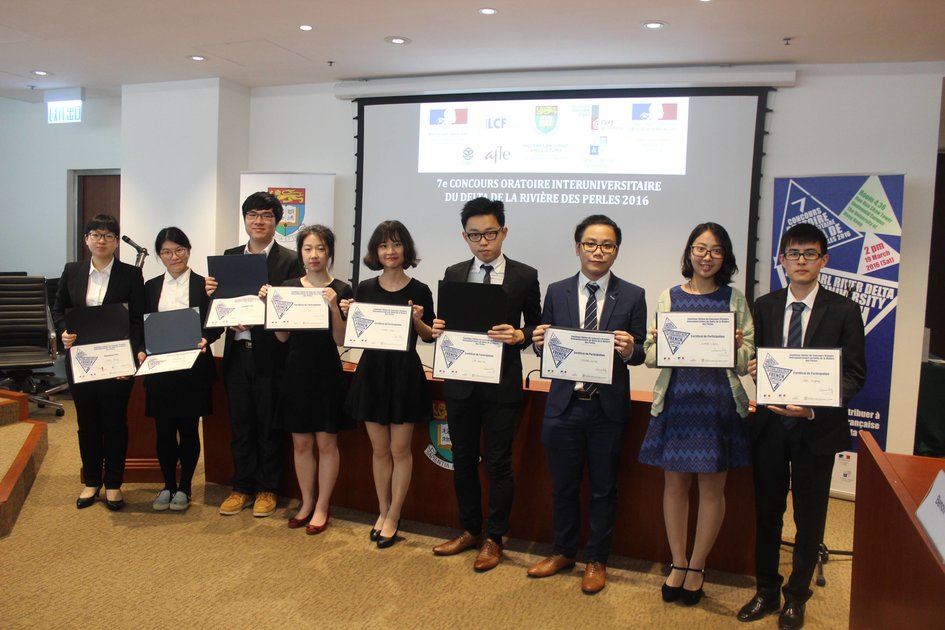 The Pearl River Delta inter-university French Speech Competition is a yearly event which takes place in March. It is one of the key events of the Francophonie Festival.

Together with their French professors as well as all other invited parties all gathered at Centennial Campus, each of the nine finalists of the French Speech competition gave a speech on the designated topic: “How can I make contributions to promote the French language in the Delta?” (« Comment puis-je contribuer à promouvoir la langue française dans la région du Delta ? »)

Before the candidates delivered their speeches, the guests of honour were invited to give a welcoming speech.

Dr Ian Holliday, Vice-President of the University of Hong Kong gave a warm welcome to the nine candidates as well as all invited parties in participating in this event.

Mr Eric Berti, Consul General General of France in Hong Kong and Macau gave a speech in recognizing the excellent French linguistic ability of the nine finalists, and wished them all the very best of their speech delivery and success in the future with their fluency in French.

Last but not least, Dr Kendall Johnson, Head of School of the School of Modern Languages and Cultures of the Faculty of Arts, the University of Hong Kong also wished the very best of all candidates presented that day. 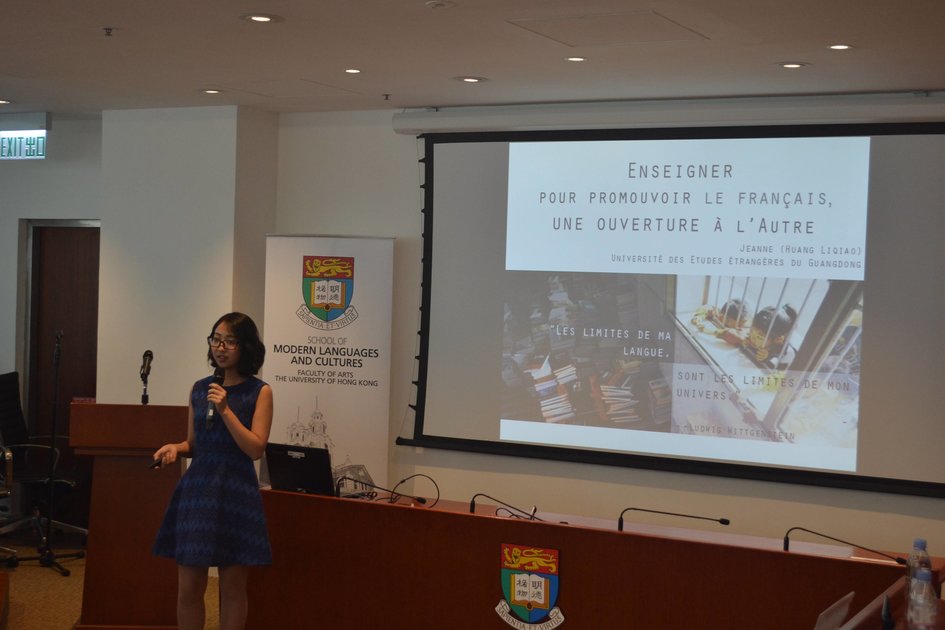 The winners of this competition are as follows :

Champion : Mr. NG Tsz Kwan (Gordon) from the Chinese University of Hong Kong. Gordon proposed a series of concrete, creative and yet achievable ideas and activities during his speech. His idea of promoting French learning via specific IT tools is particularly noteworthy.

The winner of the first prize obtains a 4-week intensive summer course at the Institut de Langue et de Culture Françaises (ILCF) at the Catholic University of Lyon, as well as HKD10,000 offered by the Consulate General of France in Hong Kong and Macau.

First runner-up : Ms CHEN Yanyu from Sun Yat-sen University at Guangdong, who delivered a well-organized speech of rich content on promotion of French language in the Delta with a title of “sur un air de violon”. She receives a 2-week intensive summer course at Centre universitaire d’études françaises (CUEF) at Université Grenoble Alpes, as well as HKD10,000 offered by the French Law Firm Thomas, Mayer & Associés and the Consulate General of France in Guangdong.

Second runner-up : Ms HUANG Jingya from Sino-French Institute of Nuclear Engineering and Technology, Sun Yat-sen University, who offered a range of useful tools and concrete examples in proposing possible discussions over the Delta region with the title of “Three of my personal experiences with regard to the promotion of French language”. She receives a sum of 500 euros offered by the Consulate General of France in Guangdong.

The jury is composed of the following members: Attachés of linguistic cooperation from the Consulate General of France in Guangdong and the Consulate General of France in Hong Kong and Macau, a lawyer from the French Law Firm Thomas, Mayer & Associés and a teacher from CUEF of Université Grenoble Alpes, and also the director of the ILCF at the Catholic University of Lyon, who is the president of the jury. 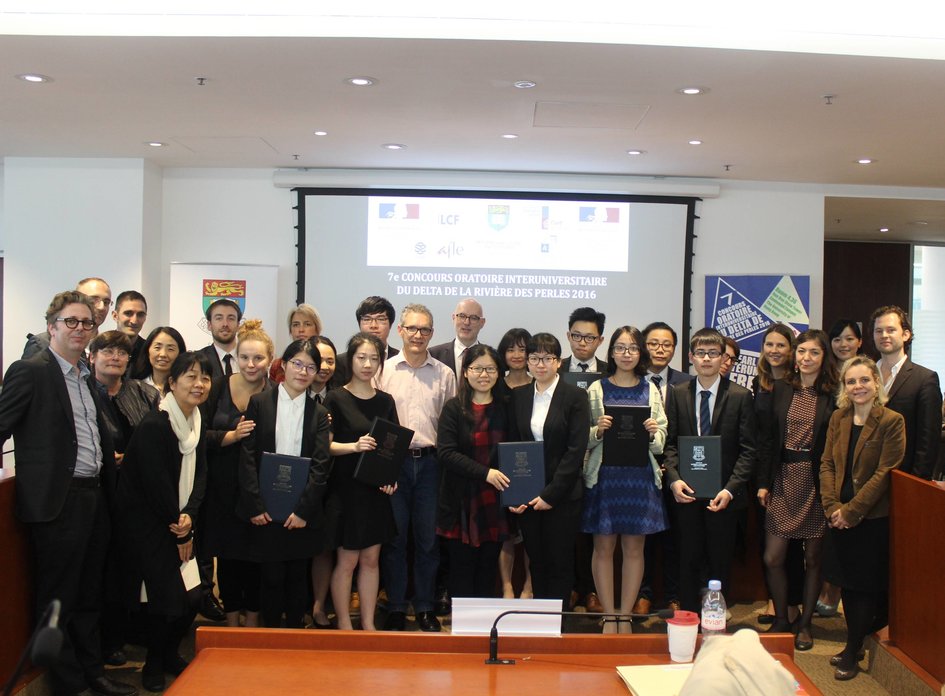 We hereby once again extend our congratulations to all the participants of the competition and we hope to see you all again next year.