Home > Culture, Education and Science > News > Research and Higher Education > Insead, the leader of the world ranking of MBA 2016

The Financial Times published its worldwide list of the best Master programs in Business Administration. The Insead lands on top. 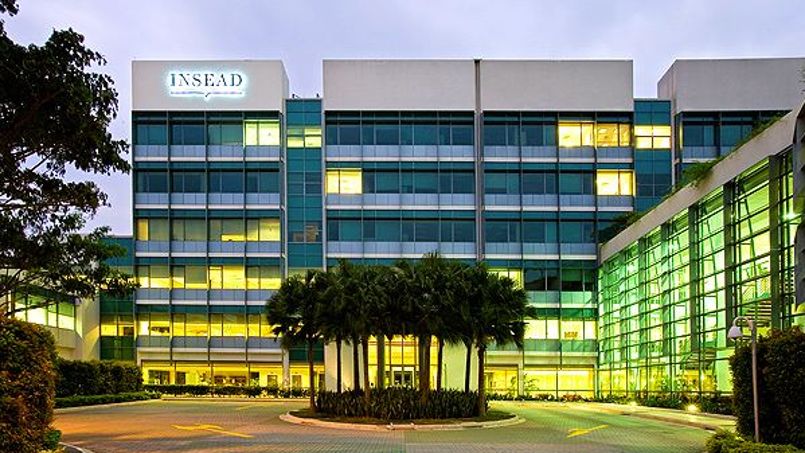 The French school Insead management is the champion of the renowned world ranking of Masters in Business Administration (MBA) directed by the British newspaper Financial Times. More importantly. this is the first time in the history of the rankings that a one-year program tops. Among the 100 “winning” schools present, France is however underrepresented, with only four establishments classified, against 15 for the UK and 47 for the United States, including 7 American schools ranked in the Top 10.

90% of the students and teachers at Insead are international

For the 18th edition of the ranking, it is of course Insead who receives the honor. The school, which has been ranked in the top 10 for 17 years, was ranked 4th in 2015 to climbed up to the 1st place this year. It is the best of the best MBAs. One of the main strengths of the school: the evolution of salaries of its graduates. They receive on average 154,284 euros (167,000 dollars) per year, an increase of 96% compared to pre-MBA salaries.

The school drops in ranking when it comes to quality-price ratio but nevertheless remains far ahead of its competitors in the Top 10. Very International - 90% of its students and teachers are foreigners - Insead occupies the 3rd place of the ranking when it comes to the international mobility of its students and 5th place for its international career, since the school has three campuses in Fontainebleau, Singapore and Abu Dhabi. 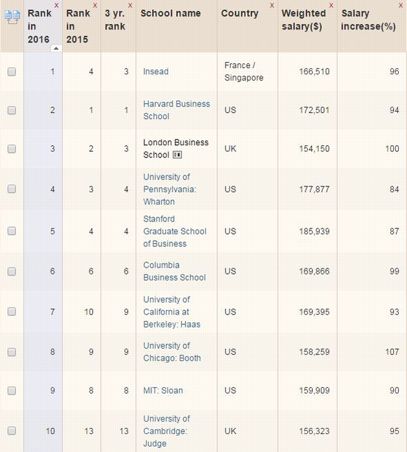 HEC Paris is found ranked 15th, gaining one place compared to last year. The increase in compensation of its graduates (before and after MBA) is dramatic: an increase of 108%, with the output of the program, an average annual salary of 124,066 euros (134,299 dollars). EDHEC, which had not been classified in 2015, occupies the 84th place in the ranking. Its graduates earn an average 98,625 euros (106,761 dollars) per year, an increase of 66% compared to their pre-MBA salary. At the 94th place, the Grenoble Management School reappears in the rankings after several years of absence. The remuneration of its students averaged 86,540 euros (93,680 dollars) per year, a wage increase of 80%.

Monopoly of the US institutions

The US is, unsurprisingly, in a near monopoly position in the top 10 of the ranking. The prestigious Harvard University is overtaken by Insead and drops to the 2nd place overall. Respectively in 4th and 5th position, the Universities of Pennsylvania (Wharton) and the renowned Stanford lose both one place compared to 2015, while Columbia remains in the 6th place. The University of California at Berkeley won three seats and has climbed to 7th place while the University of Chicago (Booth) goes from 9th to 8th position. MIT, meanwhile, lost a place and ranks 9th.

The UK has two establishments in the Top 10. In third place, London Business School lost a place compared to 2015. The University of Cambridge (Judge) records, meanwhile, a clear progression and climbs from 13th to 10th.

Published on 26 Jan by Fanny Lauzier on Le Figaro.fr