On 5 July 2018, Consul General Eric Berti inaugurated the Fronde Memorial after its restoration. The monument was erected in the memory of five French sailors who perished in the sinking of the torpedo destroyer Fronde during the great typhoon that hit Hong Kong on 18 September 1906. 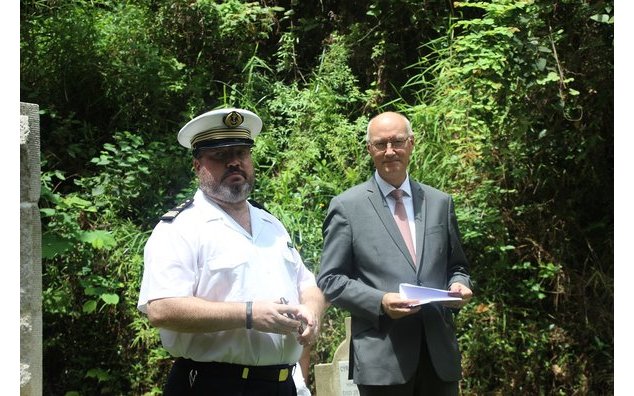 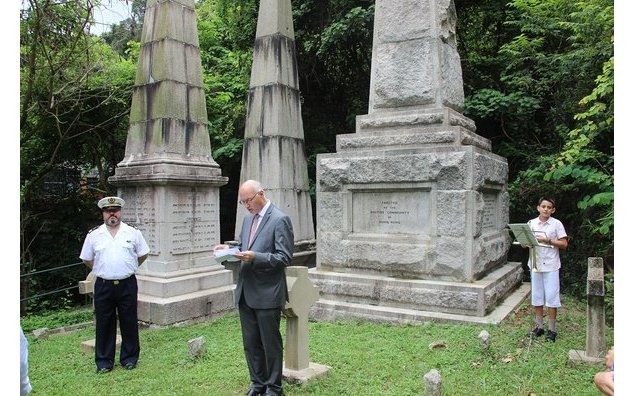 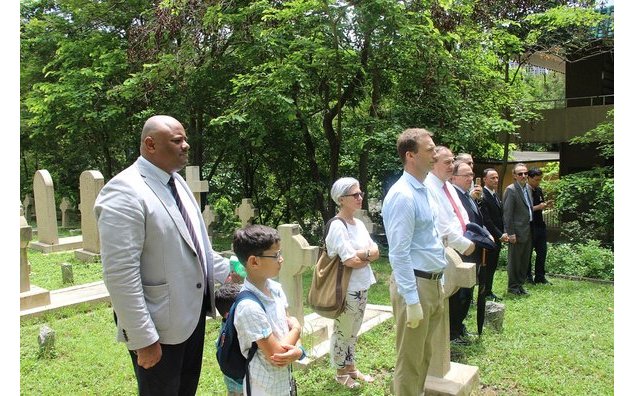 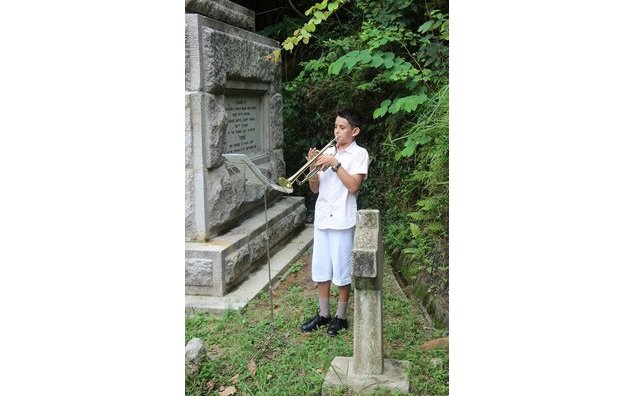 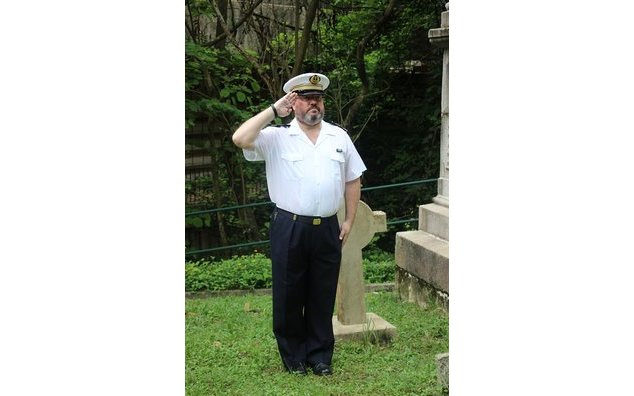 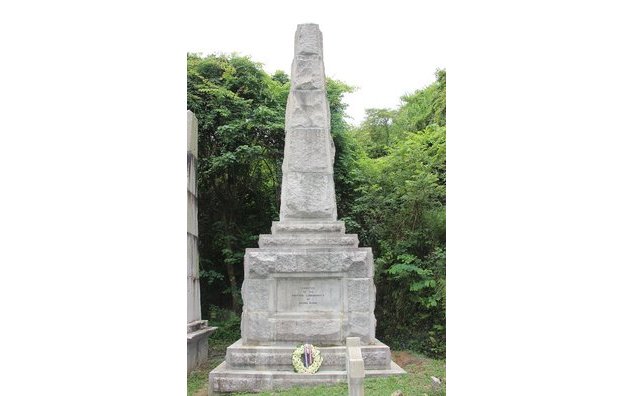 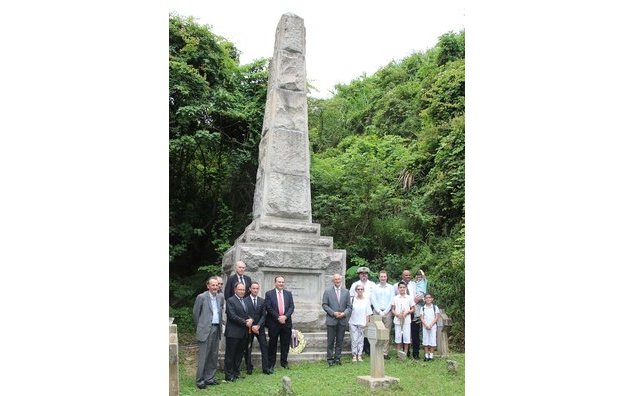 The Fronde Memorial was inaugurated in 1908 in Kowloon,. During the first half of the 20th century, this obelisk was a familiar place at the intersection of Gascoigne Road and Jordan Road, where there was a bus stop rightly named “Monument”. But the constant evolution of the urban landscape in Hong Kong required relocating the monument in 1968 and it was transferred to the Happy Valley cemetery on Hong Kong Island.

Then, for decades, the monument was left abandoned and its condition deteriorated over the years. A few weeks ago, the Consulate General of France and the Souvenir Français association decided to appeal to the French community’s generosity and launched a funding campaign to restore the monument. In just two days, sufficient funds (54.000 HKD) were obtained to complete the funds raised at the Souvenir Français gala on 13 April and start the restoration.

During the ceremony, the Consul general thanked all the donators involved in the campaign. Then a minute of silence was observed, which was followed by La Marseillaise, the French national anthem.