In The House, the latest film by François Ozon starring Kristine Scott-Thomas and Fabrice Lucchini will be released in Hong Kong. [fr]

In The House, presented at the Toronto International Film Festival in September 2012, the psychological thriller depicts the relationship between a teacher and her student. 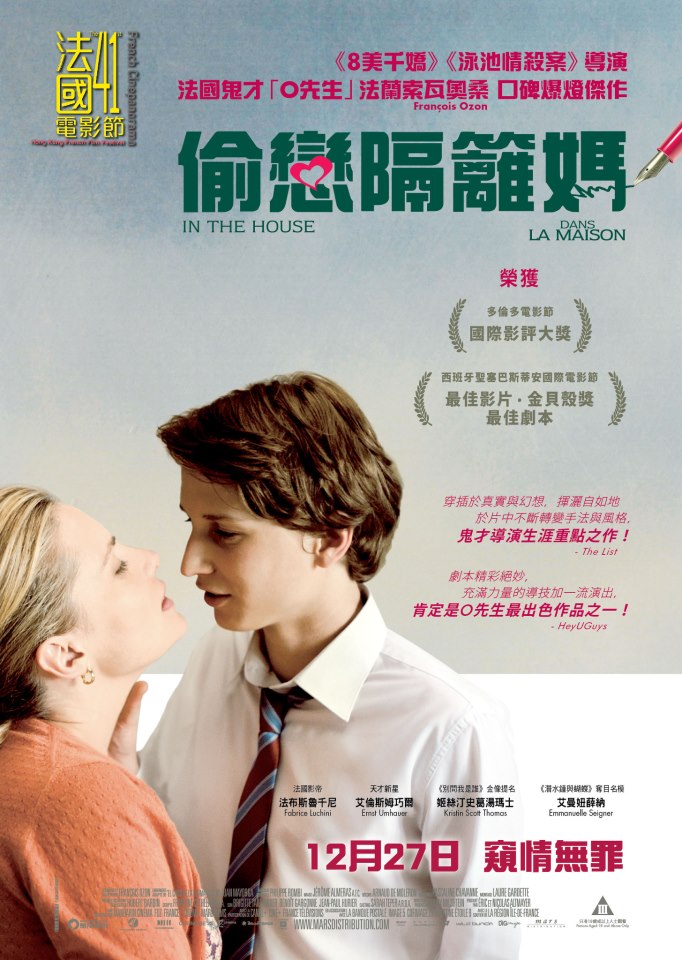 A 16-year-old boy in-sinuates into the house of the student in his class where he recounts a story to his French teacher as part of the written assignment. When the latter resumes her taste of teaching, this difficult student has triggered a series of uncontrollable events.

Discover the film in the following cinemas:1/ Broadway cinematheque 2/ The Grand3/ Palace IFC