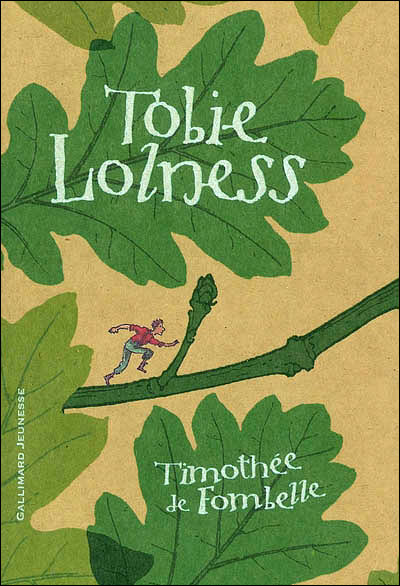 In 2006 and 2007, the French author and playwright published his first novel “Toby Alone”. The novel met a great popular success and received positive reviews. It has been translated in 19 languages and has been credited with over twenty French and international awards, amongst which the 2009 Marsh Award, the Italian Andersen Award and most French awards for young adult literature. As we speak, his book is being adapted to the cinema. Timothée de Fombelle went on to write a number of other novels, notably the saga Vango in 2001, which was chosen to represent France at the International Board on Books for Young people. 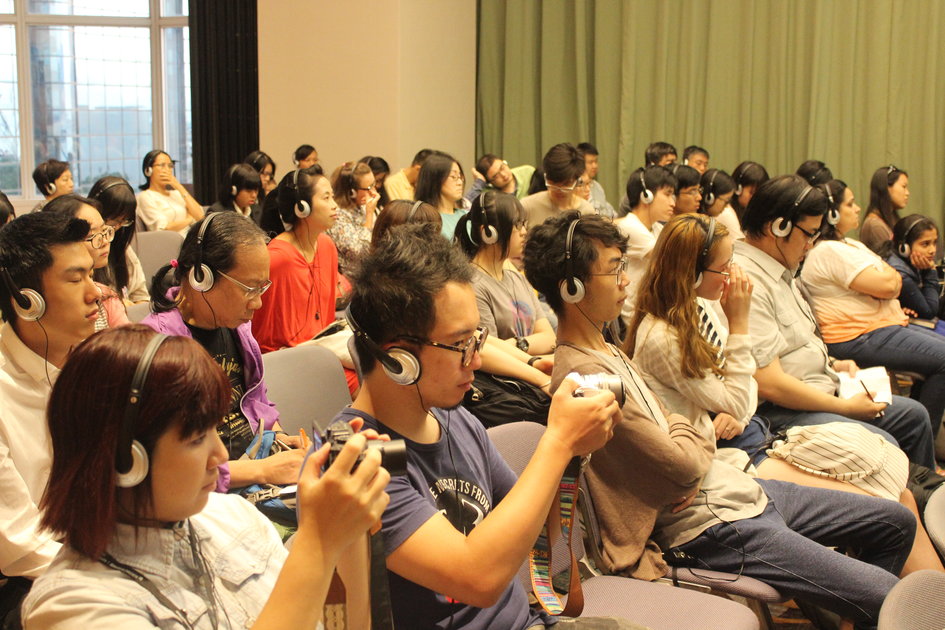 The public thoroughly enjoyed meeting M. de Fombelle. During this conference held in French and translated in English and Cantonese, the writer shared his experience and talked about his two novels "Toby Alone" and "Vango".

A special bond appeared between him and the moderator, M. Christophe Tong Yui, specialist of French literature (especially Malraux), who successfully led the debate. 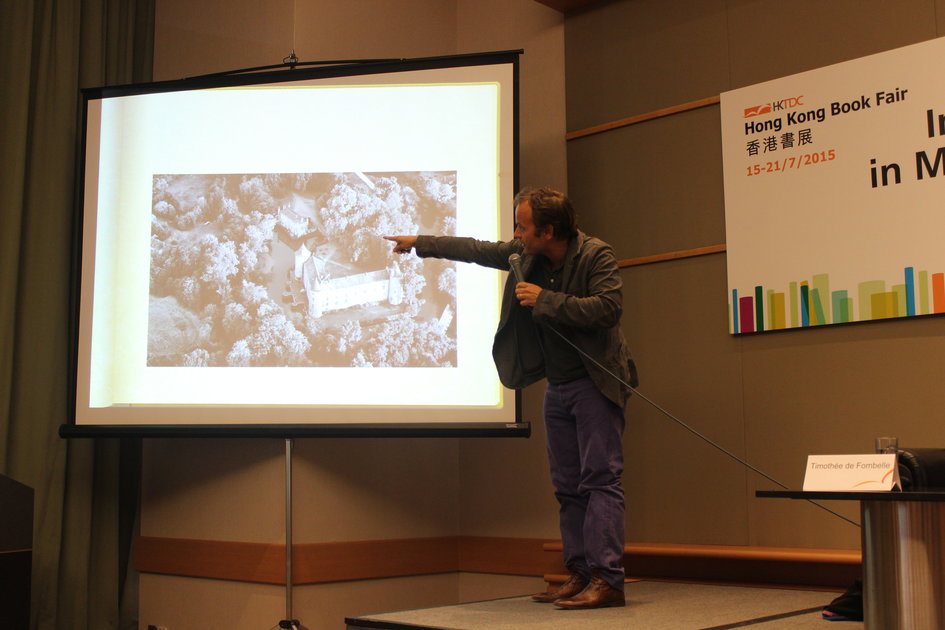 M. de Fombelle shared his passion for writing and explained that he feeds on reality to write a story. He also uses a lot his personal experience, his tastes, such as his love for nature and his readings, as Alexandre Dumas’s novels, to write. 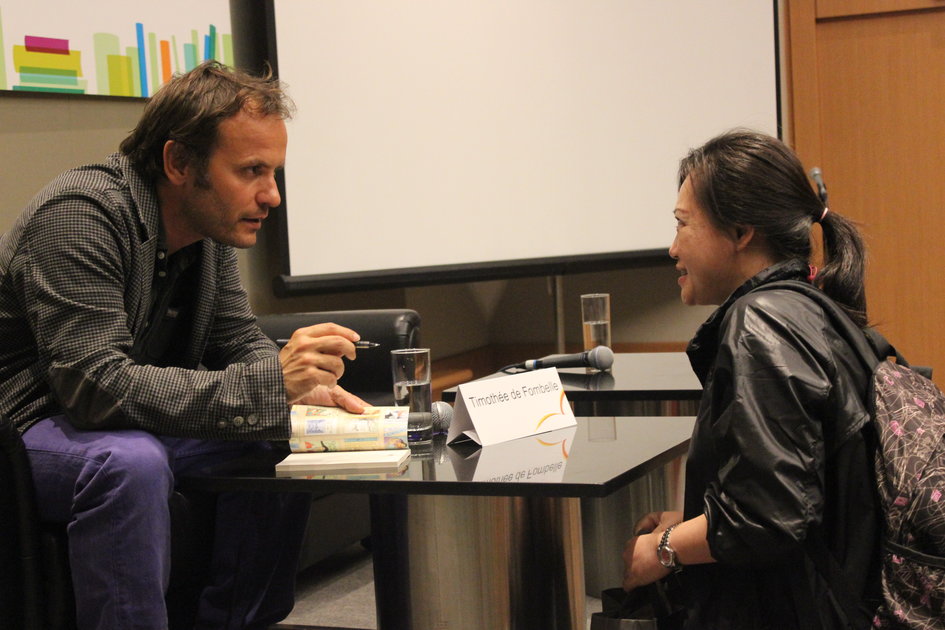 The public, enthralled by the conference, was able at the end to ask questions to M.de Fombelle and to learn more about his process of writing.

After the public session, people hastily bought a copy of one of his novels to get it signed by the author himself.