The Hong Kong Arts Centre is taking part in the 1st edition of the “Focus Immersive Realities” programme organised by Institut Français from April 3 to 7 in France.

The “Focus Immersive Realities” programme aims to promote the French immersive reality productions and applications to foreign professionals and exchanges between French, foreign and Hong Kong professionals and international cooperation initiatives. It is initiated by the Institut français in partnership with the Consulate General of France in Hong Kong and Macau, Laval Virtual and the NewImages Festival. 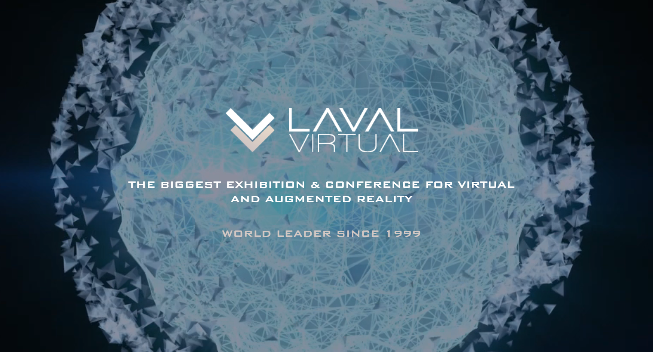 Today, a new generation of French professionals, including designers, producers, distributors, broadcasters and events programmers, have seized this medium to create, relate, convey and release original French immersive reality offerings that are beginning to be discovered abroad. In October 2017, the Institut Français launched its first website dedicated to French cultural virtual reality, culturevr.fr, a bilingual website ready to evolve and be fed with contributions, to present French works and professionals in this field with a view to promoting and enhancing the release of French immersive creations all over the world.

The scouting path consists in demonstrating immersive experiences and moments of exchanges between French and foreign professionals through roundtable discussions and speed meetings. The aim of this Focus on Immersive Reality is to:

The Consulate of France in Hong Kong and Macao is actively involved in this “Focus Immersive Realities” programme. We have selected Ms Teresa Kwong, Programme director at the Hong Kong Arts Centre, to take part and also financed her trip to France. Ms Kwong offers a rich profile as a video and film producer, festival programme, cultural venue curator and audiovisual broadcaster involved in financing and broadcasting immersive reality content.

The Hong Kong Arts Centre represents a major partner of cultural and digital arts exchanges between France and Hong Kong. In 2017, we partnered up to present the first local edition of “Digital November”. This worldwide event strives to promote French new digital practices that benefit cultural, linguistic and educational actions on a yearly basis. We also organised a 48-hour Virtual Reality Jam at Hong Kong Arts Centre; this original hackathon concept invited creative content makers to write, shoot, edit, and distribute a Cinematic VR experience in less than 48 hours. 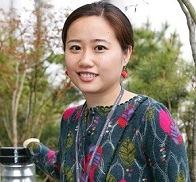 Currently the Programme Director of the Hong Kong Arts Centre, Teresa Kwong is committed to nurture and promote the next generation of Asian talents in creative media. Ms Kwong has been leading the ifva (Incubator for Film and Visual media in Asia), a leading festival for nurturing the next creative talents in moving images in the region for ten years between 2004 and 2014. She has been invited to give presentations and curate programs about Hong Kong + Asian independent cinema for oversea festivals/ institutions in the United Kingdom and Poland, etc. Ms. Kwong has been awarded a Starr Foundation fellowship by the Asian Cultural Council to conduct research and undertake residencies at arts organizations specializing in film and media arts in New York (Eyebeam Art + Technology Center and Electronic Arts Intermix - video art distributor) and Los Angeles (REDCAT, the California Institute of the Arts) in 2007 - 2008.

Since 1999, Laval Virtual has been a reference show and European leader in the realm of new technologies and the uses of the virtual world. This show has demonstrated an ever- increasing attendance rate each year, with 17,700 visitors in 2017, and constant diversification in the sectors of activity represented, namely Industry, Heritage, Health, Training, Marketing, Culture, etc.

Always at the cutting-edge of innovation, the Paris Virtual Film Festival and I LOVE TRANSMEDIA have come together to create the NewImages festival, the first event entirely dedicated to all forms of digital creation and all kinds of virtual worlds. The NewImages festival is a space where the general public can discover and experiment with new media, while industry professionals can come together to discuss key issues and younger audiences can take the time to reflect on the latest media innovations. In 2018, the festival is offering industry professionals a rich and ambitious program to help them create and promote digital production in all its forms. This industry sidebar will run across two days, Thursday 5 and Friday 6 April, and is exclusively reserved for accredited attendees, including the best creators and financers, representatives of the US majors, GAFA, incubators, and international financing centers.