Presented at the Cannes Festival in the competition and voted for the best film of 2012 by the editors of the Cahiers du Cinéma, you can now discover the revelation of the French film on the big screen: Holy Motors.

From dawn to dusk, a few hours in the life of Monsieur Oscar, a shadowy character who journey from one life to the next. He is, in turn, captain of industry, murderer, beggar, monster, a family man...

In pursuit of the beautiful gesture. Motor of action. The women and the ghosts of his lives. But where is his house, his family, his rest?

The film will be presented at Palace IFC and at the Broadway Cinematheque. 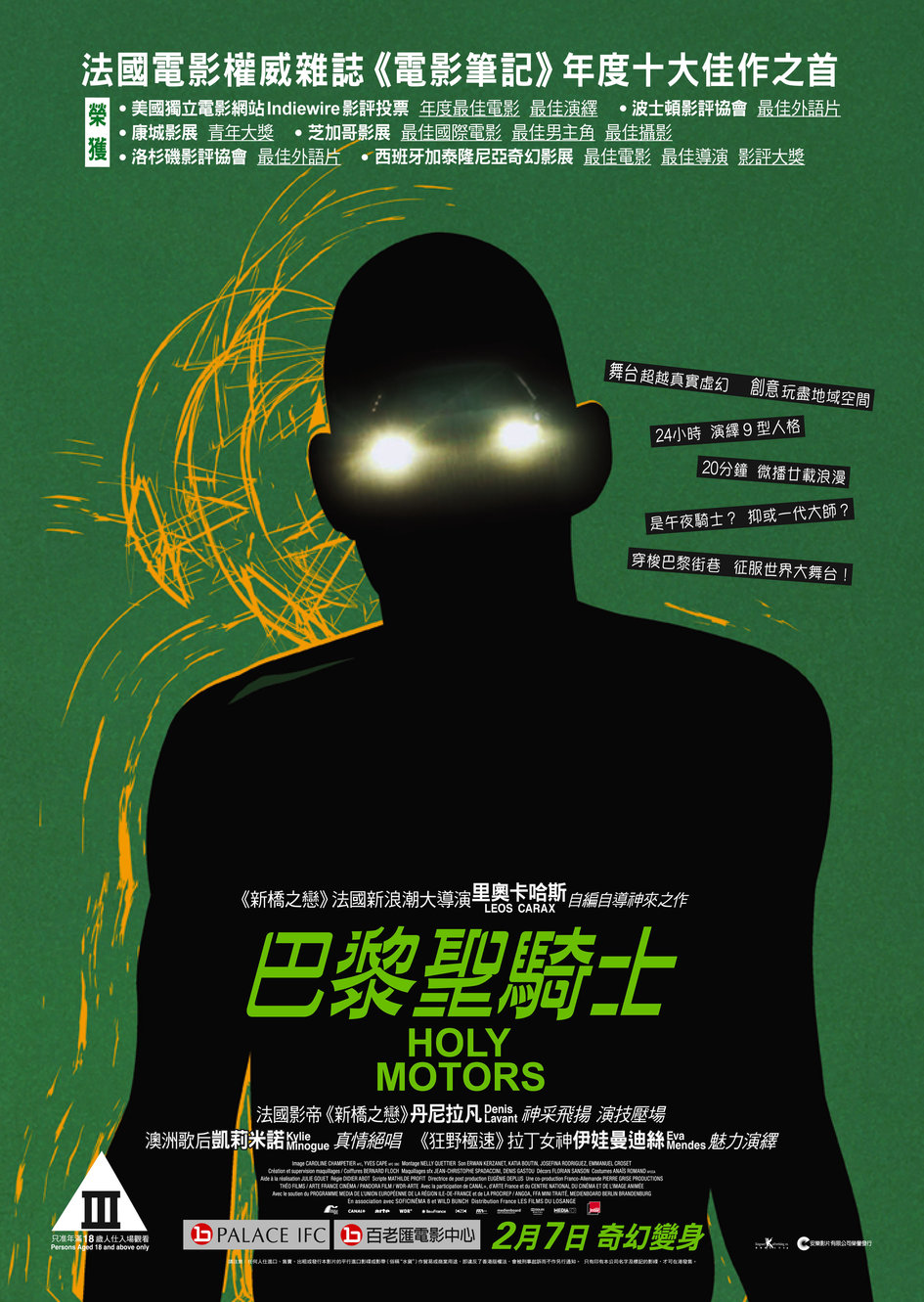