A truly multi-faceted and charismatic artist – for pianist Hélène Grimaud music is a limitless passion. Hélène is a naturally emotive, spiritual performer whose success as an international artist is overwhelming. She has achieved her professional standing through an intense touring and recording programme in which she shares her profound, original interpretations of classical music. A committed conservationist and human rights campaigner, Grimaud also lends her prodigious talent and eloquence to the literary world with her successful books. 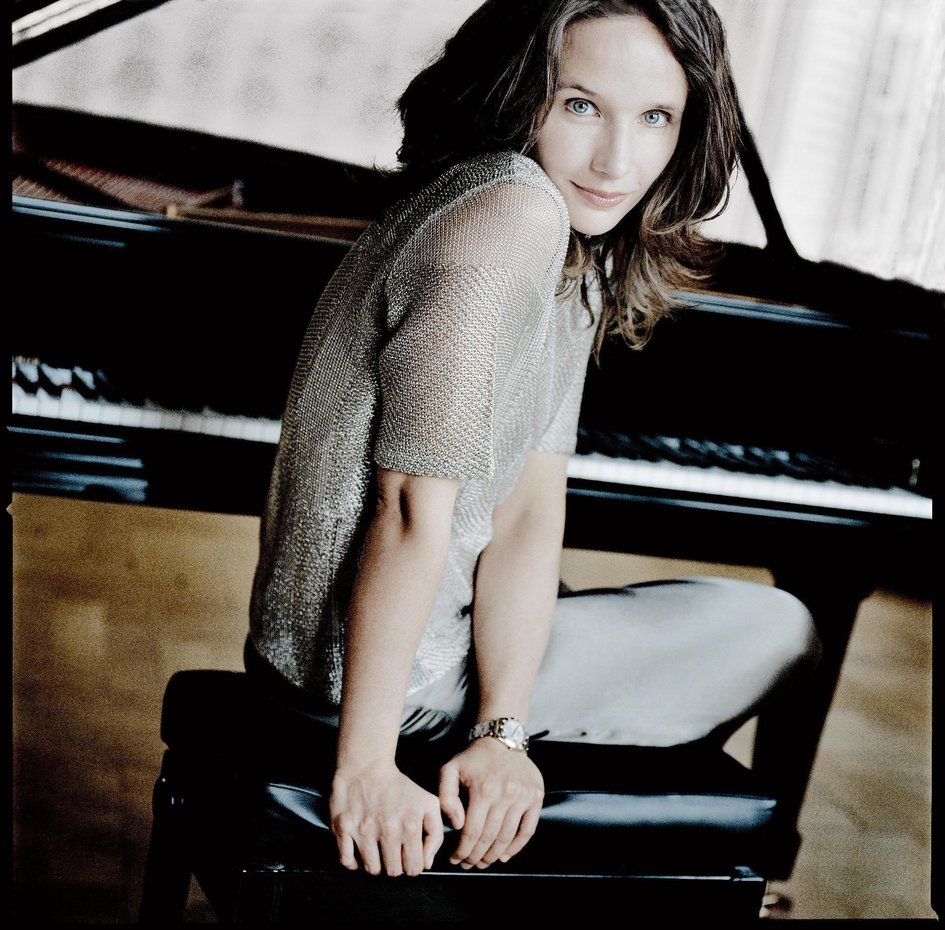 An ardent and committed chamber musician, Hélène Grimaud performs regularly in the most prestigious festivals and cultural capitals with a wide range of collaborators including Sol Gabetta, Thomas Quasthoff, Rolando Villazòn, Jan Vogler, Truls Mørk, Clemens Hagen and the Capuçon brothers. This autumn she will give concerts in Germany and France with Sol Gabetta to support the release of their ‘Duo’ CD on Deutsche Grammophon featuring the cello sonatas of Schumann, Brahms, Shostakovich and Debussy, recreating the programme of a concert the two artists performed together at the 2011 Gstaad Festival and which the Berner Zeitung described as “Breathtaking”. An exclusive Deutsche Grammophon artist since 2002, Hélène is one of DG’s most important recording artists with a string of imaginative and highly successful discs. Her recent 2011 release, Mozart ‘s Piano Concertos No.19 and No.23 with Kammerorchester des Bayerischen Rundfunks also featured a collaboration with singer Mojca Erdmann on a recording of Mozart’s ’Ch’io mi scordi di te? KV 505’ whilst her 2010 release, the solo recital album Resonances, featured music by Mozart, Berg, Liszt and Bartók. Previous DG recordings include Bach’s solo and concerto works in which she directed Die Deutsche Kammerphilharmonie Bremen from the keyboard, and a Beethoven disc with Staatskapelle Dresden and Vladimir Jurowski, ‘Reflection’ and ‘Credo’ (both of which feature a number of works linked thematically), and a Chopin and Rachmaninov Sonatas disc. Hélène also features on two recent DVD releases: 2010 ECHOKlassik award winning DVD of Rachmaninov’s Second Piano Concerto with Claudio Abbado and the Lucerne Festival Orchestra, and Ravel’s Piano Concerto in G major with Vladimir Jurowski and the Chamber Orchestra of Europe.

Recipient of numerous awards worldwide, Hélène Grimaud received the 2012 Preis der Dresdner Musikfestspiele and in 2009 the Musikfest Bremen Award. She has been appointed ‘Officier dans l’ordre des Arts et des Lettres’ by the French Ministère de la Culture in 2002 and ‘Chevalier dans l’Ordre National du Mérite’ in 2008. In 2004 she received a ‘Victoire d’honneur’ at the Victoires de la Musique and in 2005 she won the ECHO ‘Instrumentalist of the Year’ Award. Author of two very successful books, “Variations Sauvages” and “Leçons Particulières”, she champions many charitable causes, including the Wolf Conservation Center which she founded in upper New York State in 1999, the Worldwide Fund for Nature and Amnesty International.