The largest French Virtual Education Fair in Asia, “Study in France - Virtual Education Fair 2014”, has been officialy launch on tuesday 4th 2014. Mr. Arnaud Barthèlemy, Consul General of France in Hong Kong and Macau, and Dr. Eden Woon, Vice-President for Institutional Advancement of the Hong Kong University of Science and Technology, hosted a Grand Launch of the platform at HKUST, the Exclusive University Partner of the event for the 2nd consecutive year. 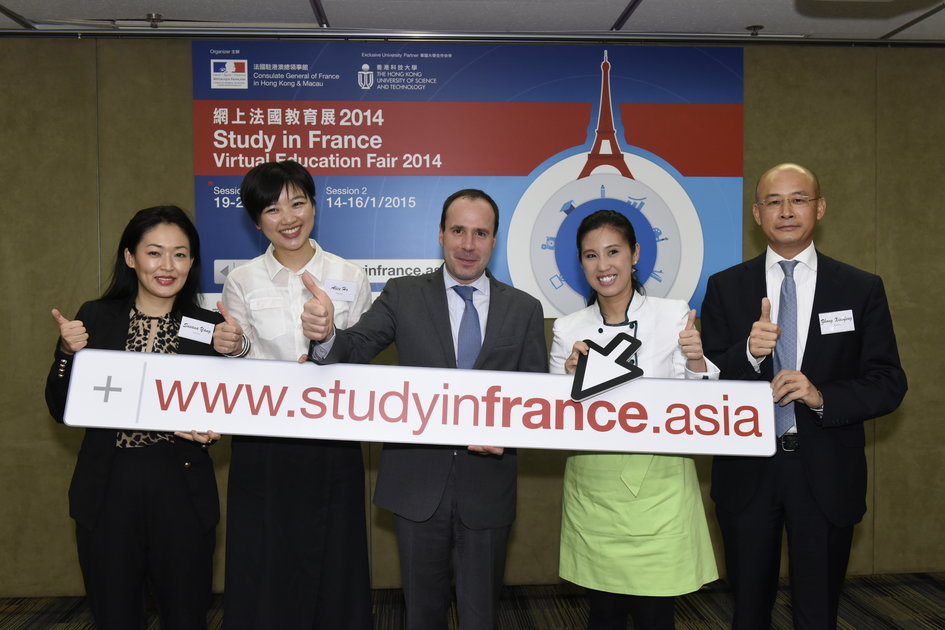 The event opened with the presence of sponsors and parteners including HKUST, BNP Paribas, Banque Transatlantique, Thalès and Thomas, Mayer & Associés, Partners like Alliance Française Hong Kong, Le French May, Campus France Hong Kong and TV5Monde, and Media Partners. Dr. Eden Woon welcomed everyone to the grand launch of this innovative event which celebrates technology and higher education. Consul General of France in Hong Kong and Macau, Mr. Arnaud Barthèlemy, announced the opening of the Online Platform and said, “Receiving nearly 300,000 international students, France is the 3rd-most-popular study-abroad destination worldwide after the United States and the United Kingdom. To respond to this trend, the ‘Study in France - Virtual Education Fair’ has extended to 9 countries and regions in Asia (Hong Kong, Macau, Mainland China, Singapore, South Korea, Laos, Malaysia, Philippines and Indonesia), allowing more than 40 million Asian students to get access to the panorama of French higher education in just a few clicks”. 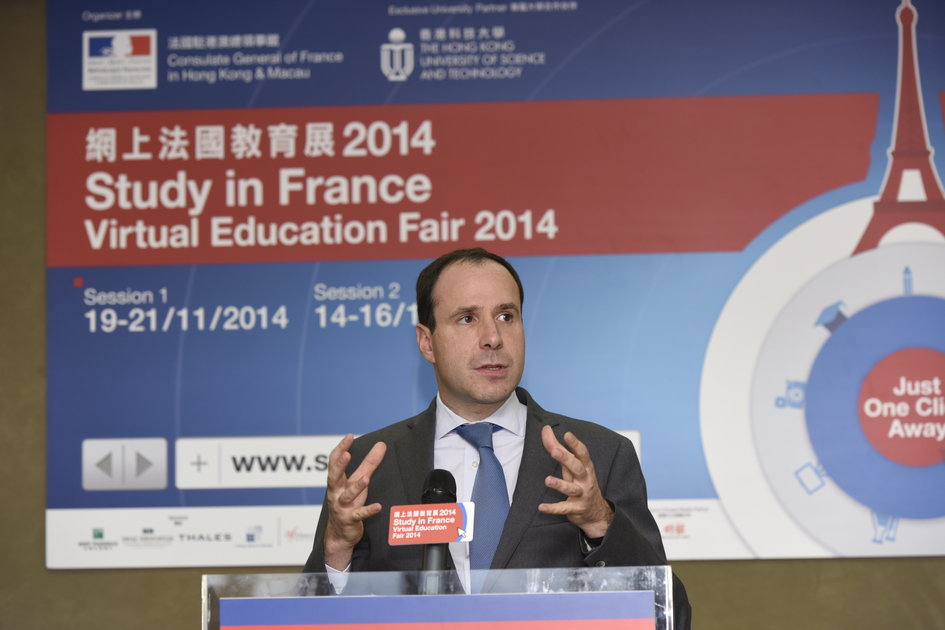 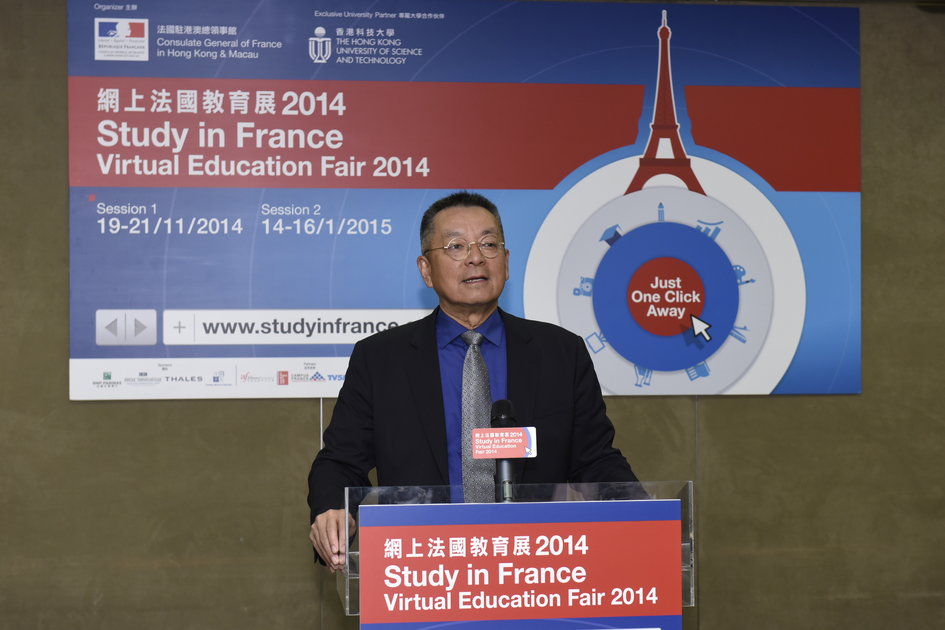 The ceremony continued with a demonstration of the Online Platform. It was followed by alumni’s sharing on site. Having studied in Le Cordon Bleu Paris, the renowned chef Ms. Alvina Chan talked about her valuable studying and living experience in France, which had significantly helped her career change in Hong Kong. The ceremony was completed with a toast to the success of the 2nd French Virtual Education Fair. 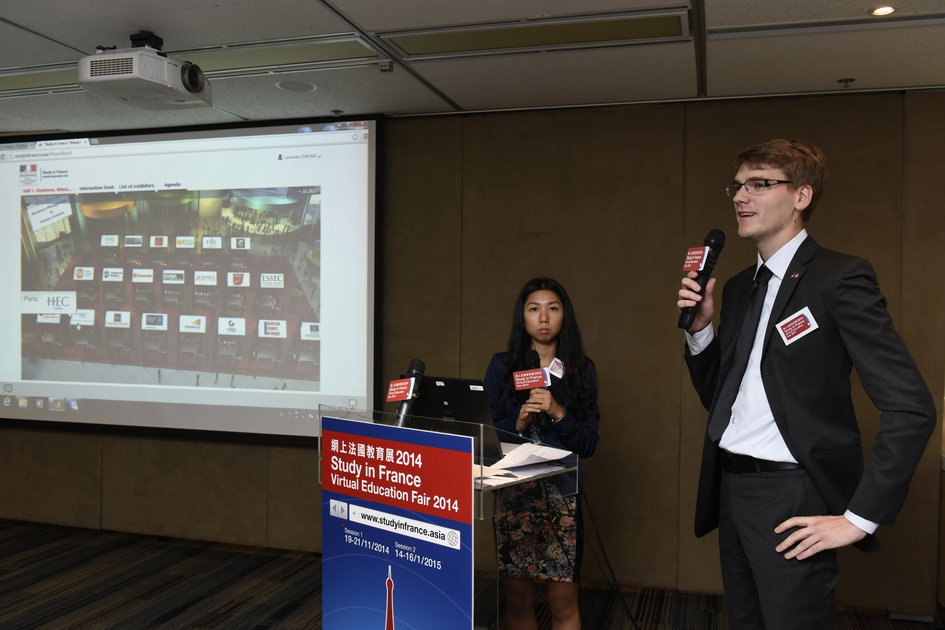 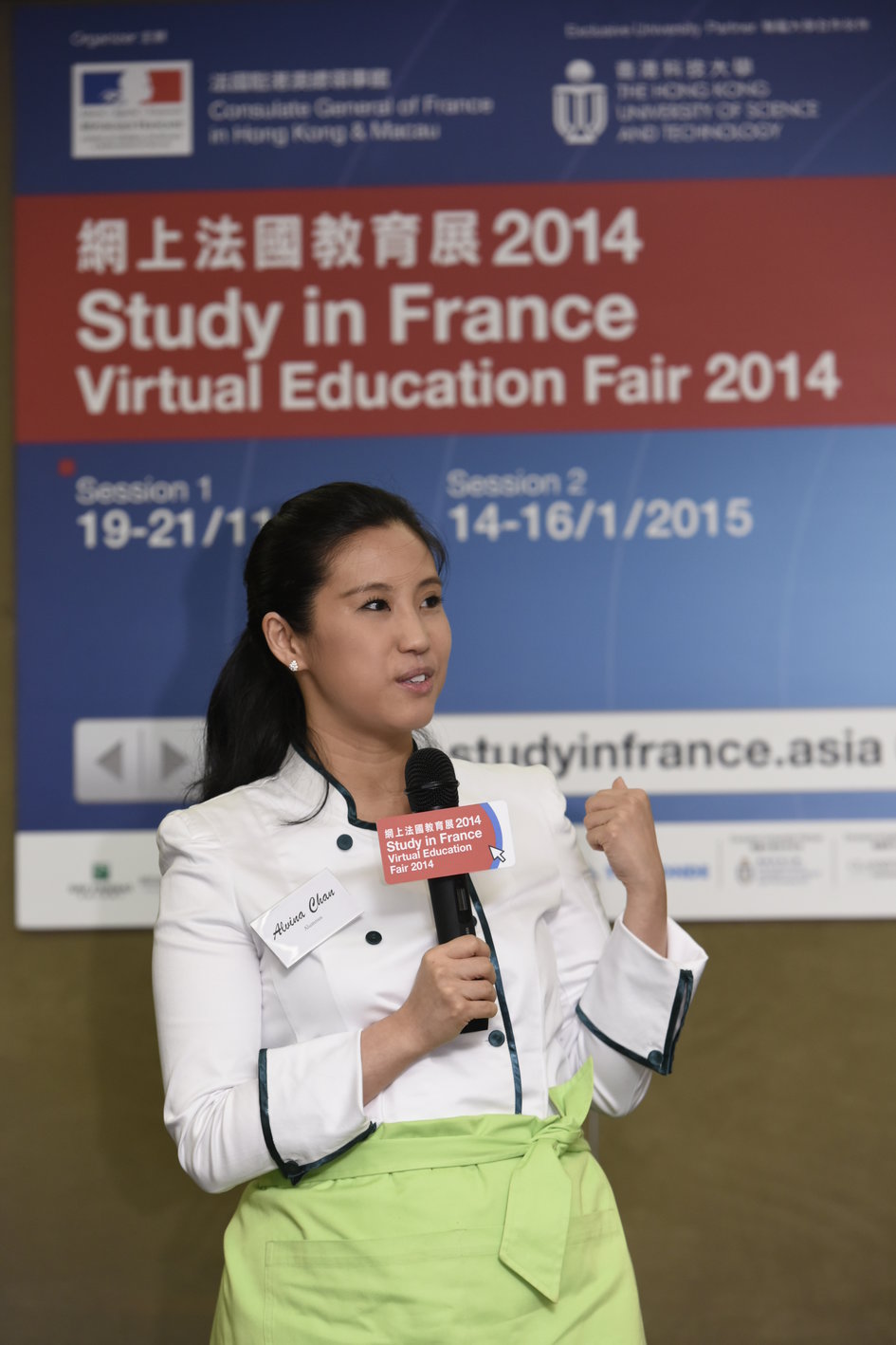 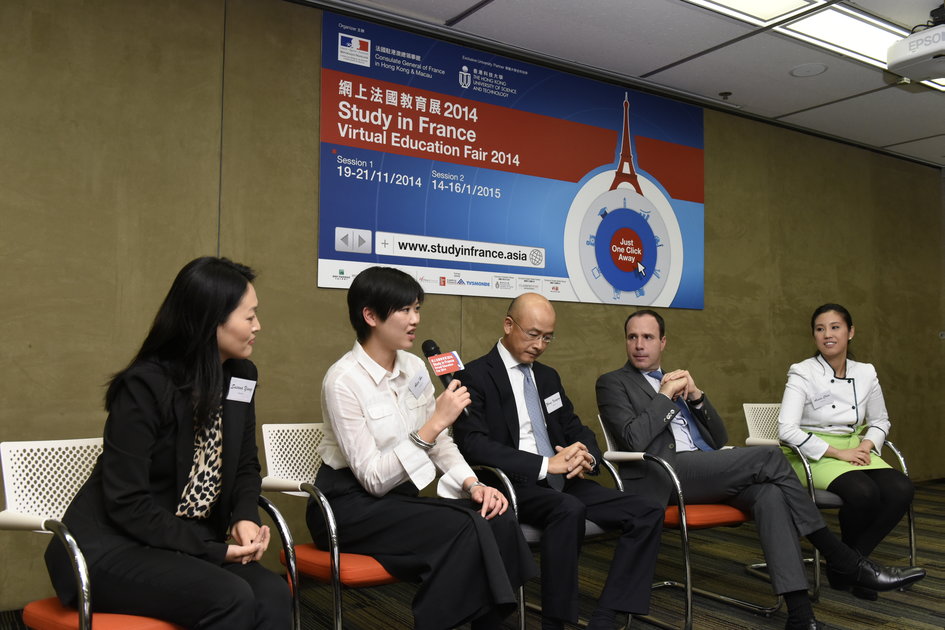 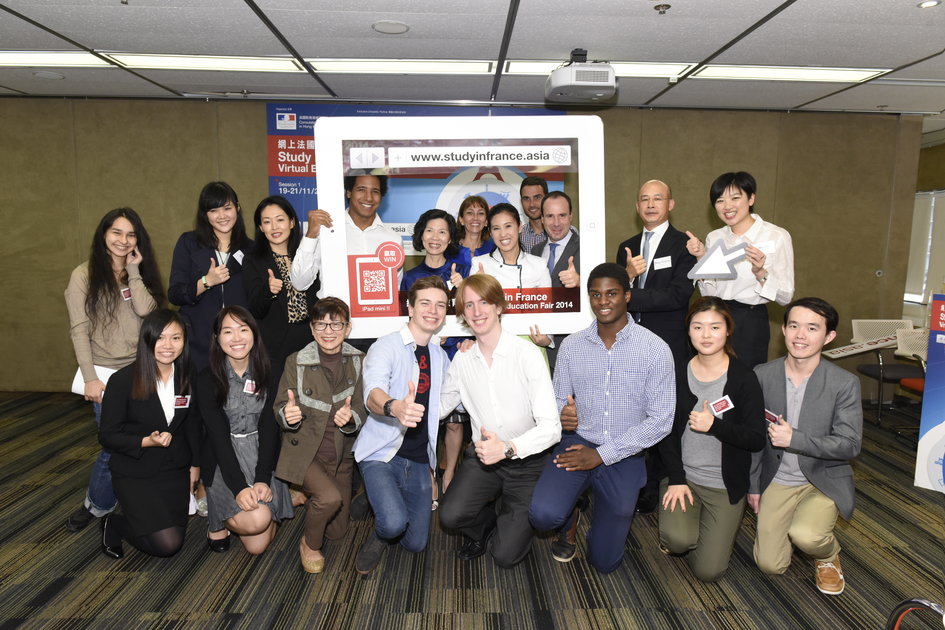 The Virtual Fair is accessible freely from any computers, tablets and smartphones using the link www.studyinfrance.asia. On the List of Exhibitors, the search engine can guide visitors to find the University Booths which provide their favourite programmes at their academic level. At a Booth, one can download programme information, read alumni’s testimonials, watch videos, or even live-chat with school representatives in France during the 2 sessions of "3-Day Interaction". 67 French Universities* will be presenting their programmes, while 14 Partner Organizations may provide visitors general information about studying in France, visa application, tourism, scholarships, etc. Visitors may share Booths on Facebook and get the chance to win an iPad mini!