France remains the second biggest film exporter after the U.SA. in 2017 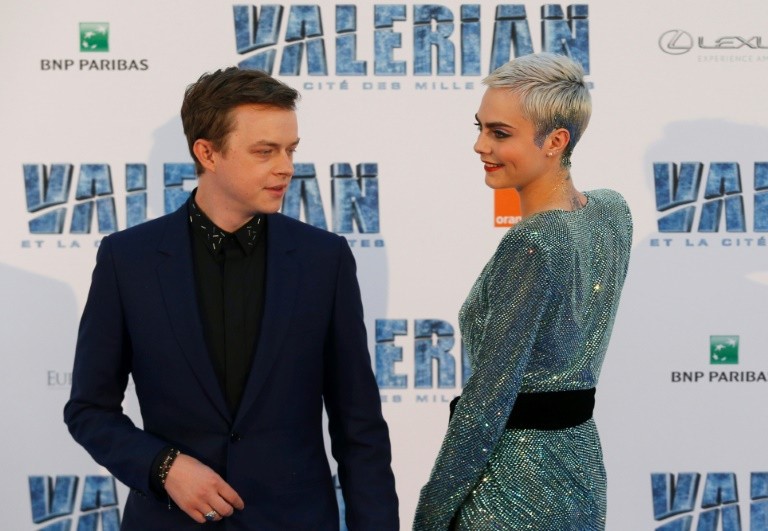 French films doubled their global box office in 2017 thanks to the popularity in China of the sci-fi epic "Valerian and the City of a Thousand Planets", which was a flop in the West.

"Valerian", the most expensive European movie ever made, seemed destined to be a financial disaster for its director and producer Luc Besson when it bombed in the US. American and British critics savaged its leading actors Dane DeHaan and Cara Delevingne, though they praised its special effects.

But the maker of the "Fifth Element" has more than made back his enormous $180-million (147 million-euro) budget thanks to box office receipts elsewhere, with 10 million Chinese flocking to see it.

The big jump in takings followed a disastrous year in 2016, when the global audience for French films fell below 50 million for the first time since records began.

France remains the second-biggest film exporter in the world after the US, said UniFrance head Isabelle Giordano, who added that the figures showed "the stability of the industry and how reactive its independent producers were."

The comedy "Two is a Family" starring Omar Sy was the second best-performing French film abroad, with an audience of nearly five million people.

The story of a man who raises a child that a woman leaves him with, after claiming it is his, went down a storm in Italy.

Paul Verhoeven’s controversial rape drama "Elle" — which won actress Isabelle Huppert a Golden Globe award — pulled in nearly a million people as "it continued to shine beyond our frontiers" even though was released in 2016, UniFrance said. Western Europe still accounts for French films’ biggest foreign audience ahead of Asia (22.9 percent) and central and eastern Europe (12 percent).

But Giordano said she was thrilled with their progress in "new territories like Mexico and Russia", and said there was huge potential in Africa and southeast Asia. She said "2018 already looks promising" with a new Ikea-set comedy from comic star Dany Boon and the next instalment of the "Asterix" franchise.