From plague to SARS, a lecture by Professor Joseph S.Y Sung [fr]

On the 28th of May 2014 Prof. Joseph S.Y. SUNG, President of the Chinese University of Hong Kong, gave a lecture at the Hong Kong Museum of Medical Sciences about “The fight against SARS in 2003 in Hong Kong”. This lecture was held in the context of an exhibition called “Plagues– From the Plague to New Emerging Infectious Diseases - A Tribute to Alexandre Yersin and Other Lifesaving Heroes”. This exhibition, the first scientific exhibition ever organized by Le French May, is the central event commemorating the 120th anniversary of the discovery by Alexandre Yersin of the bacillus responsible for plague during the epidemic in Hong Kong in 1894.

This exhibition unravels the history of plague and invites visitors to explore the inspiring life of Alexandre Yersin and other Science Heroes as well as to learn more about the scientific and medical collaborations between France and Hong Kong and their many implications in terms of public health. Besides the exhibition, a series of lectures are given in collaboration with three major HK universities: the Chinese University of Hong Kong, the University of Hong Kong and City University. 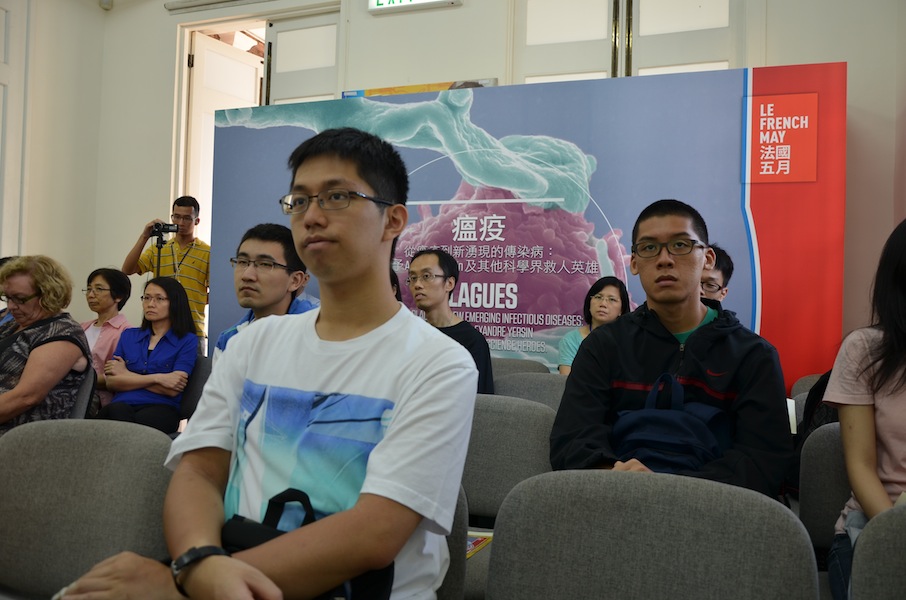 Professor Sung is known for having led an influential medical team in the fight against SARS in 2003 and was described as an “Asian Hero” by the Time Magazine in recognition for his outstanding contributions. Underscoring his significant services to the Hong Kong community, Prof. Sung was awarded, among others, the Distinguished Award for Fighting SARS (Medical Technology Personnel Category) by RTHK and Ming Pao and the 2003 Distinguished Leader Award (Community and Public Affairs Category) by the Sing Tao Group. (http://www.cuhk.edu.hk/governance/officers/joseph-sung/english/biography.html)

The conference by Prof. Sung was of particular significance in the context of this exhibition as during his lecture as he drew a parallel between the outbreak of the plague and that of the SARS, comparing their expanses, the means used to fight them back, and the consequences of both outbreaks on peoples’ minds and in medical care facilities. Moreover, he gave a moving testimony about his own personal experience of having to fight a disease which contaminated many of the members of the team he was leading, in the very heart of their working unit.