A series of cultural activities with the renowned French writer Chantal Thomas will take place from 17-21 July 2018 in Hong Kong. 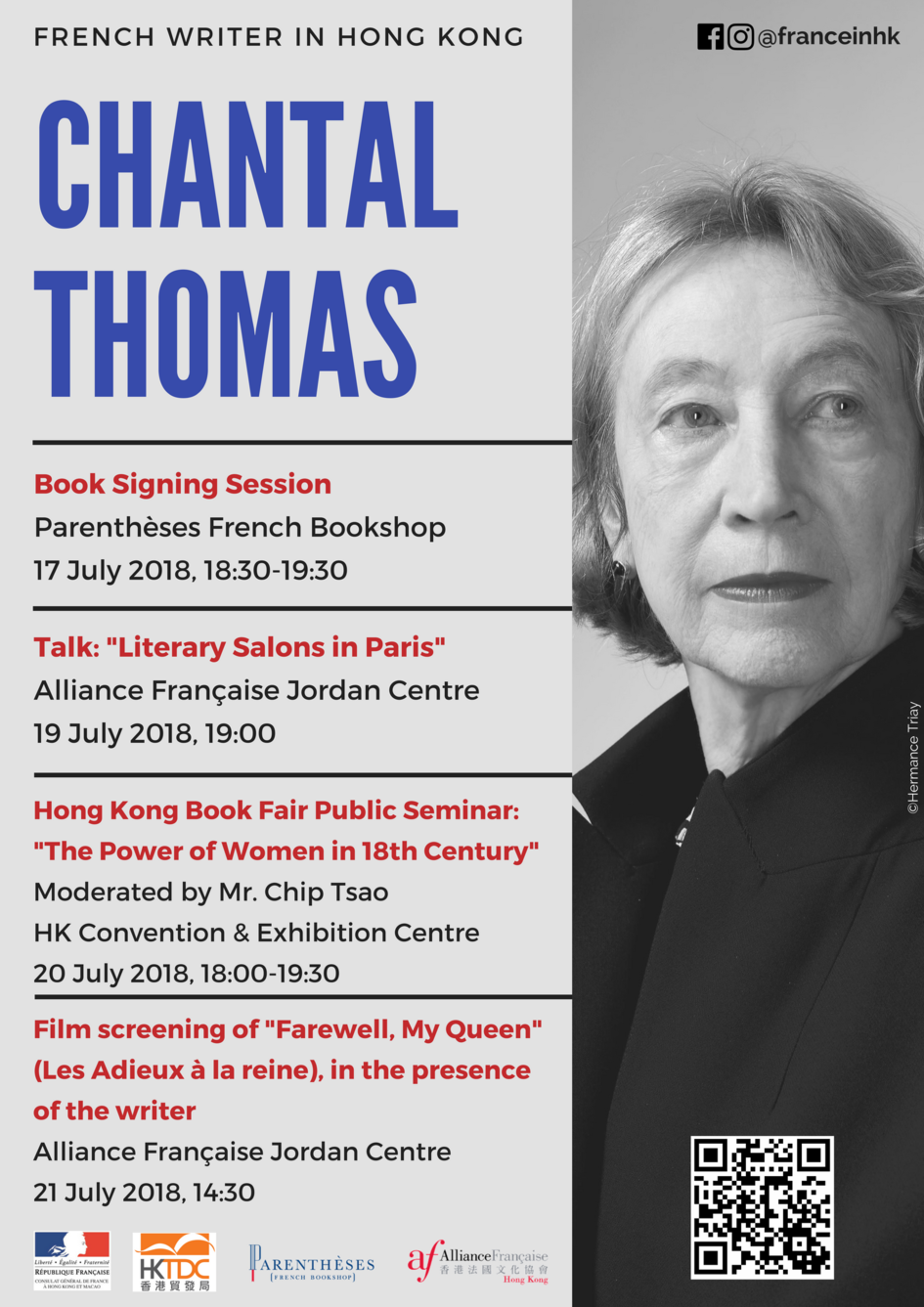 Chantal Thomas is a novelist, essayist, playwright, screenwriter, historian and member of the Femina Jury: after writing her thesis under the guidance of Roland Barthes, she has taught in several American universities and is currently the Director of Research at the French National Centre for Scientific Research.

In 2002, Thomas published "Les adieux à la reine". The novel gave a fictional account of the final days of Marie Antoinette in power through the perspective of one of her servants. It won the Prix Femina in 2002, and was later adapted into the 2012 film Farewell, My Queen. Her fictional work, translated successfully in many countries, also includes "The Exchange of Princesses" which is recently brought to the screen by Marc Dugain (2017), a film of which she co-wrote the screenplay with the director. Thomas received the Grand Prize of the Société des Gens de Lettres in 2014 for all of her work, the Roger Caillois Prize for French Literature and the Prince Pierre of Monaco Prize.

A collection of her work will be sold at the Book Fair by the French bookstore Parenthèses before and after the seminar:

The exchange of princesses

Click here for more information with other events with Chantal Thomas