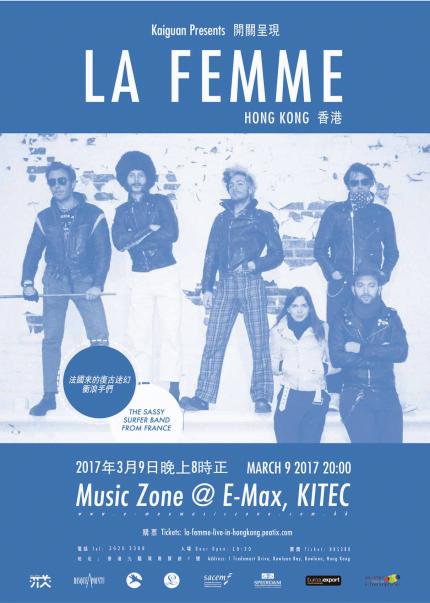 La Femme makes them second show in Hong-Kong on March 9th 2017, after their concert at Clockenflap Festival and following the release of their long awaited second album "Mystère", available worlwide since September 2016.

The band won the Victoires de la Musique (French music awards) in 2014 for Best New Album with "Psycho Tropical Berlin" (which is nominated this year for Best Rock Album). To top it off, legendary rock band Red Hot Chili Peppers invited La Femme to open for them during their 2016 European tour.