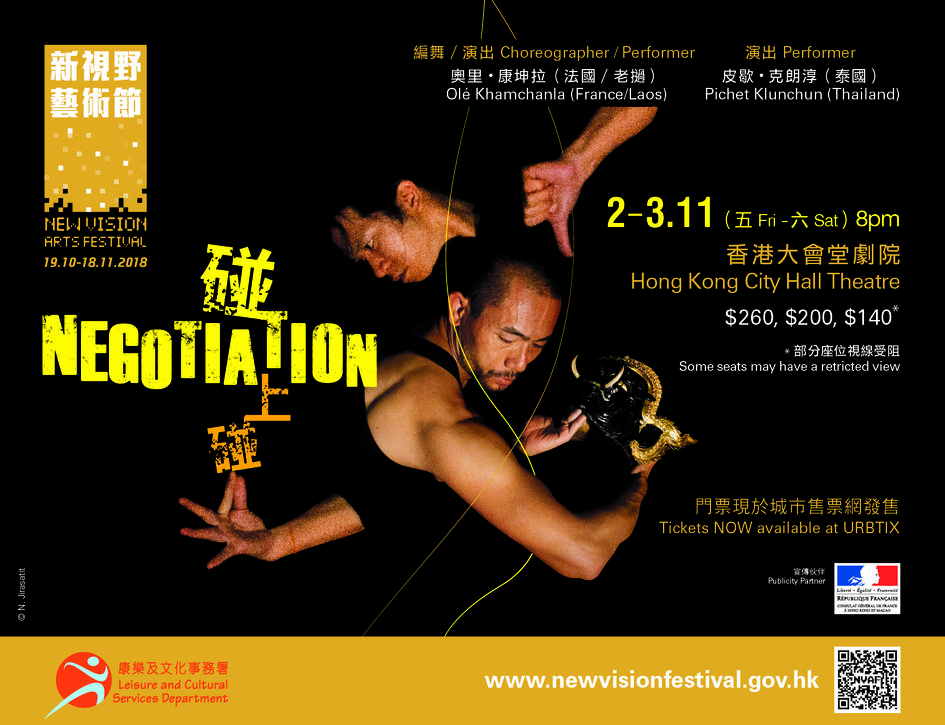 A super-stylised masked court dance and fluid hip-hop street culture – two parallel universes that can never meet. Or can they? Award-winning Khon artist Pichet Klunchun is the founder of Thailand’s first contemporary dance group. Laotian dancer-choreographer Olé Khamchanla is the initiator of a multimedia performance company in France. Together, they cross traditional and modernist forms to deconstruct established routines and return to the shared roots of movement and its meaning. In a dynamic interweaving of “old” and “new” customs, the cultural dialogue unfolds: probing, confronting, listening, and understanding. And turning macho confrontation into fraternal harmony. Here, two ground-breaking Asian performers of international renown reframe the art of dance to reconnect us with each other and ourselves, uniting diversity and diversifying unity to fully reconcile physical, mental and spiritual being.

Originally from Laos, Olé Khamchanla discovers hip-hop dance in 1990 and is trained in different techniques (contemporary, capoeira, buto ...) Little by little, he finds his style, a way of dancing that is his own. In 2006, he went to Laos and Thailand to learn traditional dances and create his first solo, Kham. A return to the sources that offers him the opportunity to deepen and refine his choreographic language. Since then, through international cooperation actions between Asia and Europe, he continues to enrich his artistic research and cultural projects in favor of the development of dance. In 2011 he created his company, Kham, in reference to his first solo, and has created five shows since.

Pichet Klunchun is a traditional Thai dancer who tries to adapt traditional works to a more contemporary version. He was trained in the traditional Thai mask dance, Khon, from the age of 16, with Chaiyot Khummanee, one of Thailand’s greatest masters. He recently founded his own company, LifeWork Company, to teach young talent the basics of Thai classical dance. Pichet is the only artist in Thailand who develops his art from traditional Khon dance and who is also able to collaborate with other artists . 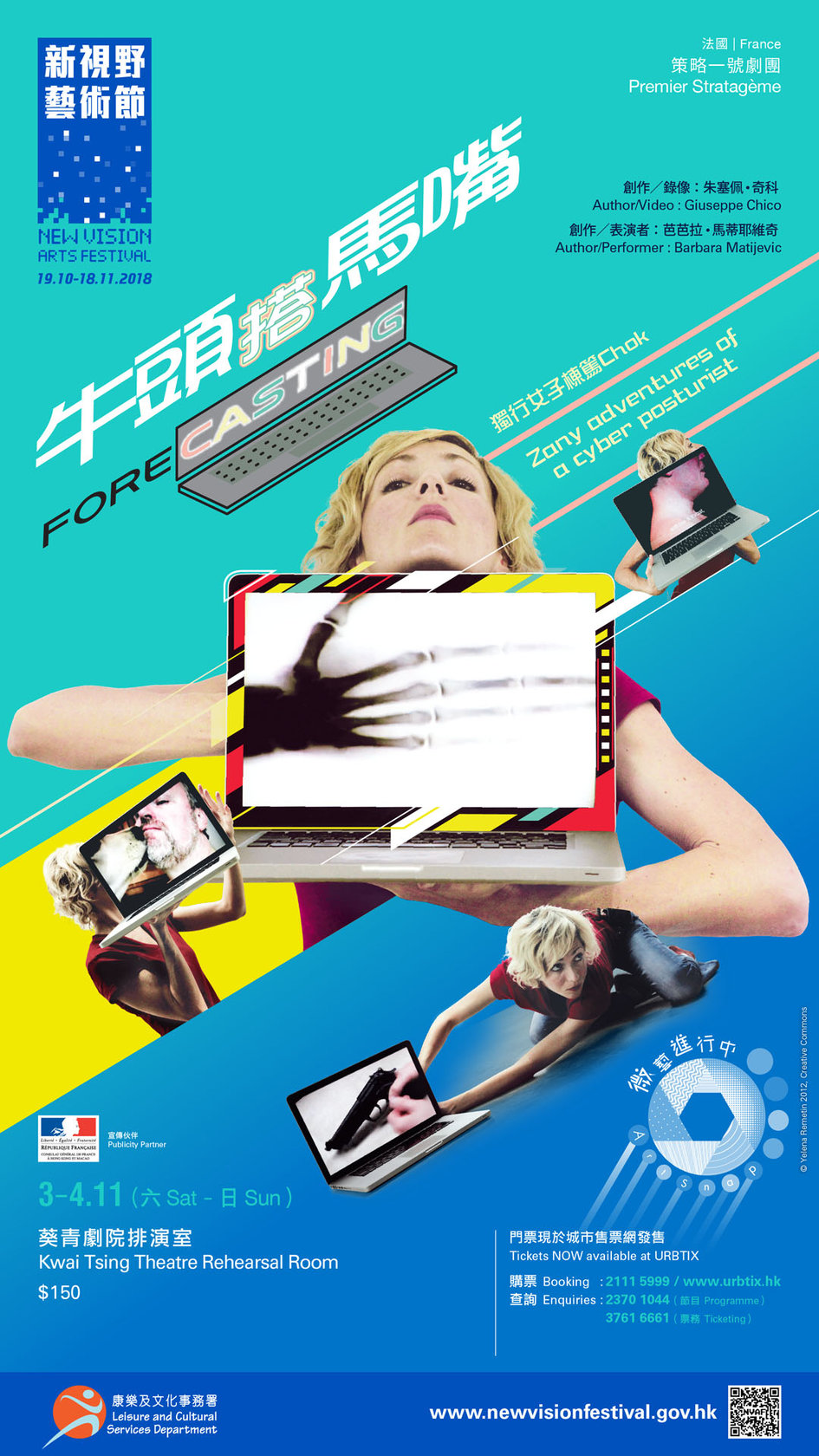 A notebook computer is playing YouTube videos while a female actor humorously blends herself into specially selected life-sized images. A greeting kiss captured online is received by the performer on stage. During an earthquake on screen, she shakes. In discussions, she puts forward her own opinions. With the fusion of virtual and real worlds on the horizon, the European artists who comprise Premier Stratagème thought-provokingly explore how new communication technologies are changing our ways of experiencing the world. 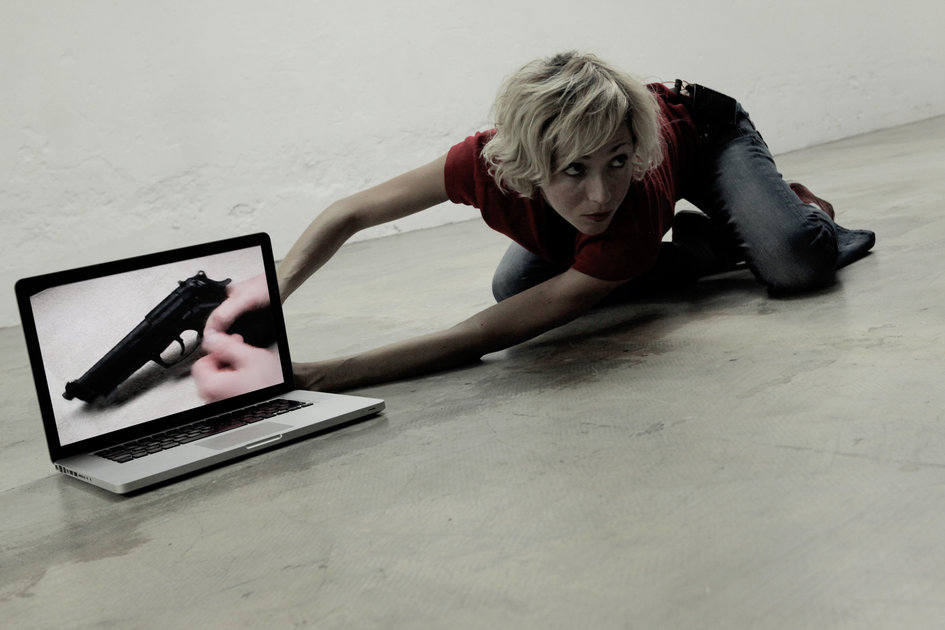 In the occasion of New Vision Arts Festival, the French troupe Premier Stratagème is in town for a series of performances and a cultural exchange session where the public can exchange and interact with the artists.

Born in Nasice (Croatia) in 1978. She studied literature at Faculty of Arts in Zagreb and dance at the Hypaxis Dance Centre (N.H./U.S.A.) and the International Centre for Contemporary Dance and Performance Art - ATHENA, under the artistic direction of Kilina Cremona in Zagreb. She has worked with Bojan Jablanovec, Bruno Marin, David Hernandez, TRAFIK, and Joris Lacoste. She also collaborated with Boris Charmatz in the project Bocal, and as assistant to Jan Fabre. She taught dance at the National Conservatory of Dramatic Art in Osijek (Croatia). She has been collaborating with Giuseppe Chico since 2008.

Born in Bari (Italy) in 1974. He studied ancient languages and started working in theatre at an early age with the Abeliano Company under the direction of Tina Tempesta and later with Kismet Theatre, under Robert McNeer. He also worked as a set designer for Paolo Baroni. After studying theatre in Rome and Milan, he moved to Paris in 2000 and began to train in contemporary dance with Joao Fiadeiro, Vera Montero, Julyen Hamilton, Mark Tompkins, Vera Orlock, Pooh Kaye, K. J. Holmes, Olivier Besson. He was a performer for several years for the company Mille Plateaux Associés. He also worked with George Appaix and Joris Lacoste.