The French frigate « Vendémiaire » will make a port call in Hong Kong from 26 February to 2 March 2018.

Bags will be searched prior to boarding. Please do not bring the following items or you may be denied access to the ship:

Due to the ship’s capacity, around 700 persons can be accommodated during the open day on a first-come, first-served basis. If there are too many visitors, the Vendémiaire cannot guarantee that all the persons will be able to visit the frigate.

Parents and guardians are responsible for the safe custody or care of their children when visiting the frigate. 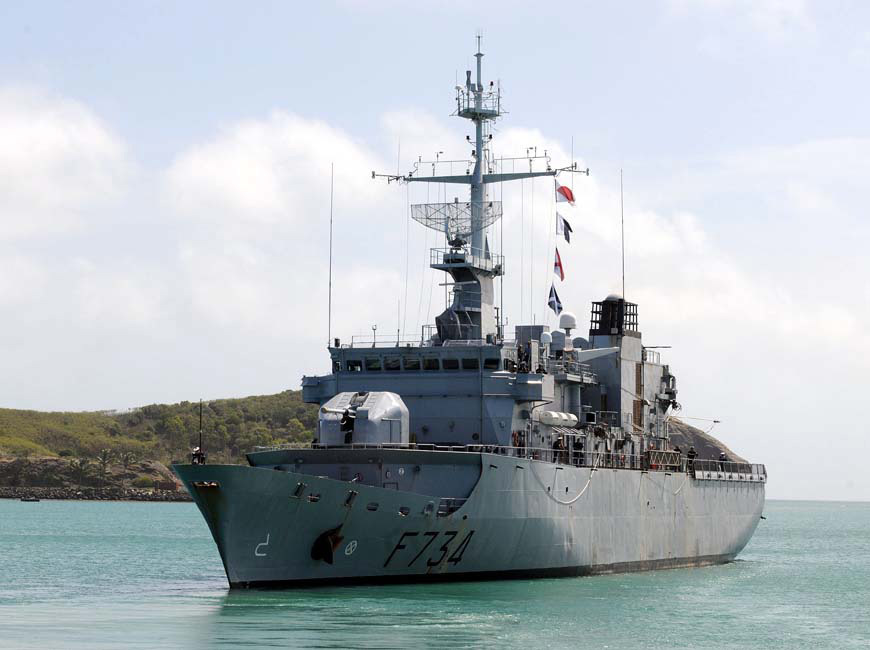 Frigate Vendémiaire was the fifth of a series of 6 ships built in Saint-Nazaire shipyard in 1993 by « chantiers de l’Atlantique ». Her home port is Nouméa in New Caledonia. Her name refers to the month of grape harvest in the calendar of the eighteen century French revolution (22d of september to 21st of october). Frigate Vendémiaire is the second French vessel that has been called by this name after a submarine of the pluviose” series (1905).

French overseas frigates have been designed to carry out surveillance missions as well as humanitarian action and enforce French interests far away from mainland :

fostering maritime cooperation with our allies in the area,

Built with efficient propelled engines, an adaptable weapons system and able to deploy an helicopter, French overseas frigates are well designed for remote operations with limited threat in bad weather conditions as well as for humanitarian intervention to support or evacuate populations in pain.