The future looks bright for green industries, with their potential for innovation, job creation and strong growth. Eco-businesses are often small firms and they benefit from active support from the public authorities to increase their visibility and develop their export markets. French eco-businesses have, for example, already begun to carve out a promising niche for themselves in China. 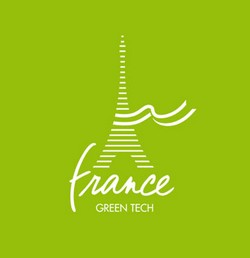 Environmental protection has become a major concern, creating the right conditions for the emergence of so-called “green” industries in France. In the last ten years, eco-businesses have grown much faster than any other sector of the French economy. In the wastewater management, waste and recycling sectors, for example, year-on-year turnover has increased by over 5%. Green industries employ around 300,000 people in France and they are estimated to be creating between 10,000 and 15,000 additional jobs every year.

France has an excellent head start in the recycling and waste management, water and sanitation, and first-generation biofuels sectors, thanks primarily to a number of large industrial groups in strong positions. All sectors combined, France is ranked fourth in the eco-business market according to the French Environment and Energy Management Agency (ADEME). Major players are operating alongside small and medium-sized enterprises (SMEs) in some highly specialised niche markets, particularly in the water and waste sectors. “Eco-businesses are dynamic and innovative and what’s more, they are exporters,” says a report in Industries, the ministerial publication devoted to them.

France’s “green” industries are brimming with new ideas and technologies. More than most French companies, they are innovating to develop new “clean” products and processes. On average, they invest 3% of their turnover in research and development. To support them the French government has just released €6 billion for research into the green industries of the future. Research efforts are being focused on a small number of promising areas. These include biofuels, given that the European leader in biodiesel is French and that global demand could double again by 2020; green chemistry, with the French chemicals industry ranked fifth in the world against a background of steadily increasing demand for alternative and renewable resources; and energy storage – France has cutting-edge, publicly funded research centres working in the electrochemical storage sector (fuel cells and batteries).

Some firms are already leading by example. In the air-treatment sector, for example, a mid-size French company has managed to establish a position as the European leader in treating smoke from incineration plants. Another has developed a technique for fixing gas molecules to solid substances to clean up ambient air, which is extremely useful in plants which process or paint wood or plastic: these processes release volatile organic compounds (VOCs) which are harmful to health and whose emissions levels are heavily regulated. All of these are examples of cutting-edge innovations which offer France serious competitive advantages.

“Whether we are looking at large groups or small firms, France’s green industries are finding most of their outlets abroad and will continue to do so in future,” according to the report in Industries. In fact, eco-industries generate more than half of their turnover through exports. “Whilst the average growth in exports for French companies is 5%, the figure rises to 16.5% for eco-businesses,” explains the French Ecology Minister, Nathalie Kosciusko-Morizet. Large groups have no difficulties in developing their business abroad. Small and medium-sized enterprises, however, are entitled to support from the public authorities to help them access international markets. Thanks to the ADEME and the French Agency for International Business Development (UBIFRANCE), which have produced an export plan for eco-businesses for the last ten years or so, a number of companies have been able to establish a base in Wuhan, China, an industrial city with nine million inhabitants west of Shanghai and a pilot area for “saving resources and respecting the environment”.

For almost ten years, the city of Wuhan has welcomed Chinese and foreign businesses which operate on the basis of sustainable development. This is a fine opportunity for the French firms already established there. Peugeot was the first French automobile group to take the decision to set up two assembly plants in Wuhan in the 1990s. Since then, Wuhan has welcomed more than 80 French companies, many of which have adopted green technologies. Last year, France was one of the ten leading investors in the city, to the tune of over 600 million euros – and it is now seen as a “showcase for French know-how” in green technologies, much to the approval of French Minister for Ecology, Sustainable Development, Transport and Housing, Nathalie Kosciusko-Morizet, who visited Wuhan in November 2011.