The Cape Collinson Correctional Institution is located in Chai Wan. It is a minimum security institution under the supervision of the Hong Kong Correctional Services Department (CSD). The centre provides different types of correctional training for male young offenders who are aged between 14 and 21. The training periods are ranging from a minimum of 6 months to a maximum of 3 years. They are provided with half-day educational classes and half-day vocational training as well as character development programmes. Upon release, young offenders are subject to a statutory period of supervision of three years. It is aimed to provide comprehensive rehabilitation services for inmates, which help them rehabilitate and re-integrate into society. 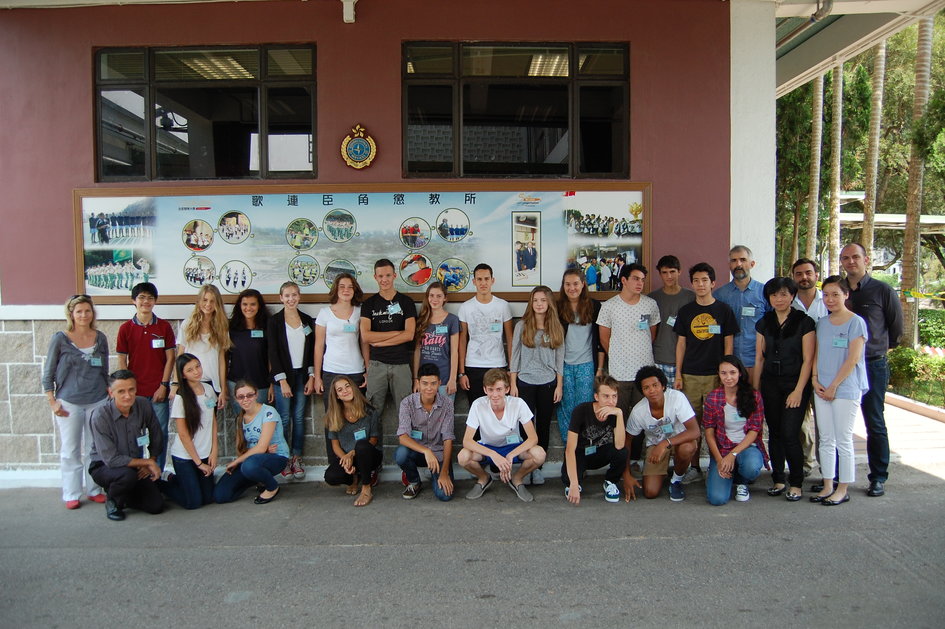 Upon arrival, the group was given a guided tour to dormitories, vocational training workshops and correctional facilities in the training centre. Besides, French students sat in chairs and an inmate spoke face-to-face with each student and delivered personal narration about his family background, the offence he had committed, the daily life of training and his expectations to reintegrate into the society after release. It’s a kind of preventive education. It is aimed to enhance their resilience against adversities and ability to develop a sense of right and wrong.

The program, including anti-drug talks and prison visit has jointly organized by the French Police Liaison Desk in Hong Kong, the Hong Kong Police Force, FIS and CSD since 2011. It is aimed to facilitate the healthy development of the French secondary students in Hong Kong, thus helping them to resist the temptation of drugs and other undesirable behaviour.