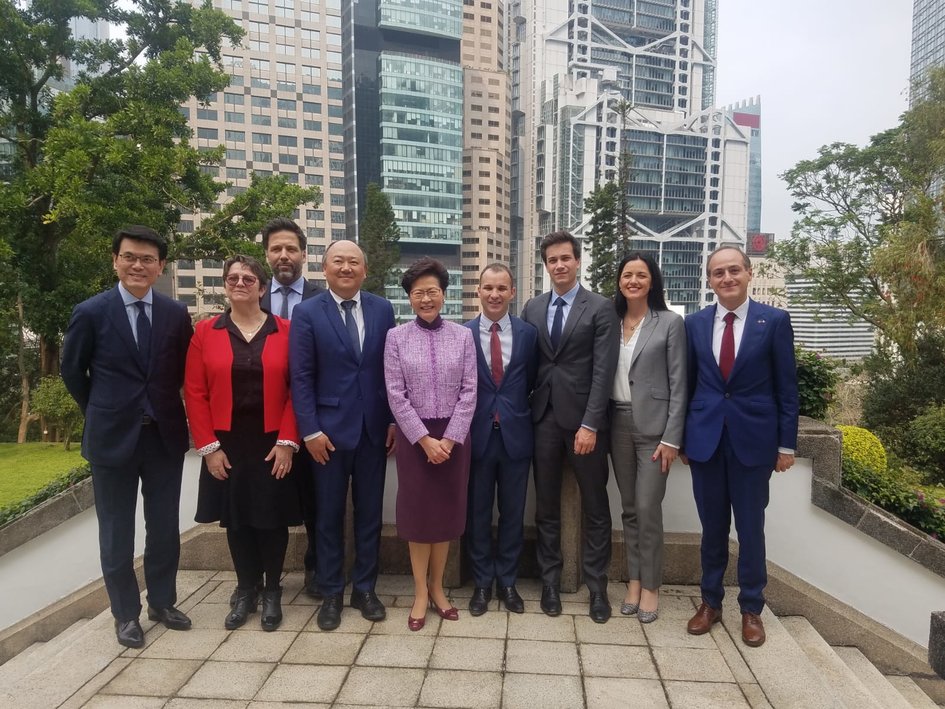 Members of the France-China Friendship Group of France’s National Assembly are in Hong Kong this week to meet their counterparts, discover Hong Kong administration and exchanges about cooperation projects.

Discussions focused on possible cooperation in the fields of innovation and technology, education and university partnerships, culture and arts Describing her visit to France last year as a great success, Mrs Lam said she called on the French Prime Minister, the Minister of Foreign Affairs and people from different sectors to highlight Hong Kong’s advantages and development opportunities, thus laying the foundation for further collaboration between Hong Kong and France. She believed the visits and exchanges made in Hong Kong by members of the National Assembly would help strengthen ties between the two places and facilitate cooperation.