Jacques Prévert was a French poet, screenwriter and artist. He was born in Neuilly in France in 1900. In 1977 he passed away at the age of seventy-seven in Omonville-la-Petite, a commune in the Manche department in Normandy in north-western France, where he spent the last seven years of his life.

Jacques Prévert is one of the most popular and successful 20th-century French poets, screenwriters, and writers of song lyrics. Nowadays his work is still very much well-known by the French people. His work is studied at a large extent in the French educational system. So his poems are often known by heart among his countrymen.

Jacques Prévert is particularly known for the poetic and surrealist scripts that he wrote for films. 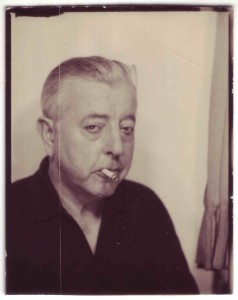 Having participated in surrealist movements from 1925 to 1929, he published several texts and also wrote for theatre plays for Groupe Octobre, which was a traveling theatre crew at that time. A large amount of Prévert’s scripts have been recorded in a written way - typed onto paper by machines rather than the traditional, oral way of recording of the scripts. They were also adapted into songs by Joseph Kosma.

With the publication of Paroles (Spoken Words) in 1945, Prévert began to gain popularity name in France. Other works of his such as « Histoires », « Choses et autres », « Spectacle », « La Pluie et le Beau Temps », « Fatras » then were also published. Notably« Fatras » was published with his collages works included in it.

List of events to celebrate the legacy of Prévert

Some 40 years since his death in 1977 on his 77th birthday, the following events will take place during the Francophonie Festival Hong Kong and Macau 2017 to celebrate the legacy of Jacques Prévert, one of the greatest contributors to the French language in the modern era of our times. 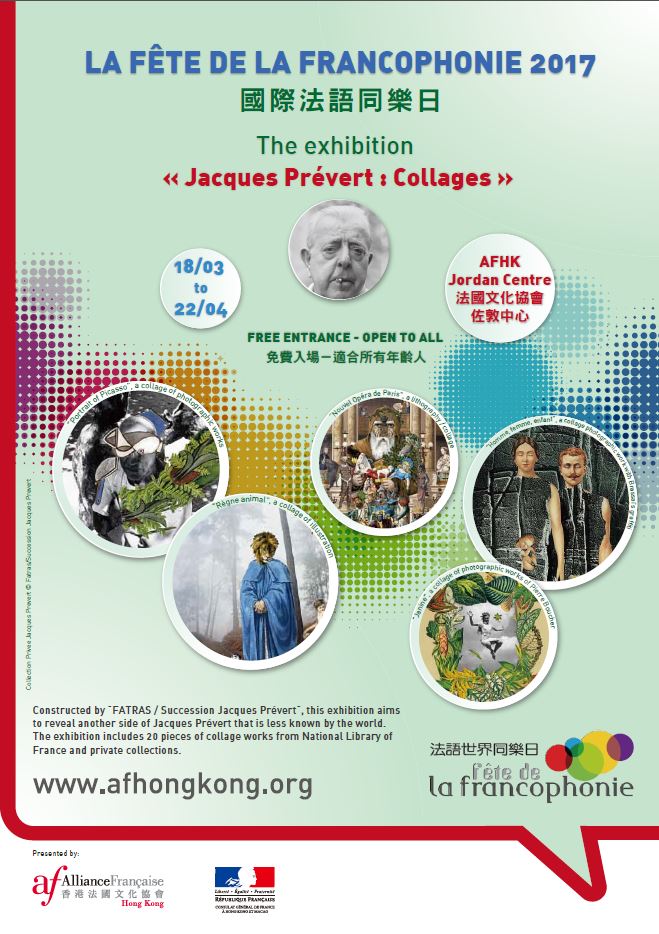