On Thursday 9th November 2016, an inauguration ceremony was launched at the Education University of Hong Kong (EdUHK) to celebrate its partnership with France Médias Monde, the media group in charge of French international broadcasting services, with the presence of our Consul General of France in Hong Kong and Macau, Mr Eric Berti. 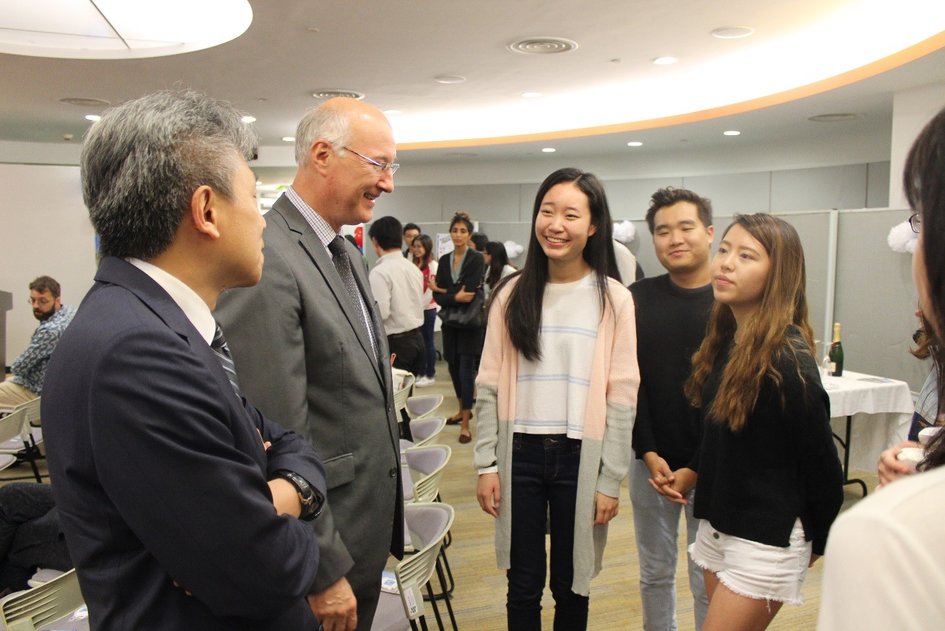 Professor Stephen Cheung Yan-leung, President of EdUHK; Mr Eric Berti, Consul General of France in Hong Kong and Macau; and Mr Brice Bertrand, Distribution Director for the Asia Pacific and America at France Médias Monde were present to officiate at the ceremony. 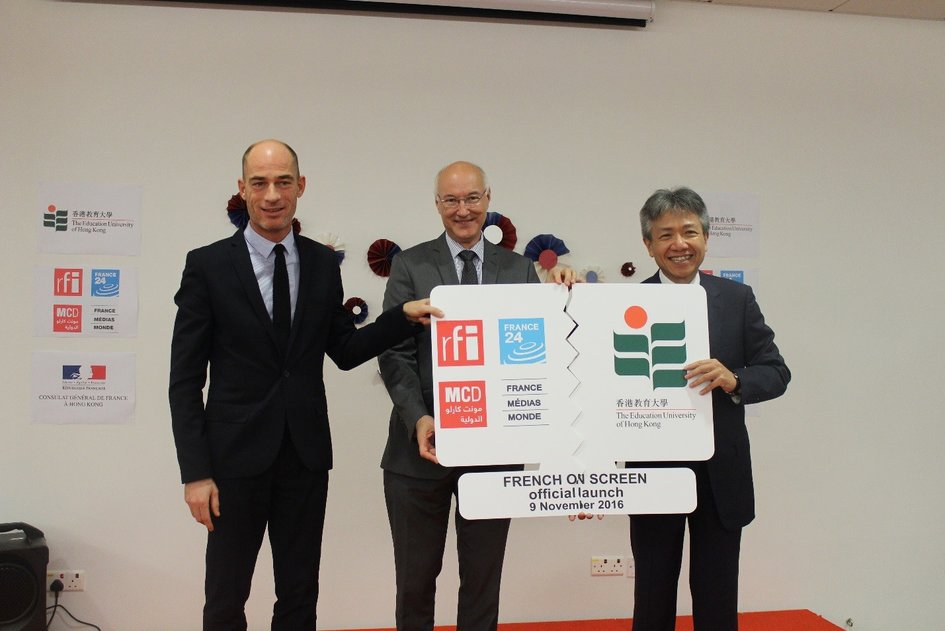 Many students of EdUHK and also professors of French language including the Dean of the modern language department and the head of department were also present to witness this symbolic moment. 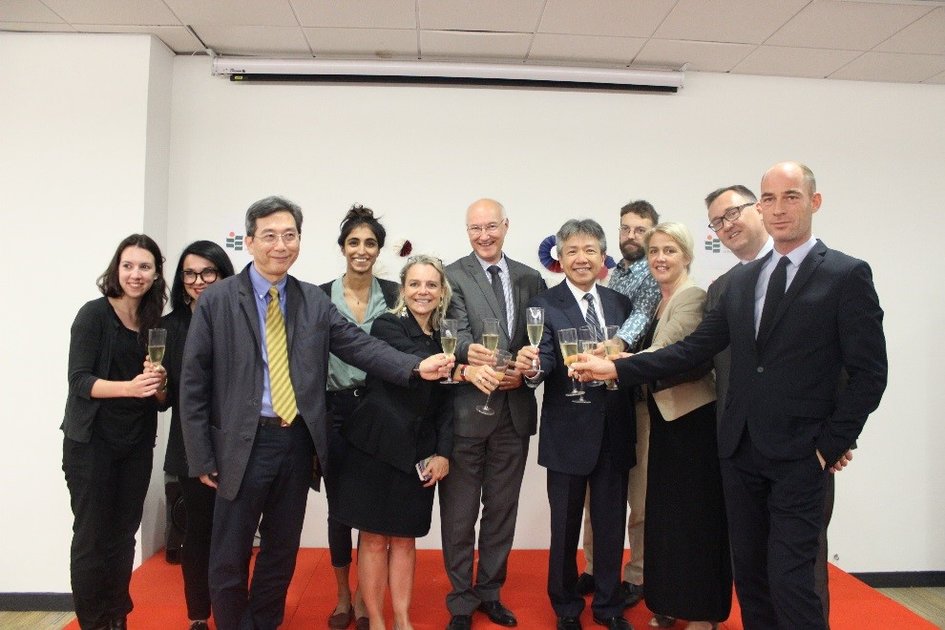 Professor Stephen Cheung Yan-leung, President of EdUHK first extended his welcome to all guests at the beginning of the ceremony. Then Professor Cheung congratulated for the broadcast of France24 programs in French and English across the campus, while emphasising that EdUHK always has promotion of internationalisation and multilingual, multicultural environment for all students as top priority.

Mr Brice Bertrand, Distribution Director for the Asia Pacific and America at France Médias Monde expressed that it is beneficial for students and teachers at EdUHK to have access to France24, and that this unique privilege that they now possess will facilitate the learning and teaching process by allowing them to extend their horizon to current world issues, and to incite a transformation of from a local perspective to that of a world citizen.. 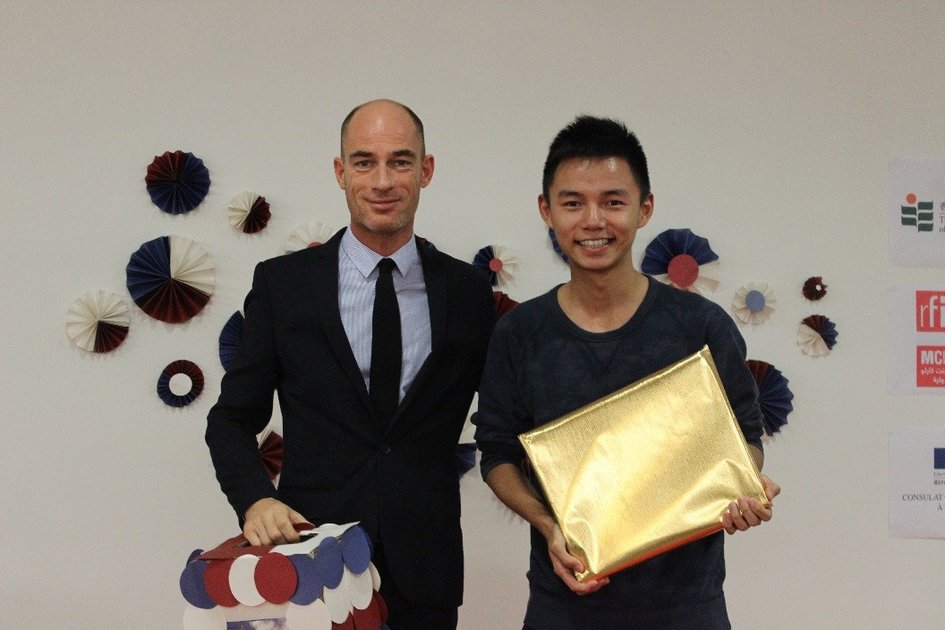 Mr. Brice Bertrand and a student who won the lucky draw of the ceremony 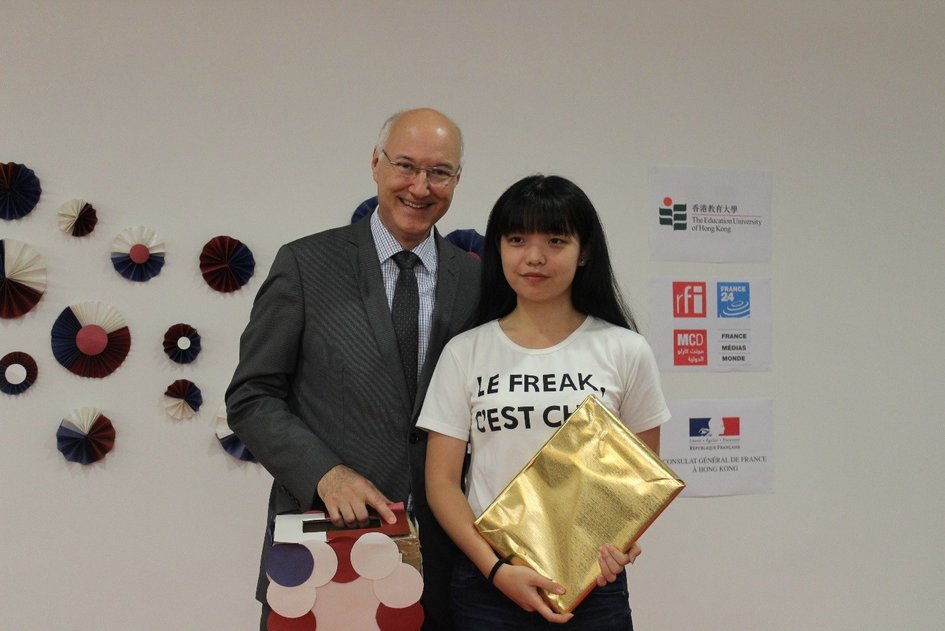 Mr. Eric Berti and a student who won the lucky draw of the ceremony

Under the partnership between France Médias Monde and EdUHK, two screens are now installed at EdUHK for the broadcast of France24 channel both in French and in English. In addition to the content of France24 channel, teachers and students will also have access to the content of Radio France International (RFI) so as to encourage French learning. Both France24 and RFI programmes have now been made available for teachers at EdUHK for all teaching purposes. 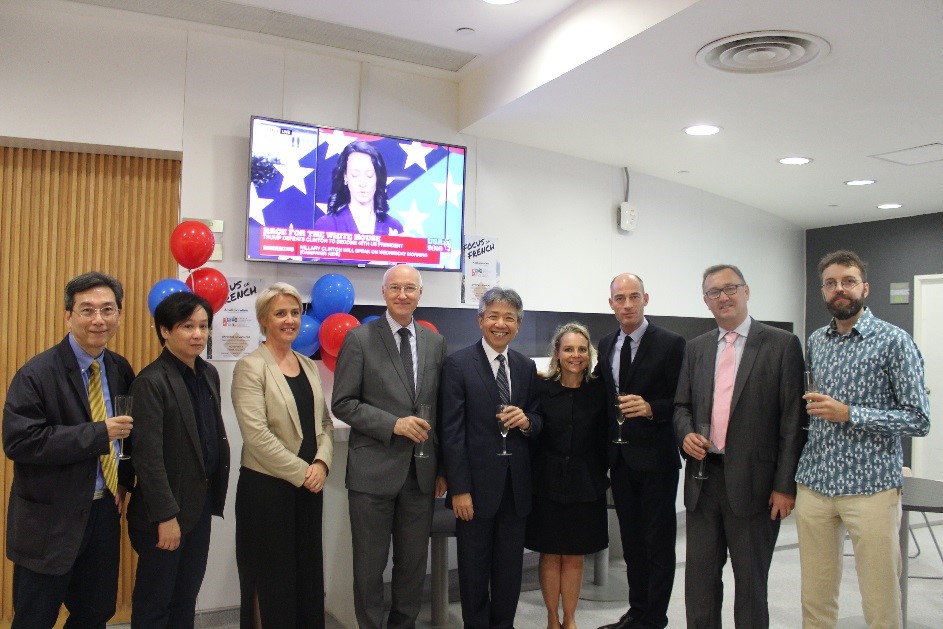 This broadcasting agreement between France Médias Monde and the academic world was the only one in Asia so far, and it demonstrates the determination between institutions which are all in favour of a strong, supportive and global network of educational bodies.