The reputation of Paris’s luxury hotels – some of the most renowned in the world – is already well established. These exceptional hotels combine luxury and tradition and include famous names such as the Meurice or the Georges V in Paris but also the Hôtel du Palais in Biarritz and Le Cheval Blanc in Courchevel. Others exist all over the country, from the Riviera-Côte d’Azur to the Basque coast, and from Savoie to Normandy. 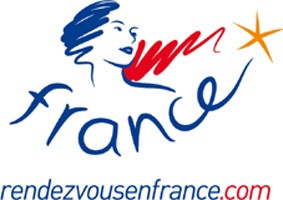 Luxury hotels are the prestigious representatives of the very best accommodation France has to offer. Each of these world-renowned hotels has its own history, decor and exceptional clientele. Described by the experts as “unique and inimitable”, French luxury hotels have inherited the very special characteristics of some of the sumptuous establishments of the 19th century.

Most luxury hotels which now rely primarily on foreign guests still have the power to enchant us. First, they enjoy prestigious locations such as the Hôtel de Crillon, which opened in Paris in 1909 on Place de la Concorde at the end of the Champs Elysées, the Carlton, which opened in Cannes in 1912, or the Negresco, which has been in Nice since 1913.

Guests come to luxury hotels to eat outstanding food, to sleep, be seen or simply enjoy themselves. The Hôtel Ritz on place Vendôme in the heart of Paris, founded by hotelier César Ritz in conjunction with chef Auguste Escoffier, welcomed writers such as Marcel Proust and Ernest Hemingway, actor Charlie Chaplin and fashion designer Coco Chanel, who lived there until her death. The Hôtel Normandy, part of the Lucien Barrière group in Deauville, facing the Channel coastline and close to the casino, welcomes prestigious clients attracted by the peerless charm of fine Anglo-Norman houses.

The 5-star category, created on 1 January 2009, is the highest in the French hotel classification system. The system takes into account a large number of criteria, including the very latest developments in terms of comfort. In 2010, however, France decided to single out a limited number of hotels from the 150 which had already been placed in the 5-star category.

For the first time in France nine luxury hotels, including five in Paris, have been promoted to the rank of palace. So why the new label? Essentially, to promote the fast-growing luxury hotel sector and “to single out the small number of truly exceptional establishments within the sector which contribute to promoting France’s influence around the world,” explains the French Minister for Tourism. The hotels in question were selected by a panel of ten judges, chaired by Dominique Fernandez, a member of the Académie française.

Once the judges had checked that they met all the assessment criteria set by Atout France, the national tourism development agency (such as impeccable service, multilingual staff, room size, etc.), they assessed the exceptional nature of each establishment in terms of its history, architecture, gourmet dining, and so on). According to Dominique Fernandez, hotels awarded the palace label represent “a delicate balance of French-style know-how combined with universal culture that makes them shine in a way that is quite unique.”

The outstanding establishments in Paris invited to join this very exclusive club are the Meurice, the Bristol, the Georges V, the Plaza-Athénée and the Park Hyatt Paris Vendôme. Outside the capital, the honour has been awarded to the Hôtel du Palais in Biarritz, the Grand Hôtel in Saint-Jean Cap Ferrat, and Les Airelles and Le Cheval Blanc in Courchevel. The first plaque celebrating the new category was affixed to the wall of the Bristol, the meeting place of choice for ambassadors and diplomats from all over the world since the Second World War.

The flamboyant Second Empire Meurice, a jewel of classic 18th-century architecture just a stone’s throw from Place de la Concorde, played host to one of the last literary salons in France, thanks largely to its French and American patron Florence Gould. Monarchs, aristocrats, writers and artists have all left their mark on the hotel. One of the most unusual guests was Salvador Dalí, who spent a month every year in the former Alphonse XIII royal suite and spattered the walls with flecks of paint.

The reputation of the Georges V, which is regularly described as the best hotel in the world, needs no introduction. Just a stone’s throw from the Champs Elysées and the Eiffel Tower, it has been the preferred choice of some of the biggest names in show-business since it opened in 1928. The Plaza-Athénée, overlooking the banks of the Seine, is closely associated with the history of art and fashion. It is a popular spot with Parisians who come to enjoy a taste of the international atmosphere, the blue-themed bar or musical ambience. The very best of French gastronomy has pride of place in its prestigious restaurant, named after its famous chef, Alain Ducasse.

The Palais de Biarritz, on the Basque coast, enjoys a stunning location facing the ocean and was originally the home of Empress Eugénie, wife of Napoleon III, before being converted into a hotel in 1854. An impression of luxury and perfection reigns throughout, with Carrara marble, silk curtains and a neoclassical-style swimming pool with elegant Doric columns. The Grand Hôtel in Cap Ferrat is the legendary luxury hotel on the Riviera – Côte d’Azur, an immaculate white building surrounded by lush gardens, standing at one end of the Saint-Jean-Cap-Ferrat peninsula, and it has been welcoming the European élite since 1908.

The charming Les Airelles in Courchevel offers a truly enchanting place to stay in the heart of the most glamorous of French ski resorts, whilst its restaurant is one of a number of establishments run by chef Pierre Gagnaire. The stylish and elegant Cheval Blanc, meanwhile, stands out from the others thanks to its much more contemporary atmosphere.