PolyU is organizing the seminar of Vinci Construction on the Tchernobyle New Safe Confinement, on the behalf of "France – PolyU Innovation and Technology Development Lecture Series". 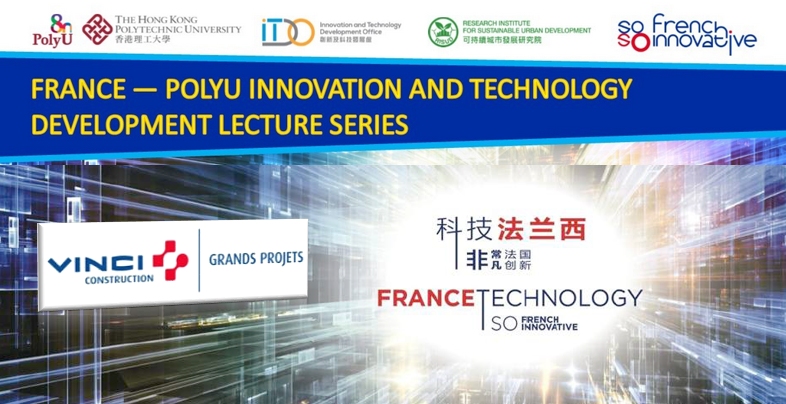 "France – PolyU Innovation and Technology Development Lecture Series" is organizing on Thursday 27th April the seminar on the Tchernobyle’s New Safe Confinement. This seminar will be given by Laurent BOUTILLON (Scientific Director of Vinci Construction Grands Projets).

30 Years after the Tchernobyle disaster, VINCI (a French global player in concession and construction) has moved into position the Tchernobyle’s New Safe Confinement that is projected to last at least a 100 years. An engineering success and extremely complex structure built in a heavily contaminated area. This 36000 tons of structure will contain the radiation leaking from the concrete sarcophagus after the nuclear reactor failed in April 1986.

For more information on "So French So Innovative" from 26th April to 28th April.