France Macau Business Association (FMBA) is pleased to announce that the FMBA Annual Charity Gala Dinner 2013 will be hosted at the grand ballroom of MGM Macao on Friday, 29th November at 6.30pm in the presence of our Honorary Chairlady Ms. Pansy Ho, the Consul General of France in Hong Kong and Macao, Mr. Arnaud Barthélémy, Macao government officials, as well as representatives of the leading companies in Macao and Hong Kong.

Themed after the fantastic novel by French writer Gaston Leroux, “Le Fantôme de L’Opéra” is FMBA Annual Charity Gala Dinner’s fifth edition since the association’s inception by its Honourable Chairlady Ms. Pansy Ho in 2008. With more than 350 distinguished guests from Macao and Hong Kong, last year’s gala dinner was a great success; this year again, expect no less than a sumptuous evening under the realm of elegance and mystery.

The evening’s program is full of excitement. A panel of artists and musicians coming from Paris (Mina Agossi, Laurent Couson) and elsewhere, ever greater lottery prizes, the participation of Alliance Française de Macao, and of course, the French touch with champagne, an exquisite five-course French menu and French wine; everything has been designed for a delightful and memorable night.

To book your seat or learn more about it, please contact the FMBA : fmba@locomacau.com or visit its website : http://www.francemacau.com/ 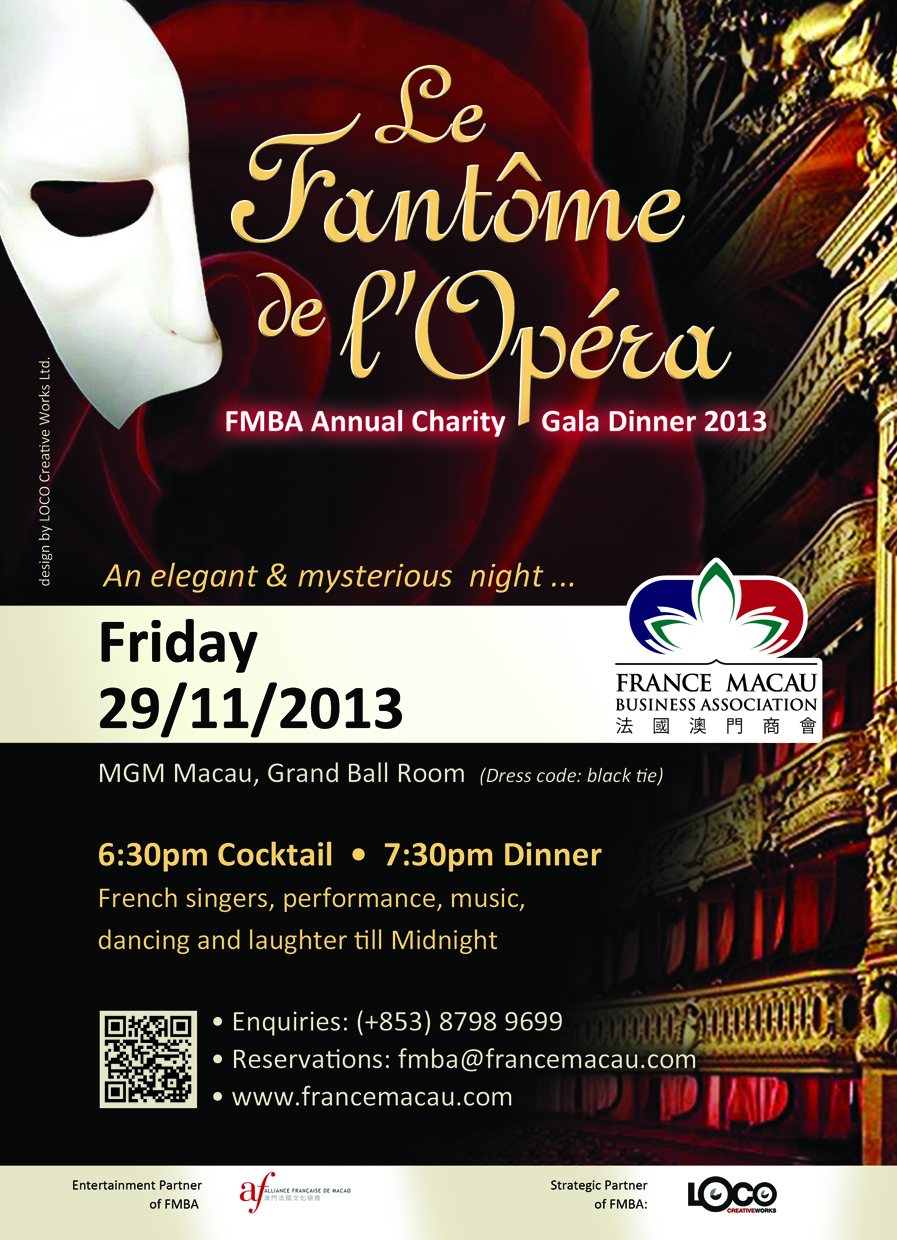