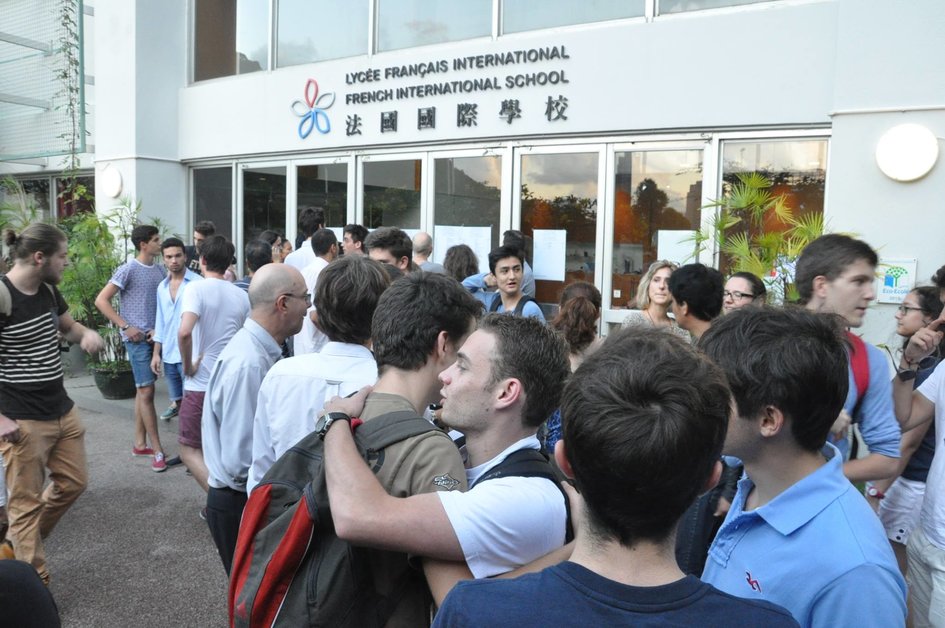 FIS Graduates have once again excelled in French Baccalaureate examination, a well-established and internationally recognized diploma programme from the French Ministry of National Education. This year, 100% of students successfully passed the exam among which 46% were awarded the highest honours (mention très bien) and more than 75% were awarded honours or above (mention bien). These results are the best in FIS history and are far beyond the French national success rate and rate of highest honour (91% and 10.7% respectively) in 2014.

FIS Headmaster, Christian Soulard, said, “I warmly congratulate all of our students for these excellent results and thank the teaching staff for their full dedication to the students. Beyond academic excellence, our role, as a school, is to prepare students for their future. I am convinced that our graduates have been well prepared and are now ready to head towards a very promising future!” Most of our graduates have earned places at prestigious universities in France including Sciences Po Paris, Universités de la Sorbonne and Preparatory Class Saint Geneviève, and around the world including Oxford University, University of Pennsylvania and Duke University. In the International Stream, FIS IB students continue to outperform themselves since 1988 when the school became the first in Hong Kong to be authorised as an IB World School. This year, 100% of students successfully obtain the full IB Diploma among which nearly half of them achieved a score of 40 points or above and one student secured a full score of 45 points. The average number of points for FIS students is 37, which is well above the world average (29.88) and the Asia-Pacific average (33.22).

Head of International Stream, Ian Clayton, expressed, “All of the students have performed to their full potential, we celebrate their successes and wish them all the best in their future endeavours. We are delighted that all our IB students were admitted into their first or second choice universities (71% and 29% respectively).” FIS IB graduating students will be attending Imperial College London, University College London, Dartmouth College, the University of Hong Kong and the Chinese University of Hong Kong, to name a few.

The school’s mission is to provide, together with families, a nurturing, culturally diverse community that inspires our young people to realize their true potential as confident, independent learners and responsible global citizens with moral values and integrity.