Held from 22 September to 12 October, the exhibtion "UmbrellaCity" showcases the paintings and calligraphic works of the Hong Kong artist Hark Y, and emphasises tradition and democrary in artistic reflections to celebrate the 2nd anniversary of the Umbrella Movement. 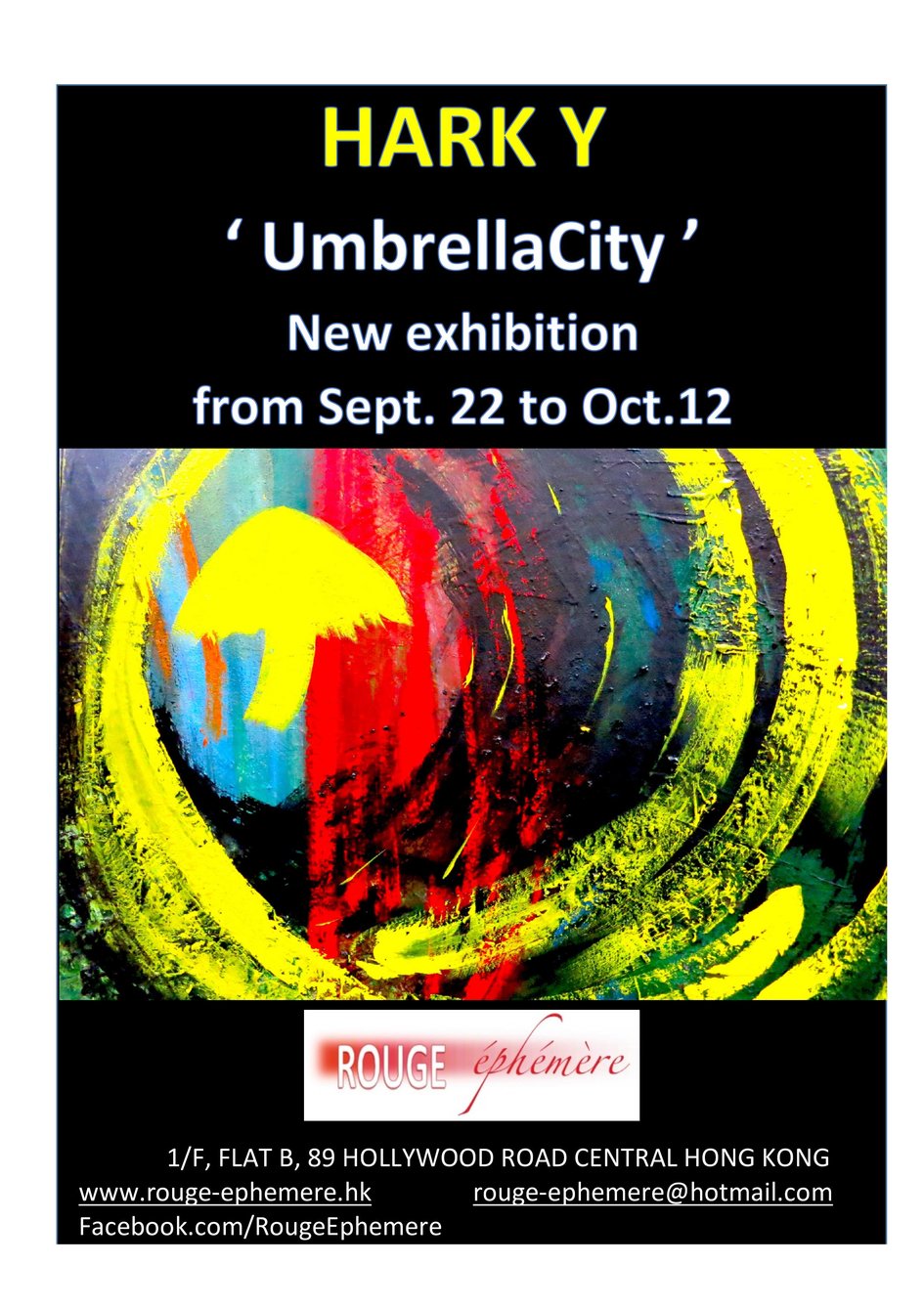 As a film director, UmbrellaCity (2016) is also the title of Hark Y’s documentary about the biggest pro-democracy movement in Hong Kong. Her coming book is on bilingualism/multilingualism (and learning French).

In July and August 2015, she had three photo exhibitions, NYCLondonHK: A Three-city Trilogy, in three public libraries in New York City and London: at the Grand Central Library and the Mulberry Street Library in New York, and the Westminster Reference Library in London. The exhibitions were photo journals of the Umbrella Movement and the follow-up of the NSA whistle-blower Edward Snowden’s story.

In 2011, she had a solo exhibition at the Hong Kong University of Science and Technology.

In June 2014, she took part in a group show on Press Freedom at the Foreign Correspondent’s Club, HK.

She has published two e-collections of poems, Hong Kong and Snowden’s Visit: the Unfinished Journey of a Ground-breaking Story, and Wall and Wishes: the Unfinished Dream of a Peppersprayed Umbrella.

She has self-published three books: Shadow Walking 100 hours in NYCLondonHK, Why Do People in Norwich Look Young? and will Hong Kong continue to be a place of Good Luck? (from 1989-2010).