Eric-Emmanuel Schmitt, a French and Belgian dramatist, novelist, fiction writer and film director, will be in town from November 5 to 8 this year. Eric Emmanuel Schmitt’s plays have been staged in over fifty countries and translated into forty languages. His breakthrough theatre work came with his script « Le Visiteur », which won Molière prizes for best author and best show in 1993/1994. His career as a novelist began with a renowned success for his work « The Sect of the Egoists », which won the Prix du Premier Roman de la Ville d’Arras in 1994.

In 2001, he received the the French Academy’s ’Grand Prix du Théâtre’ for the entire corpus of his work. And in 2010, he received the Prix Goncourt de la nouvelle for "Concerto à la mémoire d’un ange". This year Eric-Emmanuel Schmitt has been unanimously elected by his peer members of the jury of the Prix Goncourt, where he occupies the cover of Edmonde Charles-Roux, Jules Renard and Sacha Guitry. 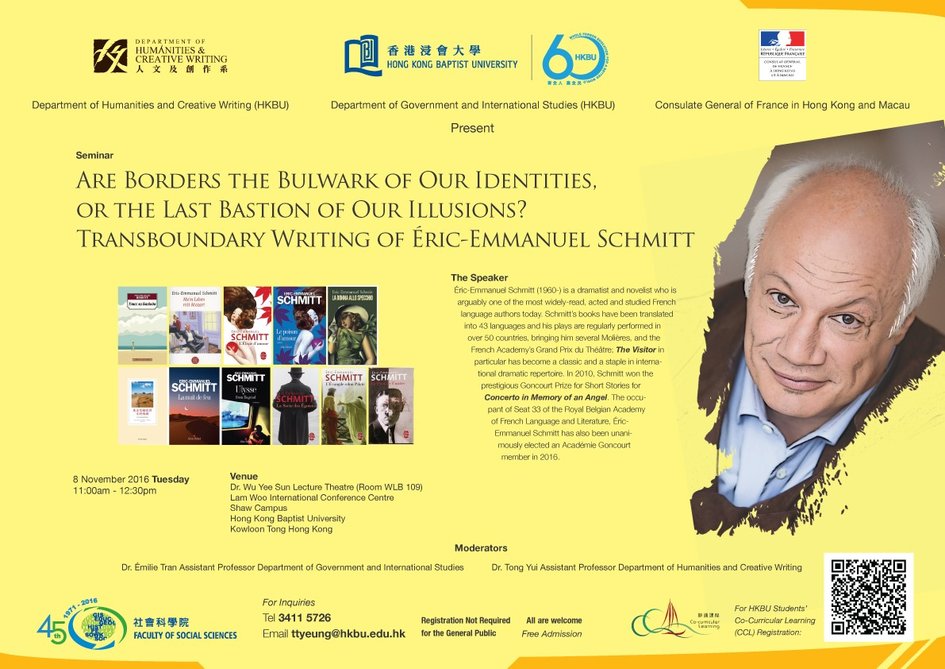