Before bestowing the decoration upon Dr. Li, Dr. Jacques Attali (www.attali.com), special adviser to the President of the French Republic, and founder and former Chairman of the European Bank for Reconstruction and Development, congratulated Dr. Li for his remarkable career, his constant contribution to the community and his commitment to the Franco-Chinese relationship. 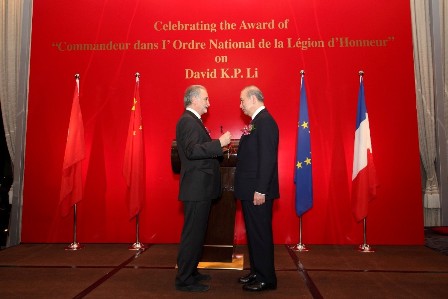 Dr. David K.P. Li receives the title “Commandeur in the National Order of the Legion of Honour” from Dr. Jacques Attali. 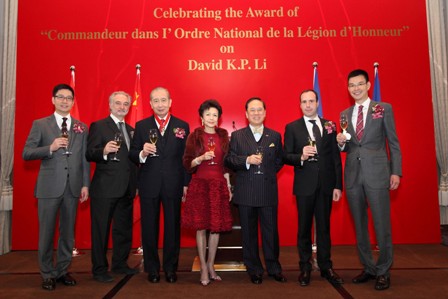