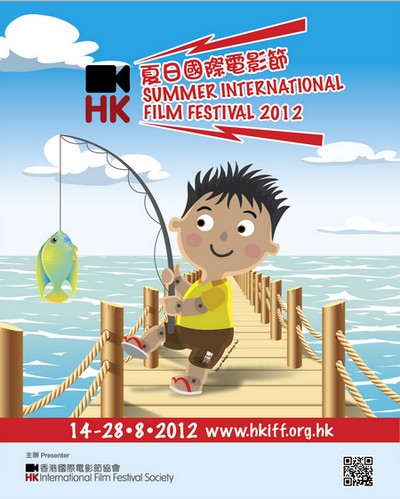 The IFF Summer 2012 edition boasts a wide selection of French movies, including Farewell My Queen, You Ain’t Seen Nothin’ Yet, La Noche de enfrente, and will pay tribute to producer Eric Rohmer.

Benoît Jaquot’s latest movie Farewell My Queen was released at the Berlin Festival early 2012, where it made a memorable appearance. The plot takes place at the dawn of the 1789 French revolution, and depicts the daily life of royal Versailles far from the worries of chaotic Paris. After the storming of the Bastille announcing a major turn of events, the Versailles royalty flees. But Sidonie Laborde, the main character devoted to Queen Marie-Antoinette, does not want to believe it. She ignores that the next three days will be her last.

You Ain’t Seen Nothin’ Yet was shown in competition for the Palme d’Or at the 2012 Cannes Film Festival. With his usual cast (Sabine Azéma, Mathieu Amalric…), Alain Resnais pays tribute to Jean Anouilh’s “Euridyce”. From beyond the grave, celebrated playwright Antoine d’Anthac gathers together all his friends who have appeared over the years in his play “Eurydice.” These actors watch a recording of the work performed by a young acting company, La Compagnie de la Colombe. During the screening, Antoine’s friends are so overwhelmed by their memories of the play that they start performing it together, despite no longer being the appropriate age for their various roles.

The festival will also pay homage to Eric Rohmer with three screenings: Claire’s Knee, The Green Ray and A Summer’s Tale.

The Summer International Film Festival will brighten your summer with a carefully-chosen selection of French, Asian and international movies, as well as a few festival-awarded films such as Moonrise Kingdom (shown at the opening of the 2012 Cannes Film Festival).

Please refer to the schedule of French film screenings below:

The SIFF will start on August 14th and will end on August 28th, 2012. Please refer to the festival’s website for the complete list of films: www.hkiff.org.hk.