On behalf of the “Distinguished Lecture Series – French Culture and Education”, The Education University of Hong Kong is organizing the lecture on “ Rising Inequality and Globalisation” that will be presented by Professor Thomas Piketty on Friday 5th October. All are welcome!

Awarded as the “Best Young Economist of France” in 2002, Professor Thomas Piketty is the author of the best-selling book “Capital in the Twenty-First Century” published in 2013, which emphasises the themes of his work on wealth concentrations and distribution over the past 250 years. With more than 2.5 million copies sold at the end of 2017, he obtained a first public success in France, before his work was published in English in 2014 and became a publishing success in the United States. This Distinguished Lecture is followed by a dialogue with Mr. Anthony Leung, Prof. Stephen Cheung, Mr. Leong Cheung and Prof. Lui Tai-Lok. 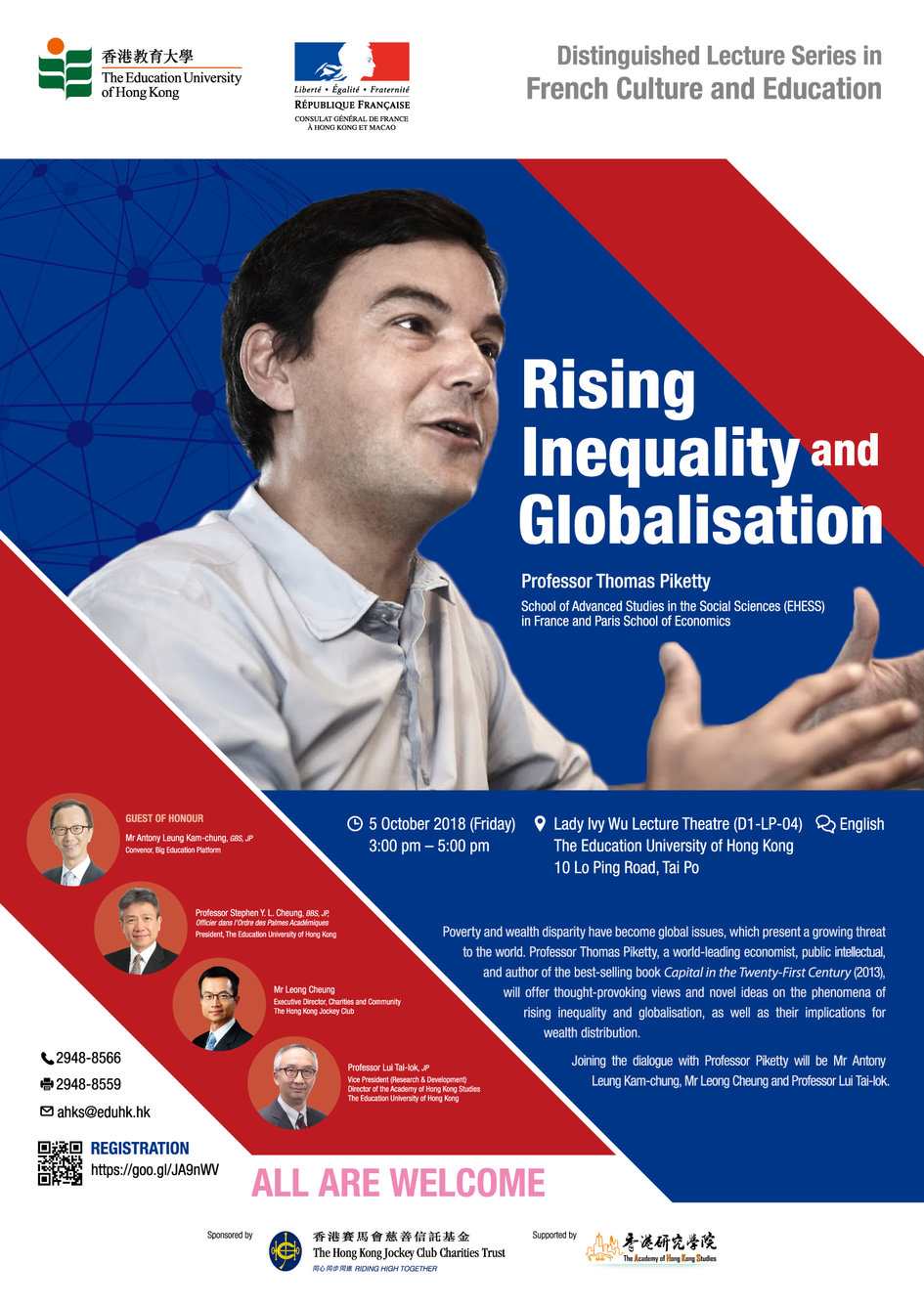