The Education University of Hong Kong has invited Mr Dominique de Villepin for the Distinguished Lecture Series in French Culture and Education on Wednesday October 23rd. He will present a conference on Napoleon Bonaparte as part of the Napoleon Year organised by the Consulate General of France for the 250th birthday of his birth. All are welcome!

Considered "one of the most celebrated and controversial leaders" in human history, Napoléon Bonaparte left an indelible mark on modern Europe and its civilisation in the realms of law, religion, culture, education and administration.

Mr Dominique De Villepin has written an award-winning book, Les Cents-Jours ou l’esprit de sacrifice, about the 100 days between the return of Napoléon from Elba and his defeat at the Battle of Waterloo. He will enlighten the audience on why Napoléon is still today one of the biggest world global icons.

The Distinguished Lecture is organised as part of the French Consulate’s campaign to celebrate the 250th anniversary of the birth of Napoléon. 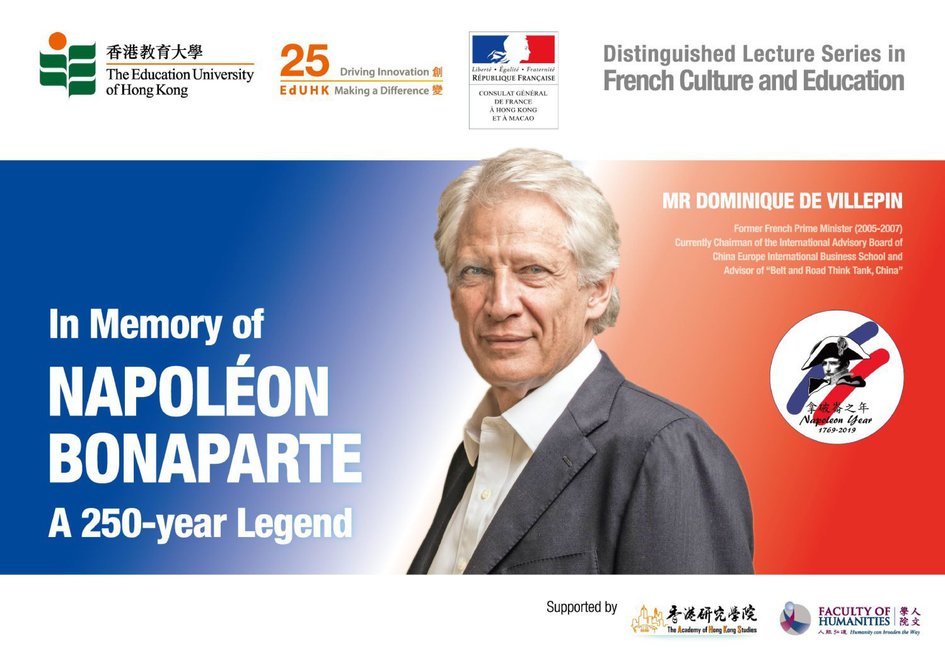 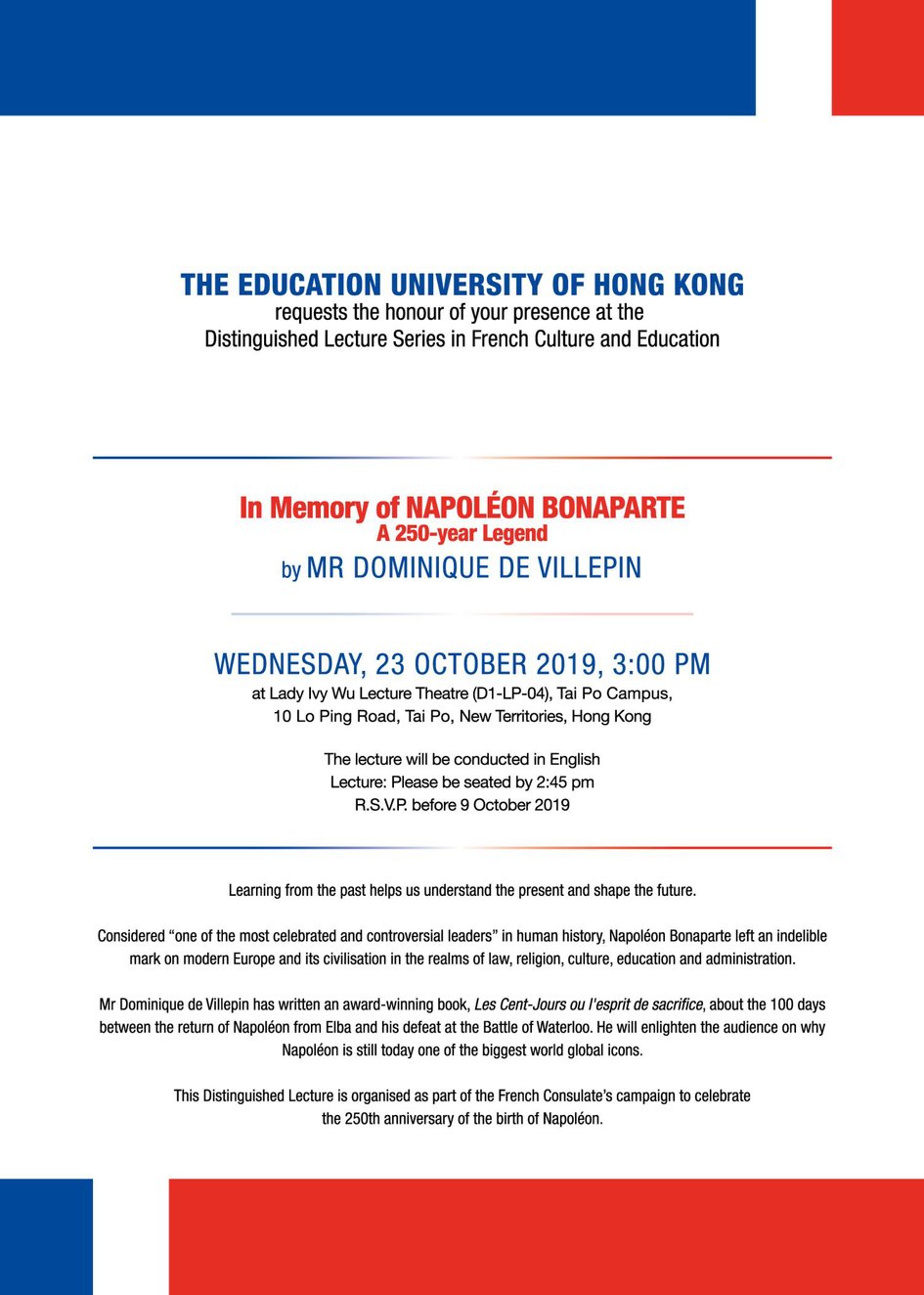