Before the Hong Kong release of its latest gem, AMOUR, and to celebrate the nominations at the Oscars and Cesar, MOViE MOViE is paying tribute to one of the greatest movie director, Michael Haneke, with the presentation of 5 films (including 4 French) during its February schedule, be sure to (re)watch these amazing titles!

“My films are intended as polemical statements against the American “barrel down” cinema and its dis-empowerment of the spectator. They are an appeal for a cinema of insistent questions instead of false (because too quick) answers, for clarifying distance in place of violating closeness, for provocation and dialogue instead of consumption and consensus.” — Michael Haneke, “Film as Catharsis”

“We’re all constantly guilty of something, whether it’s intentional or unintentional. In Code Unknown there’s the first scene where the black African sticks up for the Romanian beggar woman, and as a result he’s put in jail and she’s deported. Is he guilty of something or not? The problems involved with guilt are extremely complicated. It’s not that I intentionally did something bad and then I’m definitely guilty of something. Guilt can’t normally be defined so easily. Still you have to live with it and the consequences.”
— Michael Haneke, Austrian Film Commission

Juliette Binoche called Michael Haneke, saying she wanted to make a film with him in France. The result was the film Code Unknown, his first feature in the French language. The film trades Haneke’s concerns with violence and media for an intricate study of the immigration dilemmas facing contemporary Europe. Staged almost exclusively in unbroken shots, some running as long as ten minutes, it continues Haneke’s study of the ways in which we are manipulated by images. Winner of the Special Prize of the Ecumenical Jury at Cannes Film Festival 2000.

“Why do people follow an ideology? German fascism is the best-known example of ideological delusion. The grownups of 1933 and 1945 were children in the years prior to World War I. What made them susceptible to following political Pied Pipers? My film doesn’t attempt to explain German fascism. It explores the psychological preconditions of its adherents. What in people’s upbringing makes them willing to surrender their responsibilities? What in their upbringing makes them hate?” — Michael Haneke

The film’s title alludes to a loss of innocence. Crisply shot in black and white, and voiced by the old village schoolteacher (Ernst Jacobi), The White Ribbon reveals the mysterious goings-on of a rural German village just prior to World War I. A doctor falls off his horse, apparently tripped by a rigged wire. The son of the local baron is found beaten. A barn is burned down. Who is to blame? As the war approaches, suspicion begins to escalate, perhaps presaging Germany’s next 30 years.

“All of us have moments of selfishness, moments that we prefer to hide. The Daniel Auteuil character (Hidden) has this choice. The act that he carried out may not be likeable, may be reprehensible, but it is realistic… All of us have such hidden corners in our lives, we all feel guilty, about the relationships between the industrialized world and the third world, or how we deal with the elderly, for example... it may be alcohol, a drink before we go to bed, it may be sleeping pills, or we may donate money to children in the third world. But each of us pulls the blanket over our heads and hopes that the nightmares won’t be too bad. “ — Michael Haneke, Bright Lights Film Journal

The premise of this quietly terrifying film is fiendishly simple: Parisian couple Georges and Anne begin receiving videotapes of their home from an anonymous stalker. But there are many layers to this mystery, some tracing back to Georges’ childhood, while others are tied to France’s colonial past. Part paranoid thriller, part political allegory, Haneke raises questions of guilt, responsibility and complacency that have global implications. 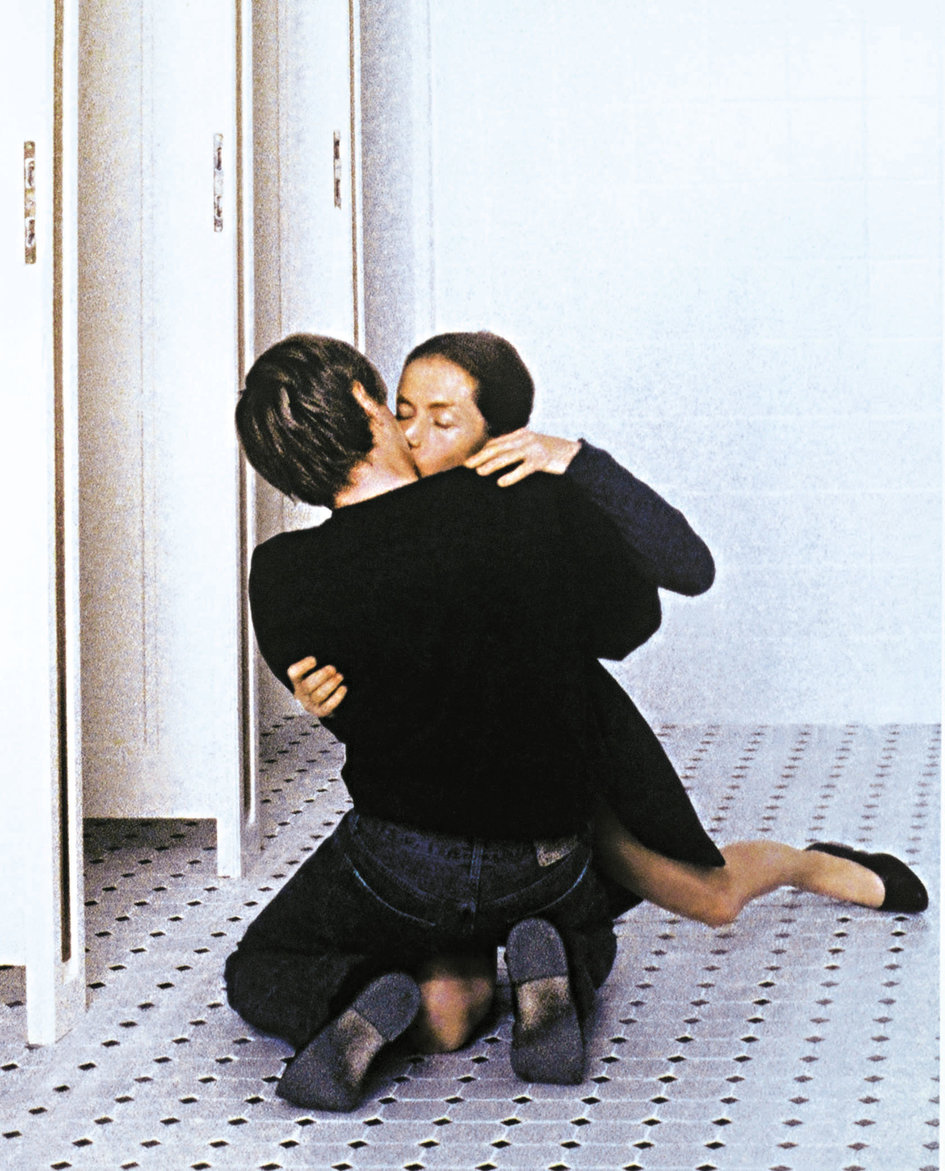 “There are many scenes that are both terrible and horrifying for the spectator and funny at the same time. There are really two types of laughter on the part of the spectator. There is the laughter of recognition–which means seeing things you’re familiar with and laughing at yourself. But there’s also hysterical laughter–a way of dealing with the things we see that upset us. This is also the case in our everyday lives: we turn to laughter as an escape valve.” – Michael Haneke, The Guardian

Based on the 1983 novel by Elfriede Jelinek, The Piano Teacher tells the story of Erika Kohut (Huppert), an apparently straight-laced piano teacher at the Vienna Conservatory, who lives with her tyrannical and domineering mother. Behind the façade, however, Erika indulges in a fascination for pornography, voyeurism and sadomasochism. When a promising young student attempts to seduce her, her desires set off an explosive and shocking series of events. Haneke ditches any attempt to explain Erika’s nature, instead simply exposing her grim reality, making this film an intelligent and thought-provoking examination of female repression.

Winner of Grand Prize of the Jury, Best Actress and Best Actor, Cannes 2001.

All the movies listed are also available on MOViE MOViE On Demand staring from 1/3, 2013, so that you can watch anytime you want! And Funny Games is completing this programme.