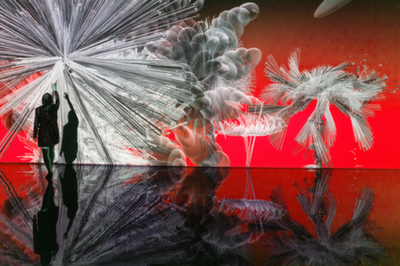 Digital Paradise, Miguel Chevalier’s first solo exhibition in Hong Kong will feature works from the artist’s celebrated virtual garden concept known as the Fractal Flowers series, including a new large-scale digital installation that will be shown for the first time.

Miguel Chevalier’s first Hong Kong exhibition is one of the highlights of a landmark year for the internationally recognised artist, whose recent projects include an iconic digital installation projected onto the façade of the Grand Palais during Paris Art Fair; Magic Carpets, an interactive light display in the former Sacré Coeur church in Morocco and at the Castel del Monte in Italy. His work, The Origin of The World, an immersive virtual reality installation, was one of the featured pieces at Metamorphosis of the Virtual 5 + 5, a group exhibition at the chi K11 Art Museum in Shanghai. The artist collaborates with Samsung in Berlin later this month, after being commissioned to create a digital installation that merges art with the latest technology. 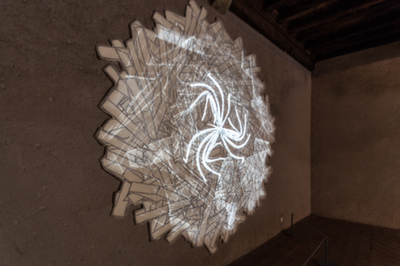 Born in Mexico and based in Paris, Miguel Chevalier is a pioneer of virtual and digital art, having focused exclusively on computers as an artistic means of expression since 1978 – before the personal computer became widely used by the public. During the exhibition, a series of educational events and programs will allow practitioners, students and the public to engage with the artist, who will share insights into his practice as it has evolved with technology.

“It’s not because I use a computer that I’m modern,” said Miguel Chevalier. “I’ve always preferred using the tools of today because I feel they offer such great potential in opening new, as yet unexplored fields in the world of the visual arts.” 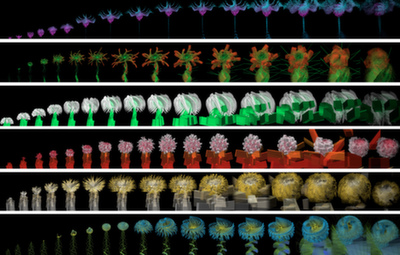 Digital Paradise presents a myriad of forms and mediums in the Fractal Flowers series, an evolution of the artist’s work that began at the start of this decade titled Other Natures. The works are often large-scale yet intimate observations of the plant kingdom, transposed within a digital universe. The process of developing computer-created coloured plant forms is in fact directed by software conceived specifically by the artist. Miguel Chevalier creates "virtual seeds", allowing them to grow, come to fruition, die, and be reborn – giving birth to an infinite variety of forms and landscapes in a generative virtual reality.

Beyond their aesthetic and playful qualities, Fractal Flowers questions both the status of the work of art in the digital era and the stakes involved with genetic manipulation. Nothing can predict what these “fractal flowers” might produce, free as they are to infinitely cross and reproduce. Visitors to Digital Paradise will not only have their own immersive experience with the centrepiece of the exhibition, their presence will in fact alter the piece as it responds and changes with interaction - constantly transforming, never repeating.

With Fractal Flowers, he demonstrates that his artistic intent is firmly anchored in our technological age. And, as Mexico’s Consul General to Hong Kong, Alicia Buenrostro Massieu points out, his monumental and iconic works have the power to captivate audiences around the world: “Miguel Chevalier’s works at the Fine Arts Palace in Mexico City and the Grand Palais in Paris cemented him as a worthy contemporary heir to the great modern muralists of his native Mexico, Diego Rivera and David Alfaro Siqueiros, who both created works in public spaces so that art became accessible to the largest possible number of people”. 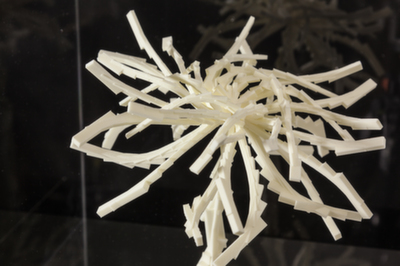