In order to celebrate the Francophonie 2017, Dictée de Bernard Pivot will be organised in China in March 2017. The final selection, which will take place at Swiss Embassy in Beijing in China on March 20, will gather all the most linguistically gifted in French language in China. And for the very first time, one finalist will be selected in Hong Kong as a representative of the region for this prestigious and well-known French language spelling competition. 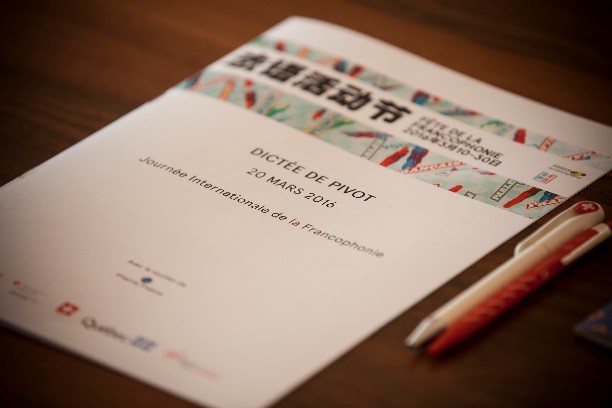 To take part in Dictée de Bernard Pivot, one must fulfil the requirements below: • Resident of the Hong Kong Special Administrative Region • Born in Hong Kong • Between 18 and 25 years old • Possess a level not lower than CEFR B2 in French language • Available to participate in the final round of the competition on March 20 in Beijing

The round of the competition in Hong Kong will take place on February 25 morning at the Consulate General of France in Hong Kong.

Awards will be given to selected contestants so as to recognize their efforts: • 1st prize : a one-year subscription to TV5 monde channel • 2nd prize : a French course at Alliance Francaise de Hong Kong • 3rd prize : 2 tickets for the French music group « La Femme Asian Tour » in Hong Kong on March 9 • All contestants will receive a gift from the Consulate General of France in Hong Kong • Three contestants will be selected by the selection panel and will be invited to an award ceremony, which will take place at the Residence of France on March 9

The awards at final selection in Beijing are as follows:

1st prize Trip for 2 to France and Switzerland They will be invited to Académie française, a private visit to Palace of Versailles and will be invited as VIP to the Comédie française, one of the state theatres in France. This award will be presented by His Excellency French ambassador to China, Maurice Gourdault-Montagne and His Excellency Swiss Ambassador to China, Jean-Jacques de Dardel

Prizes for participants ranked from 4th to 10th are to be confirmed. All participants at the final round will receive prestigious consolation prizes such as a Casio EY400 E-dictionary. 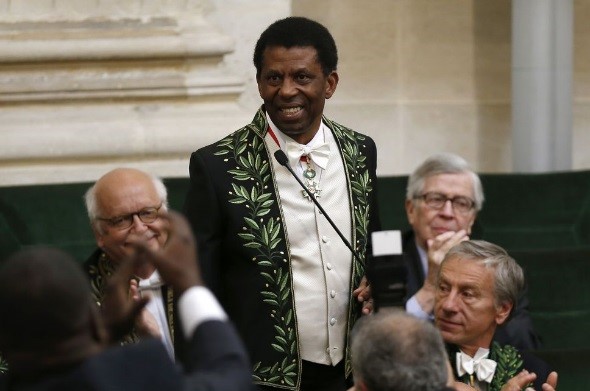 Dany Laferriere, a distinguished writer and journalist who was elected to the Académie française, will read the text at the final round of La Dictee on March 20. An excerpt of his works Tout ce qu’on ne te dira pas, Mongo has been selected as the text for la Dictee in 2016 l’édition 2016 qui reprenait un extrait de; (Published by mémoire d’encrier). With his brilliant works which are widely recognized, Dany Laferriere is therefore the ideal ambassador of the French language and Francophonie festival this year.

Dany Laferrière (Windsor Klébert Laferrière) was born on April 13, 1953 in Port-au-Prince where he spent his childhood and adolescence. He is an Haitian-Canadian intellectual, writer, novelist and journalist. He was awarded In 2009, Laferrière won the prestigious Prix Médicis for his 11th novel, L’énigme du retour. He was elected to the Académie française on 12 December 2013, and inducted in May 2015.