"Declaration of War" released in Hong Kong cinemas from May 10th 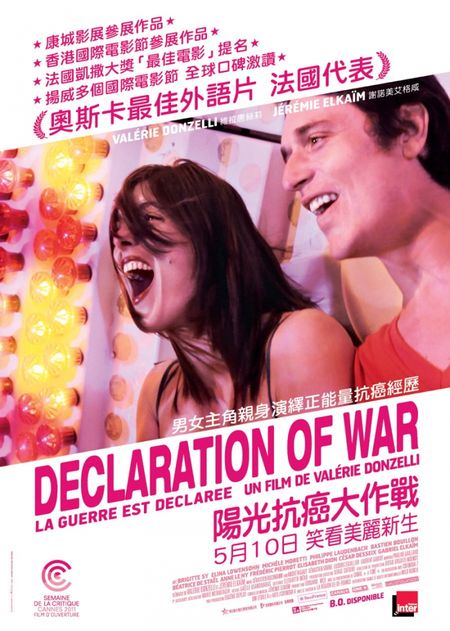 A couple, Roméo and Juliette. A child, Adam. A fight, a disease. And above all, a great love story, theirs...

In competition during the last edition of Hong Kong International Film Festival, this French film directed by Valérie Donzelli is one of the first films shot and produced by a digital camera.

Released in France in 2011, it was screened around the the world in various festivals (Cannes 2011, Paris Cinema, ...) and was nominated six times in the last ceremony of the french Caesar.

Actress and director Valerie Donzelli was in Hong Kong in March to introduce this film that comes from her own history.

If you did not have the chance to see Declaration of War at the HKIFF, try again from May 10 in Hong Kong theaters.

Where to see the movie : http://www.cinema.com.hk/revamp/html/cinema_every.php?lang=e&cinema_id=12