In recent years, many International film festivals including the prestigious Berlin Film Festival have a culinary section featuring films about food. This year, Culinary Film Festival 2012, will showcase four festival-selected culinary films at UA iSQUARE and UA Cityplaza, taking audiences to the world of Michelin-starred kitchen. 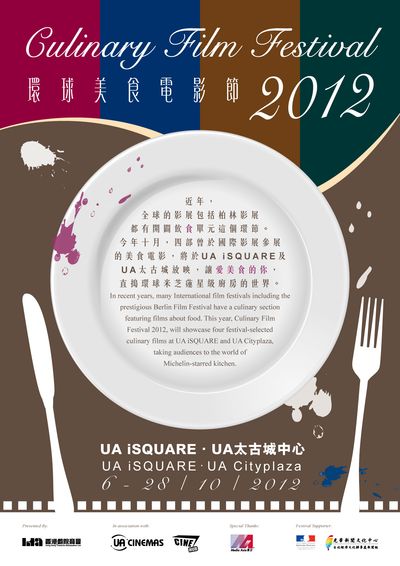 Step Up to the Plate

In French with English Subtitles 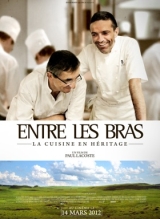 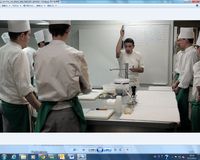 SynopsisIn 2009, Michel Bras, at the head of a 3-star restaurant (Michelin guide), in the heart of the Aubrac region, decides to hand over to his son Sébastien. A father and his son, both at a crucial time in their careers. Is it possible to pass on one’s life’s work? Is it so easy for a son to make a name for himself? This film is the story of a family over three generations, a fine reflection on passing down know-how on heritage. Official selection of the Berlin Film Festival (Culinary Cinema Category).

About Michel BrasMichel Bras took his first steps towards becoming a professional cook by tending the stove in his mother’s kitchen at the family run Hotel-Restaurant, Lou Mazuc when he was a boy. Michel was largely self-taught and created his own culinary world by drawing on the native traditions of his beloved Aubrac. In 1981, he created the emblematic recipes, La Gargouillou and Le Coulant. 1982, the Michlin Guide awarded Lou Mazuc its first star and in 1987, awarded it the second star. He opened Le Suquet in 1992, and awarded as three-stars Michelin restaurant in 1999.