To mark the partnership between the Consulate General and TWGHs Yow Kam Yuen College under Project WeCan, Mr. Arnaud Barthèlemy, Consul General of France in Hong Kong and Macau, participated in the 30th Anniversary Celebration Ceremony of the school as an officiating guest, alongside with Mr. Ivan Sze Wing Hung, Honorary Supervisor and Chairman of the Tung Wah Group of Hospitals, last Friday (23 Jan 2015). 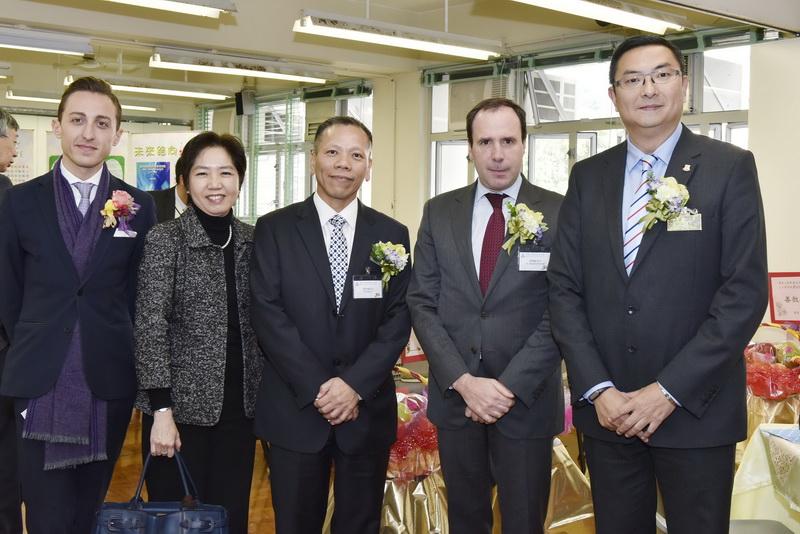 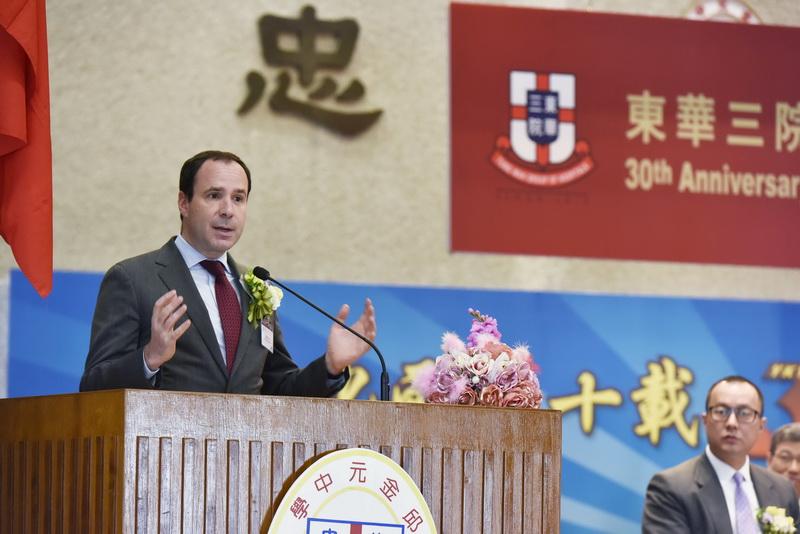 During his speech, the Consul General recapped several activities we had organized for the TWGHs YKY College under Project WeCan, including the performance of their symphonic band at the Le French May 2015 Preview Cocktail and a visit at the renovated library of the Alliance Française of Hong Kong in Jordan. He was also delighted to annunciate various coming activities for the students, like a visit to the Consulate General, educational events and complimentary tickets of Le French May, and cultural exchanges with the French International School. "We hope that this first touch of French culture and French language would be beneficial to the students and broaden their horizon," Mr. Barthèlemy said. 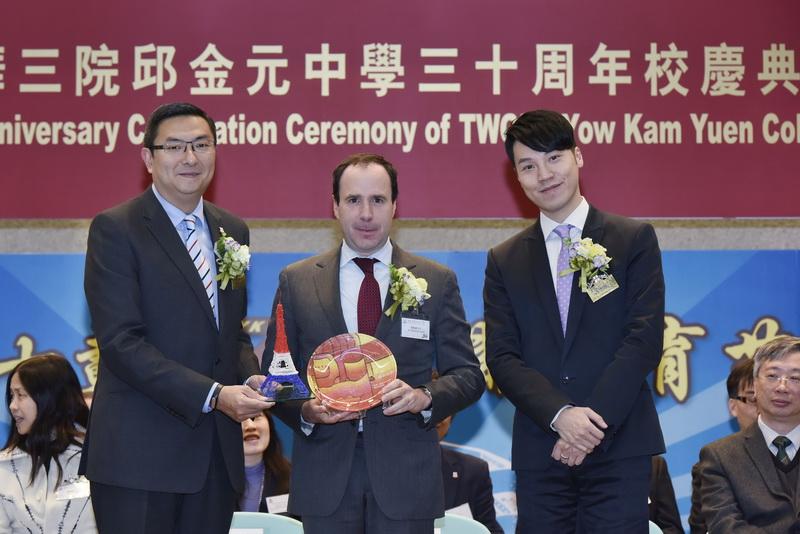 Other highlights of the ceremony included an inspiring speech given by the principal Mr. Tai Pak-Shing, a presentation of long-serving prizes for teaching staff, and last but not least, a music performance of with French pieces from Bizet and Ravel by the school’s symphonic band and string ensemble. 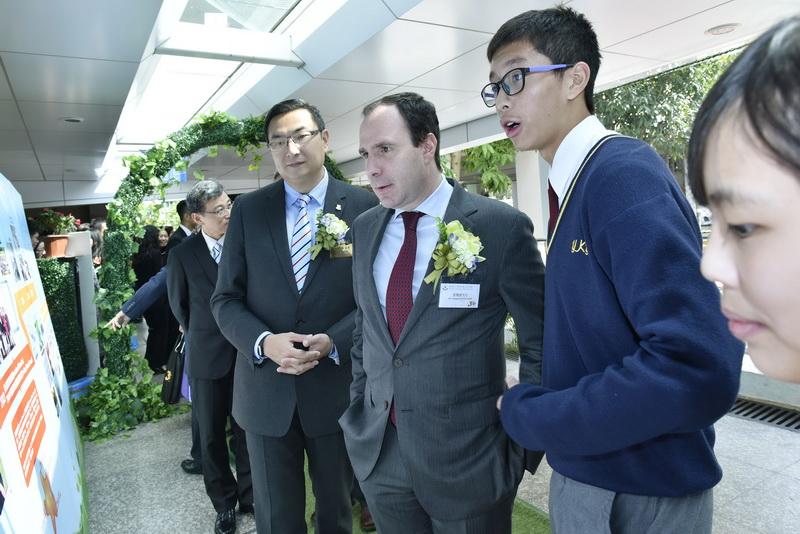 The ceremony was followed by a visit to the school exhibition. The Consul General was having a great time learning about the history of the school in the past 30 years, thanks to the detailed explanation given by a student representative and TWGHs Chairman Mr. Ivan Sze. He was deeply impressed by the remarkable and considerable development achieved by the school since its establishment in 1985.

We are here to wish the college a happy 30th anniversary pearl jubilee and we are very much anticipated the coming celebrations of “jubilees” of the school. 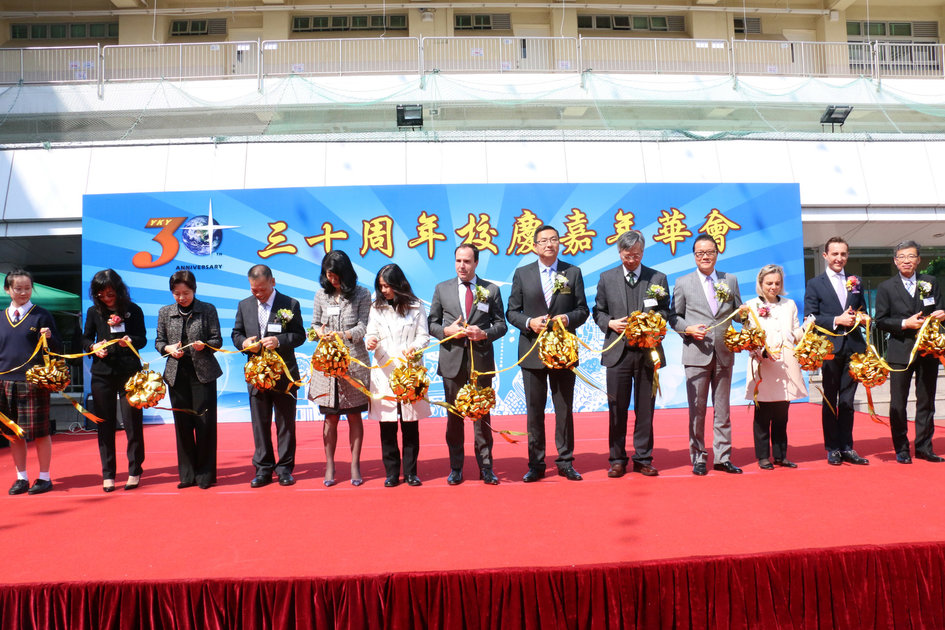 Mr. Arnaud Barthèlemy (Consul General of France), Mr. Ivan Sze (Chairman of TWGHs), along with Mrs. Anne Denis-Blanchadon (Consul for Culture, Education and Science) and Mr. Julien- Loïc Garin (CEO of Le French May) were among the other honorary guests at the Ribbon Cutting Ceremony of the 30th Anniversary Carnival 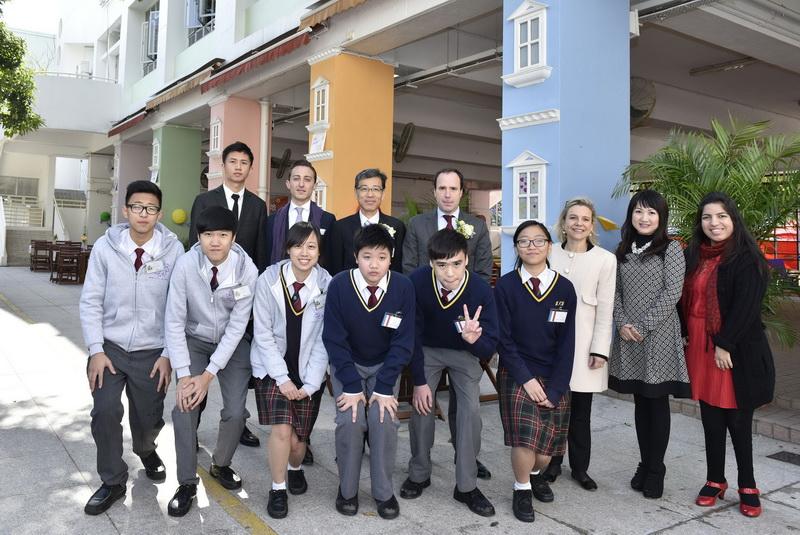