A press conference was held on 16 December 2011 (Friday) at the Consulate General of France about the Comprehensive Double Taxation Agreement (CDTA) between France and Hong Kong. 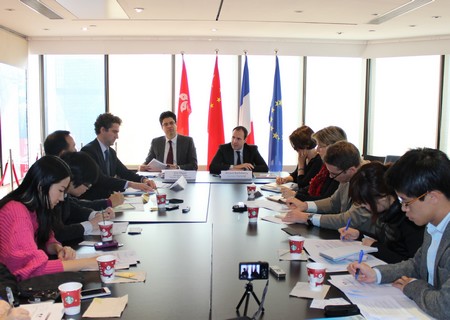 The agreement between France and Hong Kong SAR for the avoidance of double taxation and the prevention of fiscal evasion with respect to taxes on income and on capital has entered into force on 1 December 2011.

Mr. Arnaud Barthélémy, Consul General of France in HK and Macau, Mr. Eric Mayer, Managing Partner of Thomas, Mayer & Associés, Ms. Rebecca Silli, Partner of Gide Loyrette Nouel and Mr. Nicolas Vanderchmitt, Partner of the HK Office of LPA, Lefevre, Pelletier & Associés were present at the conference. They explained the details of the agreement which would contribute to the already flourishing economic relations between Hong Kong and France. 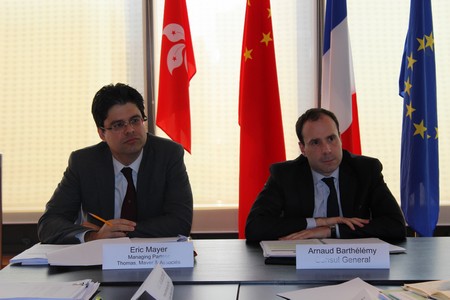 More contents can be found in the press release and the presentations: http://consulfrance-hongkong.org/16-Dec-2011-Comprehensive-Double

Details of the Hong Kong/France CDTA can be found on the Inland Revenue Department’s website: http://www.ird.gov.hk/eng/pdf/Agreement_France_HongKong.pdf

The signing of the agreement between France and Hong Kong in October 2010 (in French): http://consulfrance-hongkong.org/La-France-et-Hong-Kong-signent-un