Cocktail for the 12th edition of the Alexandre Yersin Scholarship Programme

A cocktail in honor of the Alexandre Yersin scholarships has been held the 2nd of August at the Consulate general of France.

It was the occasion to thank Turkish Airlines, the official airline sponsor of the 2012 edition and meet the recipient of the scholarships, some representatives of Hong Kong Universities, the French Alumni association and the Alliance Française.

The Alexandre Yersin Excellence Scholarships offers 6 scholarships of €909 per month every year to Hong Kong and Macau permanent residents applying for a master degree or equivalent in a French institution and who are not older than 35. Created in 2000, this program has already sent 67 students to France.

After the opening speeches, the awardees received a symbolic cheque from Arnaud Barthélémy, Consul General of France in Hong Kong and Macau and Mr. Salih Kece, General Manager of Turkish Airlines in Hong Kong, Philippines, Taiwan. 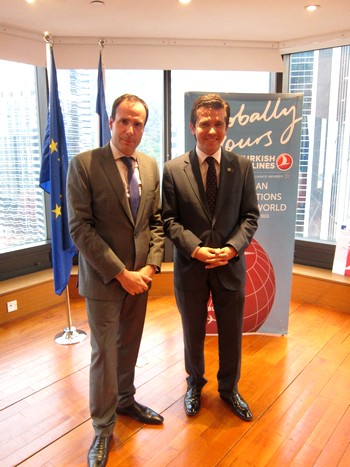 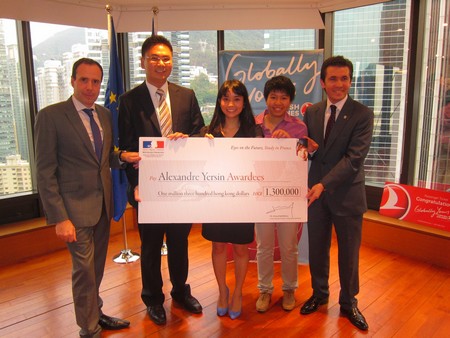